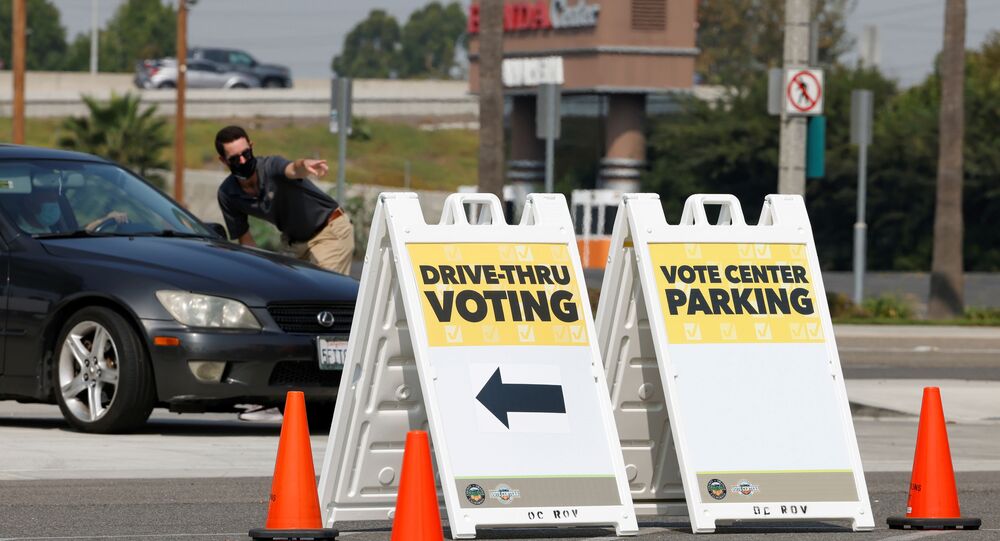 Historian and journalist Gareth Porter claims in his latest piece that further doubt is being cast on the Russiagate narrative, as a recent article in an independent Russian newspaper prompted the government of Michigan to contradict previous assertions of Moscow-ordered hackings targeting US election affairs.

Porter joined Radio Sputnik’s By Any Means Necessary on Wednesday and first clarified to hosts Sean Blackmon and Jacquie Luqman that his latest article featured in The Grayzone is not the first time he has written about the false Russiagate narrative and how the American public has been misled following special counsel Robert Mueller’s investigation.

The Senate Intelligence Committee report disseminated by the New York Times and other mainstream Western outlets claimed that voter registration databases were among the election infrastructure attacked in all 50 American states by Russian hackers in 2016.

According to the investigation footnotes, the Department of Homeland Security (DHS) defined election infrastructure as “storage facilities, polling places, and centralized vote tabulation locations used to support the election process.” Furthermore, the Russia investigation found voter registration databases were “not as secure as they should have been.”

The report made mention of Michael Daniel, who from June 2012 to January 2017 served as special assistant to President Barack Obama and cybersecurity coordinator for the National Security Council, a role that was later eliminated through the efforts of ex-national security adviser John Bolton. Daniel also believed that Russian hackers had targeted election infrastructure in all 50 US states.

Citing a September 1 report in Russian independent newspaper Kommersant, Porter’s piece highlighted that “a user on a dark web Forum known as Gorka9 offered free access to databases containing the information of 7.6 million Michigan voters, along with the state voter databases of Connecticut, Arkansas, Florida and North Carolina.”

This prompted Michigan Secretary of State Jocelyn Benson’s office to release a statement clarifying that the database containing the information of some 7.6 million individuals had not been hacked, as such information is obtainable via a Freedom of Information Act (FOIA) request.

Investigations into the data offered on Gorka9 found that it was already publicly available, according to NBC News. The fact that such information can already be found on the internet suggests the Russian government wouldn’t have much motive to hack official databases to get it, and the FBI and DHS noted that “a lot of voter registration data is publicly available or easily purchased.”

However, Benson’s announcement came about after reporters, such as GQ correspondent Julia Ioffe, began to spread allegations of Russian election interference.

“Russian journalists have discovered data from Michigan voter data rolls - including the personal info of 7.6 million Michigan voters - on a Russian hackers’ platform. It also includes voter info from other swing states, including Florida and NC,” she alleged in a series of since-deleted tweets posted on September 1.

However, she added, “As some people have correctly pointed out, this is publicly available information. A lot of it has been floating around for a while. It’s just unclear what these hackers are using it for, other than scamming the State Department.”

The DHS has claimed Russian “cyber operations targeting election infrastructure could be intended or used to undermine public confidence in electoral processes and potentially the outcome,” Porter argued that the entire Russiagate narrative ignores the “fundamental reality that criminal hackers have been hacking into these state databases … in order to get personal information.”

“Why?” he asked. “Because they sell it to scammers.”