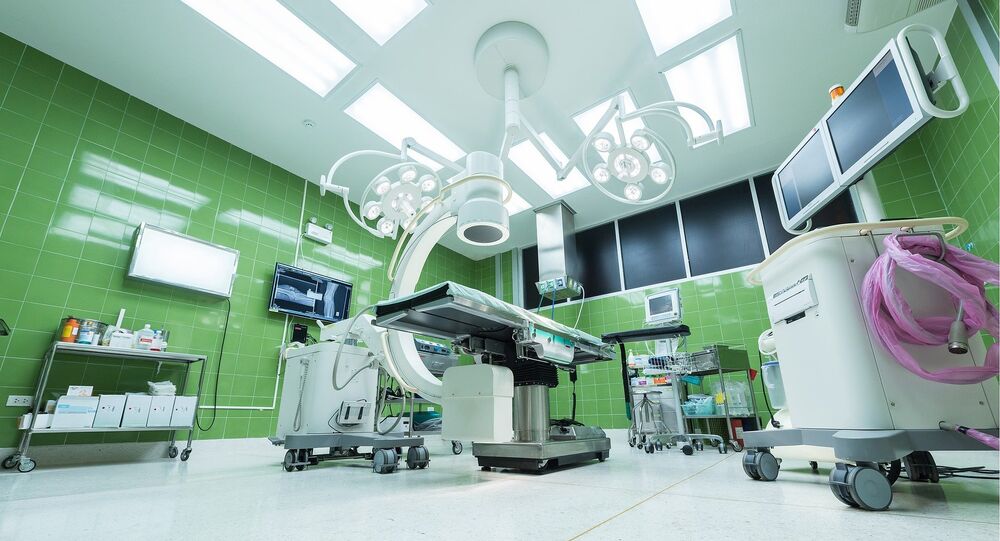 A nurse-turned-whistleblower at a Georgia detention center claimed acts of gross medical misconduct are being perpetrated against female immigrants detained by US Immigration and Customs Enforcement (ICE). An immigration lawyer told Sputnik it was the “most shocking” human rights violation he had seen in the facility’s recent history.

Immigration attorney Jason Dzubow joined Radio Sputnik’s By Any Means Necessary on Tuesday and asserted to hosts Sean Blackmon and Jacquie Luqman that the acts alleged within the complaint are the “most shocking” things he’s heard in the “15 years or more” he has spent tracking the facility.

He noted that prior to the recent detention of migrants with both criminal and clean records at the border, the primary detainees of the ICDC were men. Now, women have also been thrown into the allegedly corrupt facility “because they’re either pending removal [from the US] or they ... tried to enter the country and seek asylum, and they’re pending determination on their case,” Dzubow clarified.

“So a lot of them are just non-criminals, and a lot of them are victims of persecution and other harm and crimes,” Dzubow explained. “They’re now being detained, waiting for their day in court, which they’re entitled to under the law.”

Dawn Wooten, who was employed by the ICDC as a licensed practical nurse, alleged in the complaint that a facility doctor, whose name she refused to disclose, had been performing an alarming number of hysterectomies on ICE-detained immigrant women.

“Everybody he sees has a hysterectomy - just about everybody,” Wooten said of the medical doctor.

“I’ve had several inmates tell me that they’ve been to see the doctor, and they’ve had hysterectomies, and they don’t know why they went or why they’re going.”

Wooten explained that though some women may need a hysterectomy to correct heavy menstruation or other severe issues, “everybody’s uterus cannot be that bad.”

The nurse detailed that a young detained immigrant woman had to receive a full hysterectomy after the doctor removed her healthy right ovary, instead of the left ovary, which had a problematic cyst.

“She still wanted children - so she has to go back home now and tell her husband that she can’t bear kids … she said she was not all the way out under anesthesia and heard him [doctor] tell the nurse that he took the wrong ovary,” Wooten recounted.

As for the ongoing COVID-19 pandemic, the complaint issued to the DHS OIG claimed “medical neglect” had occurred, with detained immigrants being denied COVID-19 testing at the ICDC, which Dzubrow highlighted is a for-profit facility.

Furthermore, the private facility’s employees are allegedly permitted to “work while they are symptomatic awaiting COVID-19 test results.” There were also reported incidences of ICDC management “hiding information from employees and detained immigrants about who has tested positive for COVID-19.”

Dzubow stated that he hopes that despite the US’ numbness to such objectively shocking details, the complaint will at the very least, bring about a DHS investigation into the doctor who allegedly performed the series of questionable hysterectomies.

“For years, advocates in Georgia have raised red flags about the human rights violations occurring inside the Irwin County Detention Center,” Project South Staff Attorney Priyanka Bhatt stated in the organization’s Monday release on the matter.

“We call on DHS to conduct an investigation into the Irwin County Detention Center in order to protect the health and safety of the detained immigrants and the workers there.”