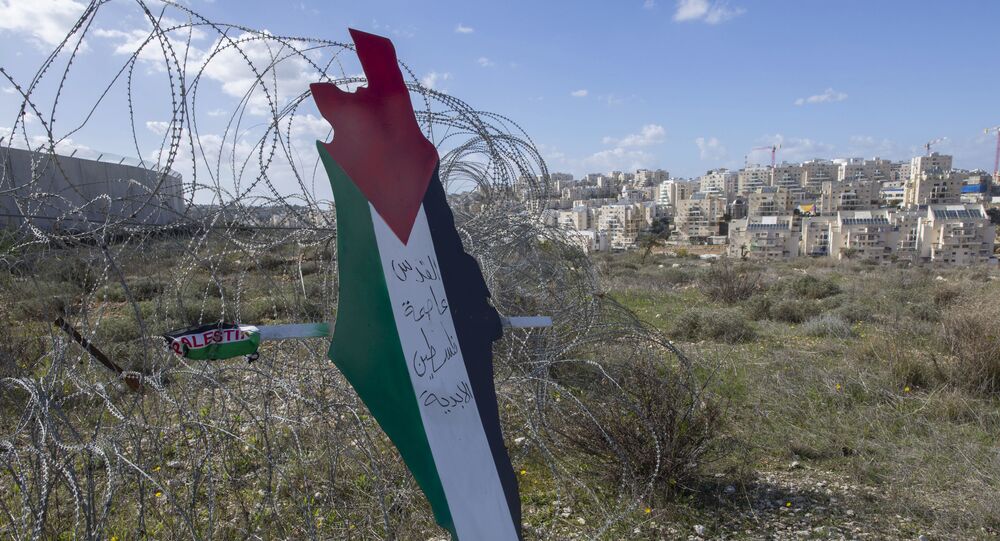 Palestinians used to pride themselves with the achievements of their diplomacy, says a Fatah member, critical of his government. Now, however, that past glory is gone as Gulf states prefer to sign deals with Israel, bypassing the PA.

Final preparations are currently underway in Washington, where Israel will sign its peace and normalisation agreements with the United Arab Emirates and Bahrain respectively.

However, the event has not been met with much enthusiasm on Palestinian streets.

Tuesday has already been declared as the day of rage across the West Bank, with Palestinians expected to raise their flag in objection to the normalisation deals.

Palestinians around the world are also being encouraged to take to the streets, staging demonstrations against the agreements in front of the US, UAE and Bahrain embassies.

"The Palestinian people are angry and disapproving of the normalisation agreements," said Dimitri Diliani, a member of Fatah Revolutionary Guard, "but the weird thing is that the PA hasn't done anything to prevent these deals from happening. They haven't even talked to Abu Dhabi since 2014".

Yet, there have been attempts to change the situation. Shortly after the announcement that proclaimed the normalisation of ties between the UAE and Israel, the Palestinian Authority recalled its ambassador from Abu Dhabi, with PA politicians firing left, right and centre in their condemnation of the deal.

Similar measures were also taken after Bahrain followed the steps of the UAE, a move that Diliani decried as "a failure of Palestinian diplomacy".

"In the past we were proud of our diplomatic machine. Now nothing has been left of its past glory."

The last achievement of the Palestinian diplomacy, says Diliani, occurred in 2012 when the PA was admitted to the United Nations as a non-member observer state.

Some gains have also been obtained by pro-Palestinian groups that pushed the International Criminal Court to open a probe into Israel's alleged war crimes in the West Bank and Gaza, and the pressure they exerted on some European states to label Israeli products made in what's considered to be "occupied" Palestinian territories.

However, these have paled in comparison to the achievements of Israel's advocacy. Although the Jewish state hasn't invested much funds into its foreign ministry, diverting most of the nation’s resources to the security apparatus, it did manage to obtain the support of several international players, partially due to the personal connection between Prime Minister Benjamin Netanyahu and US President Donald Trump and partially due to the country's diplomatic efforts.

Since 2017 and up until today, Israel has managed to bang out a number of impressive gains. Shortly after Trump took office, he recognized Jerusalem as the capital of the Jewish state, moving the US embassy there several months later and pushing other countries to follow suit.

Later, in 2019, the Trump administration acknowledged the legality of Jewish settlements in the disputed West Bank, worked on promoting a resolution to the Israeli-Palestinian conflict, and tried to bridge the gaps between Israel and the Gulf states, efforts that have been bearing fruit at the present.

Diliani refutes allegations that the normalisation deals will take Israel's "annexation plans" off the table. Nor does he believe that the pacts will bring economic benefits to the Palestinians, simply because of Ramallah's "stubbornness and pride".

"The Palestinian leadership is OK with accepting money from Israel and Qatar [that funds its rival, Hamas - ed.] but it is not going to take a dime from the UAE. But the rift with the Gulf state has nothing to do with national interests, it is only motivated by President Mahmoud Abbas' fears of Mohammed Dahlan," explained Diliani.

Dahlan, once Fatah's Preventive Security Chief in Gaza, had to flee the Strip shortly following the coup of 2007 that put Hamas in power, and although he has been living for years in the UAE, Abbas, whose popularity has sunk over the past several years, has always viewed him as a potential rival, waiting for a convenient moment to remove the PA chief from office.

And while Abbas is concerned with his personal vendetta, Diliani warns that the Palestinian Authority might fail to notice other potential deals that Israel is working on right under their nose.