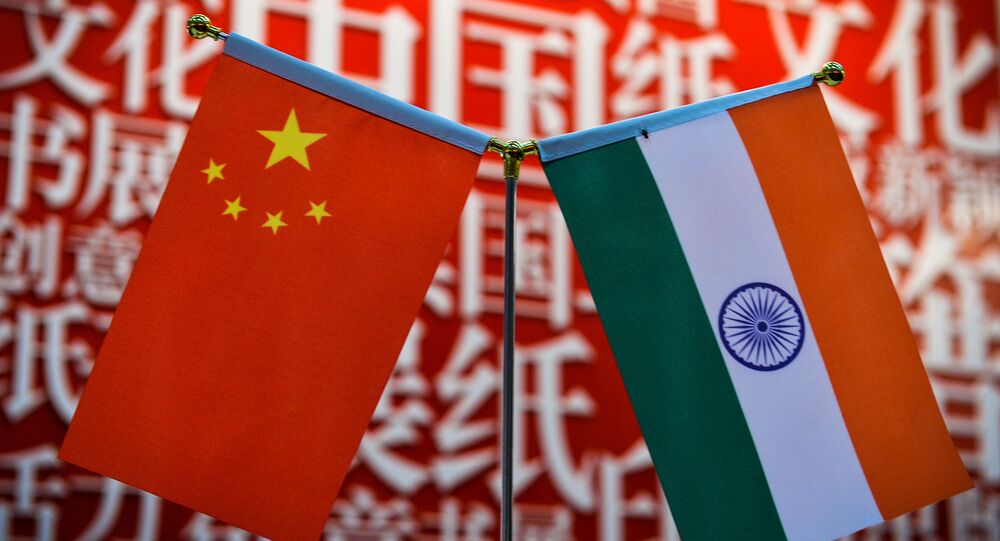 India is not yet capable of becoming China’s economic rival in Iran, according to various pundits and lawmakers. Moreover, the United States is limiting New Delhi's political ties with Tehran, according to experts commenting on the Indian Defence and Foreign Ministers’ visits to Iran.

India is concerned about Chinese cash becoming involved in a project to develop the Iranian port of Chabahar, as well as Tehran’s recent initiative to create an "alliance" that could include China, Turkey, Russia and Pakistan. According to the Indian media outlet, The Print, these two reasons prompted the Indian foreign minister to visit Tehran. The news outlet did not rule out that Chinese money might be involved in the second stage of the Chabahar port project: the railway between Chabahar and Zahedan. This administrative centre of Sistan and Baluchestan Province is located near Iran’s border with Pakistan and Afghanistan. The railway is part of the North-South International Transport Corridor and India has so far failed to implement this project, according to reports. Iran announced its intention to complete the line on its own, but has left the door open for India to join. The two countries’ defence ministers discussed the project, as well.

India’s diplomatic activity is reportedly motivated by a desire to reformat its ties with Iran, according to Irina Fedorova from the Institute of Oriental Studies of the Russian Academy of Sciences.

"The level of Indian-Iranian economic and political cooperation has seriously decreased due to India’s building up ties with Saudi Arabia and rapprochement with the United States. As a result, India slowed down implementing the project to modernize the port of Chabahar, reducing investment in this project. This caused Tehran’s discontent and triggered repeated warnings, saying that if India was not ready to expand cooperation, Tehran would look for other options and opportunities. In that context, relations with China further strengthened. China expressed interest in investing in the Chabahar port project as well as in a number of other projects. For that reason, India considered improving its relations with Tehran. It is in this context that Indian ministers’ recent visits to Tehran in should be viewed."

Is India capable of becoming a serious economic and political rival to China in Iran? According to Ji Kaiyun, head of the Centre for Iranian Studies at Southwest University of China, India’s lacks the ability and resources to compete.

"There is some competition between China and India in Iran in terms of energy exports or investment cooperation in projects throughout the country. Meanwhile, India still lacks the potential to be considered a competitor to China. In particular, although India is the leader in the software industry, the potential of its economy and national enterprises is relatively weak. Its infrastructural capabilities are rather weak compared to China. Moreover, relations with China are more important for Iran than relations with India. Besides, energy interdependence between Iran and China is very high. In the international arena, China is able to provide much more help and support to Iran than India. Chinese-funded companies have been successfully operating in Iran for almost 40 years; this is a good economic base, which can’t be compared to India’s contribution. Regardless of whether Iran develops relations with Pakistan or with India, I don’t think it’s a great threat to China; this is just competition."

Speaking of China-India competition for an economic presence in Iran, Beijing reportedly has a significant advantage in the balance of influence. India’s current diplomatic activity is not able to counter China’s influence in the region, Fedorova said.

"It’s not just the balance of economic potentials. Politically, Iran looks to China as well. Unless India makes some serious effort, it will end up among Iran’s last partners. India is now very much dependent on the United States. The Americans set up barriers, preventing India from developing economic cooperation with Iran. In addition, if earlier, India showed interest in Iranian oil, despite the fact that Iran sharply reduced prices due to American sanctions, it now satisfies its needs for energy supplies with the help of Saudi Arabia. India is moving towards rapprochement with the United States. India sees the US as a counterbalance in its relations with China, which is reflected in all aspects of India’s foreign policy. At the moment, India cannot be considered a serious competitor to China in the Gulf region."

On 9-10 September, the foreign ministers of China, India and Iran were in Moscow to attend an SCO ministerial meeting. One of the intrigues of this event is whether China-India and China-Iran talks will take place on the sidelines of the meetings. Unofficial sideline meetings are said to be of great political utility and their resonance may be stronger within the current context.