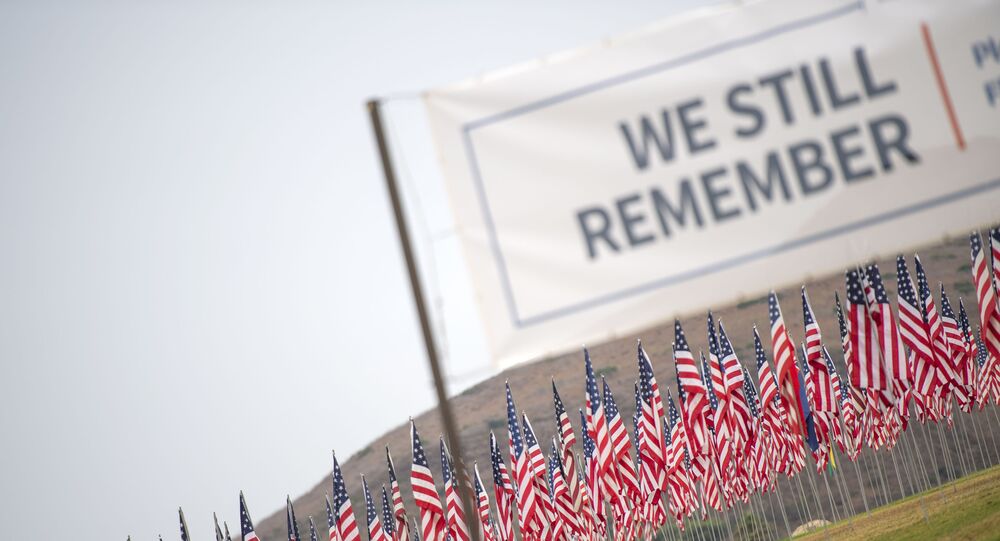 Today marks the 19th anniversary since the deadliest terrorist attacks in human history - a series of coordinated attacks by the Al-Qaeda Islamist group against the United States.

Sputnik: The Patriot Act was written following the 9/11 attacks in an effort to dramatically tighten US national security, particularly as it relates to foreign terrorism. Were there any side effects from strengthening the security apparatus in the US?

Rubrick Biegon: I suppose that the main argument against it was that it curtailed civil liberties in a number of different ways. But in terms of the more specific ways in which that played out, I would have to go back and re-examine it. I assume there were quite a lot of legal changes that first came in with the Patriot Act, that are probably still in place in a number of different ways. It did sort of signal an effort on the part of the Bush administration that they were willing to curtail civil liberties in order to implement a new counter-terrorism regime within the US. That had a very lasting impact, over the subsequent twenty years or so. There was some kind of general attitude that people had that there was a sort of trade between civil liberties and various counter-terrorism measures within the US. It kind of set the pattern then for, I suppose, the Bush administration, but also the Obama administration, to a certain degree.

Sputnik: The Bush administration has been criticised for intervening in countries and unleashing wars under the auspices of the fight against terrorism. In your opinion, to what extent was the "War on Terrorism" policy justified?

Rubrick Biegon: That’s a very interesting question, a very big question. I think that on the one hand the so-called "War on Terrorism" was at least in part, a genuine attempt by the US to address security threats associated with transnational terrorist organisations. I think it also needs to be seen in the context of the wider goals and objectives of American foreign policy. You sort of have to be able to link counter-terrorism aspects of the so-called “War on Terrorism” with bigger issues around: American power, the geopolitics of American power, American hegemony, and the kind of role and status of the US in international politics. I think it was justified in so far as there was a genuine attempt by the US to try and combat specific security threats to its homeland from transnational terrorist groups like Al-Qaeda. In so far as there was more than that I think that you have to be more critical, be able to draw these links with other features, other goals of American foreign policy writ large, which I would sort of link to an effort by the US to entrench its hegemony in international politics.

Sputnik: US military involvement in Afghanistan, which continues today, has led to the longest-running war in US history. The American military contingent is still present in the region. In your opinion, was it the right step to send troops to Afghanistan then, in 2001?

Rubrick Biegon: Was it justified? I think if you accept the premise that the invasion of Afghanistan was designed to prevent the ability of Al-Qaeda to conduct further attacks, then I suppose, yes, it was justified. It does raise questions about why it has been going on for so long. Essentially what was it about, how do we explain the fact that the US troops are in Afghanistan twenty years after the 9/11 attacks?

Sputnik: In 2002, the Bush Administration also opened the Guantanamo Bay Detention Center in Cuba. Former President Obama promised to close it but failed to do so. This form of detention of war criminals has been criticised for its alleged unacceptable conditions and human rights violations. Do you think it is possible, if not to close, then to reform Guantanamo prison?

Rubrick Biegon: My understanding is that Obama had pledged to close it. He had planned to close it, I believe, but he got quite a bit of pushback from Congress, and it just didn’t seem physically feasible for him to do that. Instead, they tried to find places for detainees to go. That was kind of a strategy with Guantanamo - that they could move all the prisoners out of Guantanamo then they would make the facility itself redundant. They sort of made some progress with that over the years and over the course of the Obama presidency. The number of people being held there decreased and Trump kind of turned that into his campaign issue in 2016 saying that he will send more people to Guantanamo. I don’t think that it could be reformed; I don’t think that it would make sense. I think it should be closed and I’m happy to say that. I think it would be mainly symbolic. The focus of the Obama administration was more on killing suspected terrorists through drone strikes or Special Forces operations rather than detaining them. I suppose Trump just kind of kept on with that approach. The whole issue of Guantanamo just isn’t as prominent in the US as it was ten or 12 years ago. But that being said, I think it should be closed for human rights or humanitarian purposes.

Sputnik: How has the US foreign policy changed since the 11 September attacks?

Rubrick Biegon: It’s gone through different phases. In the immediate years after the September 11th attacks, the two big developments were the invasion of Afghanistan and the invasion and occupation of Iraq in 2003. When the politics surrounding those kinds of large-footprint invasions and occupations became more difficult in the mid-2000s, the Bush administration pivoted toward, I suppose you could call it a more “remote form of warfare” in the counter-terrorism effort. That was something that was maintained and ratcheted up by the Obama administration. So when we think of the Obama administration, we think of the use of drones, the use of Special Forces raids like the one that was used to kill Bin Laden, and other policies associated with security assistance and security cooperation. Basically using proxies to do the fighting on behalf of the US. So that the US doesn’t have to send its own troops into battle. So there is a focus of having fewer troops on the ground, “boots on the ground” – that is the phrase that was used. I think that Trump has more or less kept that kind of approach; despite campaigning as this person who was going to upend Obama’s foreign policy, When it comes to counter-terrorism, he has more or less maintained that remote approach. Trump, like Obama, seems very sceptical of large overseas military operations. So although Trump’s rhetoric has been more aggressive in some aspects, when it comes to the details of policy, it more or less followed the pattern that Obama set, which in some ways can be traced back to the second Bush term.

Sputnik: How has the world as a whole changed since 9/11?

Rubrick Biegon: The issue of terrorism as a security issue; it just isn’t as prominent, particularly for the West, for North America, Europe. I think the rise of ISIS (Daesh*) sort of put it back on the agenda a number of years ago. But I suppose the big development in terms of international politics has been the return of rivalry between the great powers. For the US, this means that foreign security policy is focused more on addressing issues with Russia or addressing the rise of China than it is with countering transnational terrorism. So we’re sort of back to focusing on renewed great power competition and that seems to be getting a lot of attention nowadays.