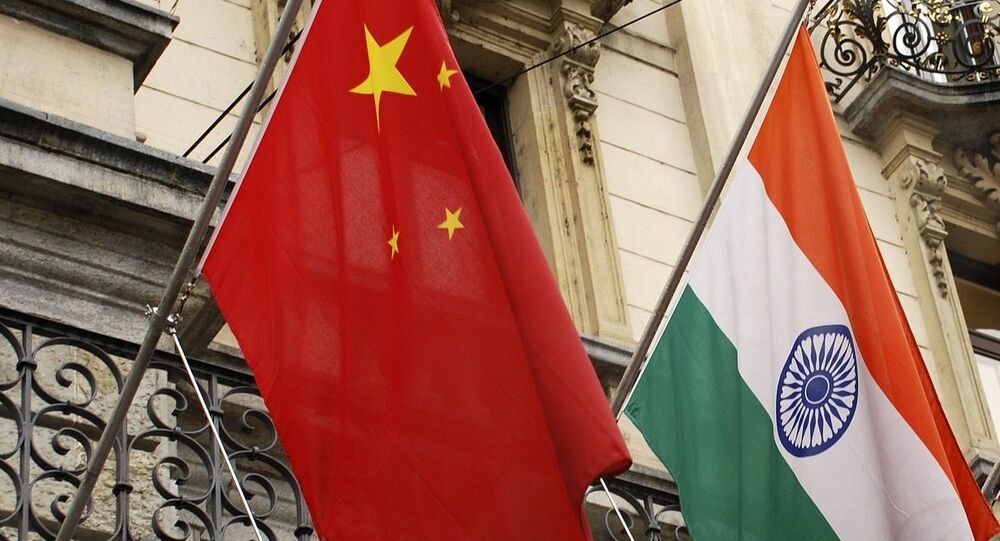 The last rites of Indian Army soldier Nyima Tenzin were conducted with full state honours on Monday. Tenzin came from the Choglamsar Tibetan refugee settlement outside Leh and was killed in an accidental mine blast in Ladakh. His funeral was attended by politicians from the ruling BJP.

Three months ago, India mourned the death of 20 soldiers, who were killed in a violent face-off with Chinese troops in the Galwan valley on the night of 15-16 June. Many Indians paid tributes and respects to the dead men but no political leaders attended the funerals of any of the soldiers who gave their lives in the line of duty.

While disengagement efforts in Ladakh are underway via military and diplomatic channels, the attendance of a leader from India's ruling party at the funeral is seen as a signal to Beijing that New Delhi is weaponising its foreign policy, analysts believe.

“Since this is the first time that a ruling political party’s representative has participated in such an event, there is definitely a signal that the Indian political establishment is (focusing on) the Tibetan issue”, suggests retired Brigadier Venkataraman Mahalingam, a security and strategic analyst.

However, a professor of Chinese studies at Jawaharlal Nehru University in New Delhi Srikanth Kondhapalli played down the significance of the funeral, noting  that Tenzin was a company commander, which explains the attendance of an Indian government official and the covering of his body in the flags of Indian and Tibet.

Nevertheless, reports of the soldier’s death in Ladakh cannot be seen in isolation, as even before the current stand-off in Ladakh, experts have been suggesting that India could be set to abandon its “One China Policy”.

This would be a major change as India's One China policy goes back decades. After China laid claims to Taiwan and Tibet, India was among the first countries to recognise the territories as part of mainland China.

© AP Photo / Andy Wong
India, China Agree to Protect Existing Border Agreements, Avoid Escalation of Tensions
Previously, India recognised the establishment of the People's Republic of China in 1949, but the policy remained in limbo after a border war between the two in 1962. Prime Minister Atal Bihari Vajpayee’s government began to follow it again in 2003.

New Delhi adherence to the One China Policy was then called into question in 2010 when an Indian military commander based on the Pakistan-claimed side of Kashmir was denied a visa by Beijing. New Delhi, which just like Islamabad claims Kashmir in full, demanded that Beijing must accept a One India Policy.

In 2014, the then External Affairs Minister Sushma Swaraj again proposed a One India Policy with the BJP government stressing that India would adopt a One China Policy should Beijing agree to abide by a One India Policy.

Indian Response To One China

While India has abstained from bringing up Taiwan, Tibet or Xinjiang in order to adhere to its One China Policy, Beijing has done quite the opposite. It has rather undertaken a $42 billion China-Pakistan Economic Corridor project, which passes through the India-claimed region of Jammu and Kashmir’s Gilgit Baltistan.

On 7 September, China refused to recognize the north-eastern state of Arunachal Pradesh as part of India and termed it as China’s South Tibet region.

© CC0
China Isolating Itself Globally by Raising Kashmir Issue Again at UNSC - Indian Analysts
Kondapalli says Prime Minister Narendra Modi has been openly critical of China’s actions but that Beijing has never responded to these complaints.

“There is definitely anger due to China’s raising the Kashmir issue at the United Nations Security Council four times in a year after the abrogation of Article 370. All hinges on Indian acceptance of One China Policy but the same has not been reciprocated. Then why should India accept One China Policy?,” he says.

Mahalingam believes that as far as the Tibet issue is concerned, the Indian government will not act immediately “India can support the position but it cannot take the lead in it,” he underlined.

Criticising the erstwhile governments from the time of Pandit Nehru to Vajpayee for accepting a One China Policy, the ex-Brigadier says “it is an important moment to derecognize Tibet as part of China but any move on Tibet has to be initiated by the (Tibetan leader in exile) Dalai Lama and his people. He has become old and China is hoping he will die soon. That opportunity could be used by the US”.