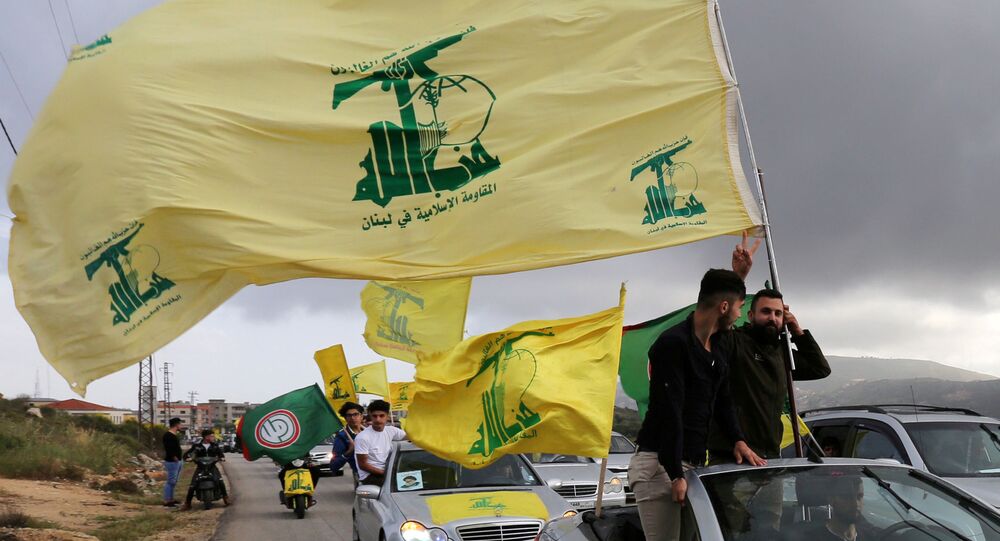 US Fails to Control Lebanon Because Hezbollah, Amal ‘Represent the Majority’ - Journo

While US officials claim that their recent sanctioning of former Lebanese government ministers was designed to expose the corruption of the country’s politicians, one expert tells Sputnik that Washington’s recent action is nothing more than a continuation of a longstanding, but unsuccessful, Western campaign to control Lebanon.

US Assistant Secretary of State for Near Eastern Affairs David Schenke declared on Tuesday that political allies of Hezbollah will have to “choose between bullets and ballots,” as they stand to be held “accountable for any enabling of [Hezbollah’s] terrorist and illicit activities,” Arab News reported.

#LISTEN: #US Assistant Secretary of State for Near Eastern Affairs David Schenker assured that #Lebanese leaders will be held accountable for failing their people https://t.co/MTBEzcodMK pic.twitter.com/u4vHXdUfsE

This came amid the two-day Lebanon leg of Schenke’s tour of the Middle East, which also included stops in Qatar and Kuwait.

Laith Marouf, an award-winning multimedia producer as well as a media policy and law consultant with the Community Media Advocacy Center, joined Radio Sputnik’s By Any Means Necessary on Wednesday and told hosts Sean Blackmon and Jacquie Luqman that what is occurring right now is a continuation of “twenty-some” years of attempts by Washington and “imperial forces” to control Lebanon’s government.

Marouf explained that Khalil is a member of the Amal Movement, which is “allied with Hezbollah,” and Finyanus is aligned with the Christian Marada party of Suleiman Frangieh. These parties are “allied with the sovereigntist movements in Lebanon,” which virtually means they “represent the majority of the [country’s] population.”

Because of this, he asserted, the US’ attempts to gain control have been unsuccessful. “The majority of the Lebanese have lived [through] the crises,” he said, referring to a “cycle” of Western military aggression and sanctions that has occurred in the years following the Lebanese Civil War.

“There’s not going to be a change in the population demographics without a major, major war,” he argued.