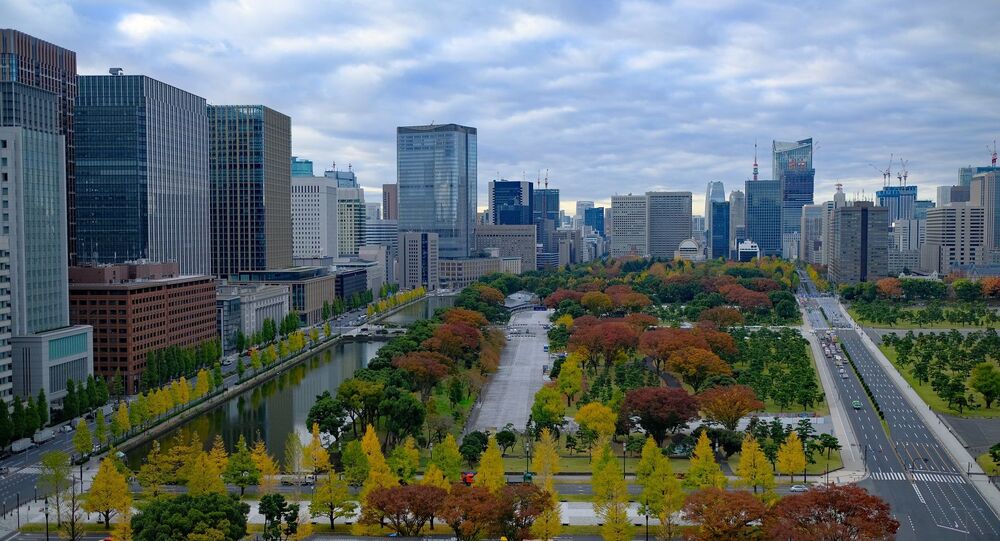 Shinzo Abe, Japan's longest-serving prime minister, stepped down after seven years as the head of government. He leaves an economy deep in recession due to COVID-19 and the lockdown policies. But Japan's economy was already headed into recession before the novel coronavirus hit and had been experiencing economic stagnation since the early 1990s.

Michael Roberts has worked as an economist with investment research firms in the City of London for over 30 years. Mr Roberts, who recently penned an article assessing Prime Minister Abe's economic policies, explains that Mr Abe's economic policies "failed on its own terms" to assist the average Japanese worker and much of the increase in employment results from more women joining the workforce and elderly retirees re-entering the job market.

Sputnik: Describe the main economic objectives Shinzo Abe set for himself when he became prime minister in 2013.

Michael Roberts: Retiring Japanese PM Shinzo Abe, when he took over nearly eight years ago, said that [he will] "break down any and all walls looming ahead of the Japanese economy and map out a new trajectory for growth. This is precisely the mission of Abenomics."

Sputnik: What policies did Prime Minister Abe use to achieve these objectives?

Michael Roberts: Abe's economic policies, quickly called Abenomics, had three strands or arrows to get the Japanese economy out of its long stagnation from the 1990s. The arrows were monetary injections, fiscal stimulus and structural reform.

© Sputnik / Grigoriy Sisoev
Shinzo Abe: Key Highlights of His Time as Longest-Serving Japanese Prime Minister
Monetary stimulus aimed at ending the deflation in the prices of goods and services which, it was argued, was depressing the 'animal spirits' of Japanese business to invest and employ.

Annual government fiscal deficits were supposed to 'pump-prime' the economy by providing projects for businesses to do. And most important, 'structural reform' aimed at expanding a diminishing workforce by employing more women, increasing the power to hire and fire for employers and raising the tax base (a consumption tax).

All these measures, it was hoped, would boost corporate profitability and lead to an increase in productive investment and productivity. It was a mixture of Keynesian and neoclassical policies.

Sputnik: How has the Japanese economy fared under the seven-year tenure of Prime Minister Abe?

Michael Roberts: The economy has continued to stagnate under Abe. Annual real GDP growth has been barely above 1% a year. Ironically, because Japan's population has continued to decline, real GDP per person has risen faster, at over 2% a year. The ogre of deflation has not been dismissed and the government's annual inflation target has never been achieved.

The unemployment rate has dropped to record lows but that is because an increase in employment of women and the retired has taken place while the working population has declined. The key to sustained growth, namely an increase in the productivity of labour, has not been achieved. The productivity gap between Japan and its G7 rivals has widened. And just before the COVID pandemic broke out, the Japanese economy sunk into a slump, ie a contraction of real GDP.
Sputnik: Who has benefited and who hasn't over the last seven years under Prime Minister Abe?

Michael Roberts: The main beneficiary of Abenomics over these years has been the corporate sector.  Corporate profits doubled under Abe from 2013 to 2018, while the share of labour in national income fell back. Corporate taxes were cut sharply while employee social security contributions were hiked. Consumption taxes were raised, hitting the bulk of the population. The rise in employment was through part-time, temporary and contract work, which was 'precarious' and poorly paid. Many workers had to take two jobs to make ends meet and working hours, although down from the early 2000s, were still onerous. Real wages fell under Abe and average income per head only rose because the population declined.

Sputnik: Why do you think Prime Minister Abe's policies failed to achieve the objectives that he sought?

Michael Roberts: The key to any economy's long term success is its ability to raise the productivity of labour, reduce unit labour costs and boost investment in productive assets (technology). Despite the increase in corporate profits, Japan's big business did not invest and it did not invest at home. Instead they relocated assets abroad in cheaper labour areas, hoarded cash and speculated in financial markets. There was an incentive to do so because the Bank of Japan had made borrowing so cheap with its massive quantitative easing measures. Profitability of productive capital rose, but not nearly as much as the stock and bond markets, or what can be called fictitious capital. Now the COVID pandemic has sent the economy, like others, into a nose dive.

Sputnik: To what extent can COVID-19 and the lockdown be blamed for Japan's current economic situation?

Michael Roberts: Clearly, the immediate situation of a massive drop in output, incomes and employment is the result of the lockdowns imposed to contain the pandemic. But the Japanese economy was already in a slump before the pandemic appeared. Indeed, the pandemic has had less effect in Japan than in other countries and yet the drop in GDP has been greater. There are underlying failures in the structure of the economy that have not been resolved under Abe.
Sputnik: Are there policies which are more likely to succeed in tackling Japan's stagnant growth, where Prime Minister Abe's failed?

Michael Roberts: In my view, to expect the Japanese economy to pick up without sustained investment in technology and the expansion of properly paid and trained employees is a pipe dream. Up to now government policies have relied on failed monetarist and Keynesian measures. A drastic restructuring of the social basis of the economy is needed; less reliance on big business and free markets and more state-directed intervention and planning that Japan had in its golden age of the 1960s and 1970s. Abe's successor is unlikely to go in that direction though. So the Japanese people must rely on improving their livelihoods by having less Japanese!