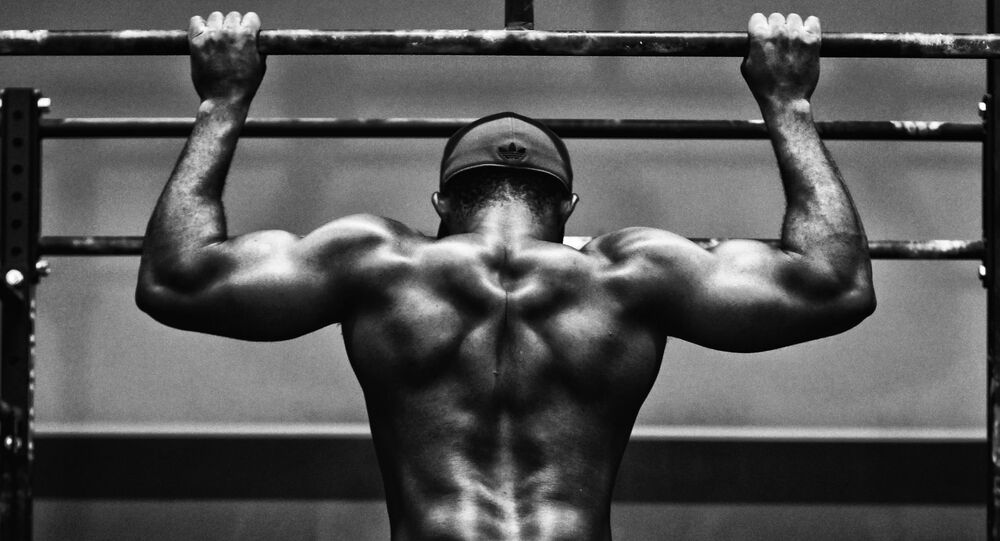 'There’s a Huge Change in How Men Are Viewing Their Bodies,' Counsellor Says

Scientists have warned of unapproved muscle-building drugs being sold over the internet which men are buying to get the “ideal body.” The chemicals, called selective androgen receptor modulators (SARMS), are popular in part due to their perceived safety compared to steroids, but the health risks are still widely unknown and potentially serious.

Sputnik: I read a study recently that said that programmes such as Love Island have influenced body image issues in men, what do you think about this?

Diana Parkinson: I'm very concerned about the impact on both men and women. But, you know, women have been impacted by body image for many years. Men not so much.

But of course, now, I'd say over the last probably 15 years or so, you know, there's a huge change in how men are viewing their bodies and just go and look at the gyms and talk to any personal trainers and look at all the photos on social media, where men are kind of taking their clothes off, it used to just be you know, a woman but now it's men. It's both sexes.

Sputnik: What kind of impact is body image having on people’s mental health?

Diana Parkinson: Well, it has a negative impact because people become obsessed with how they look. And of course, you know, when I'm working with people who sometimes I work with people who are in the spotlight, you know, well-known people. And so there are all these comments that are made.

But of course, even if you're not well known, once you put yourself out there on any kind of social media, people are commenting and of course, if people don't feel good about themselves and are kind of becoming self-obsessed, about how they look, so you're just thinking about yourself and such narcissism that you're putting your image out, hoping that people are going to say, Wow, don't you look great.

And of course, you'll get that but you'll also get people that start criticizing and because for anybody that puts the image out there on any kind of social media is somewhat vulnerable, not feeling so good about themselves needing approval, they are destroyed and potentially quite dangerously destroyed by any negative comments which they're going to get because that's what happens.

So comments that they get how they look, how they think they look, then they're dealing with the comments that come back, which may be not so favourable, but they're just obsessed by themselves and not about any relationship. So they're not connecting with other people.

They're just connecting purely with themselves which is, you know, a very slippery, and possibly dangerous slope to go down.

Sputnik: Can you expand a bit more about how isolating and alienating that can be?

Diana Parkinson: Yes, you're right. I mean, the two words you're using; alienating and isolating, that's what happens because it just becomes about how you look, or we, you know, we've seen it for a long time for females. I often see females being written off once they get to about the age of 21.

But if you look at all the filters that people use then there's an image out of somebody that bears no resemblance to how they look in real life. But how difficult is it to kind of be putting images of yourself so that you know, you think you look absolutely wonderful and muscle-bound and whatever. And then, you know, when you look in the mirror, the reality is very different.

Sputnik: For men that are considering taking these unapproved steroids, what advice would you give to them?

© CC0
Researchers Use Supercomputer to Crunch Genetic Data on How COVID-19 Attacks Human Body
Diana Parkinson: Well, my advice would be just don't it's very dangerous. I mean steroids we know you get this what's called roid rage, which is terrifying. So people's behaviour becomes very aggressive. You know, if men are loaded with testosterone, it's physically dangerous as well.

So they're probably shortening their lifespan, as well as their behaviour becoming dangerous, harmful, destructive, I mean and what for, you know, because anyway, a body built on steroids or anything like the artificial muscle is, it actually looks revolting.

But, I mean, I think people get addicted and don't see how they really look. So, you know, men have body dysmorphia, just as women do, you know, it's like an anorexic, thinking that they look like the size of an elephant, when we will see that you know, they're like a skeleton.