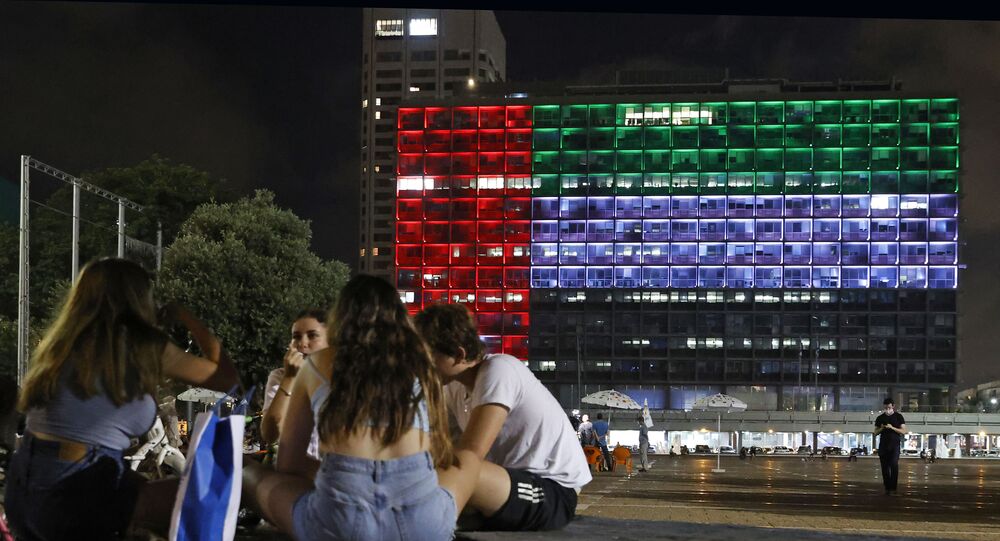 Israel-Saudi Arabia Normalisation is Question of When, Not if - Advisor to Bahraini Monarch

While Riyadh is interested in following in the footsteps of the United Arab Emirates and inking its own agreement with Israel, Rabbi Marc Schneier, who is close to many leaders in the Persian Gulf, says it will only happen after the US elections, and only if there is progress on the Palestinian front.

On Wednesday, the Saudi Press Agency announced that it would allow "all countries" to fly over its territories en route to and from the United Arab Emirates.

This comes after Israel's first commercial flight has already made its way to the UAE through the Saudi airspace on Monday, when American and Israeli delegations paid their official visit to Abu Dhabi to conside cooperation ahead of the peace agreement set to be inked in mid-September.

The Saudi move was swiftly interpreted by Israel as a boon, with Prime Minister Benjamin Netanyahu hailing it as "a tremendous breakthrough" that will make trips cheaper and shorter, which will boost tourism and improve the economy.

Too Early to Celebrate?

But Rabbi Marc Schneier, the President of the Foundation of Ethnic Understanding, who has been advising various Gulf leaders, including those in Saudi Arabia, says Israel should be attentive to the messages sent from the Gulf.

"The Saudi announcement was historic. But we still have a road ahead before we see a normalisation of ties between Israel and Saudi Arabia".

The main reason for this, thinks Schneier, is the Palestinian issue.

"The Gulf states in general and the Saudis in particular have been very consistent in their stance regarding this issue. And what they say is clear: they do want normalisation with Israel, but they also want to put an end to the Israeli-Palestinian conflict and they want to see some sort of peace process taking place. Now, however, there is nothing," he added.

The last time Israel and the Palestinians sat down for talks was in 2013-2014, when then-US Secretary of State John Kerry tried to bring the two sides to the negotiation table, an attempt that was largely unsuccessful.

Since the failure of those talks, Israel has continued its settlement activity in the West Bank, constructing nearly 2,000 residential units in the disputed territories in 2019, whereas Palestinians continued to stick to their incitement policy, leading to an impasse in negotiations.

It was that stalemate which led Netanyahu to believe that Israel should not be sitting idly by, waiting for the Palestinians to come to the negotiation table. Rather, the Jewish state should take matters into its own hands and establish alliances with regional powers, bypassing the PA.

Bolstering Israel militarily and economically, and positioning the Jewish state as one of the world leaders in hi-tech and innovation, Netanyahu managed to create a situation, where countries that had previously been hostile to Israel are reaching out to it in a bid to establish ties.

According to reports, several other predominantly Muslim states will soon follow in the footsteps of the UAE, including Bahrain, Morocco, Oman and Saudi Arabia, but Schneier believes it won't be happening unless the Palestinian issue is addressed.

"Those who think that the Gulf leaders are not committed to the Palestinian cause are dead wrong. That issue is like a big elephant in a room and they want it to be solved," he said.

Statements made by several Gulf leaders back Schneier's claims. The UAE has agreed to a deal with Israel in an attempt to stop its plans to annex big parts of the West Bank.

Bahrain has rejected any normalisation process with the Jewish state which fails to acknowledge Palestinian statehood, whereas Saudi Arabia has stated that it refuses to go ahead with a peace process, without a resolution to the decades' long conflict.

The Peace Process is a Matter of Time

However, Palestinians are far from being the only factor that bogs down progress in the normalisation of ties between Israel and Saudi Arabia.

Another reason is the upcoming American elections and the lack of clarity in who is going to win that race.

"Right now the situation is very fluid and a lot of states will want to see what's going to happen next before committing to a normalisation process with Israel," explained Schneier.

However, the Rabbi believes peace with the Jewish state is not a question of "if" but rather a question of "when," and warns that the world should not eye the Gulf Cooperation Council as a unified and solid block, as each country in that union has its own "agenda and challenges" and it will be them dictating when that rapprochement with Israel will end up taking place.

"Saudi Arabia, for example, has a generation gap. While the Crown Prince [Mohammed Bin Salman - ed.] might be willing to move ahead with the normalisation process, King Salman, who is committed to the Palestinian cause, would rather not rush taking such steps. At the same time, while domestic challenges might impact the timing, that [normalisation] process will still take place. It is only a matter of time," Schneier concluded.