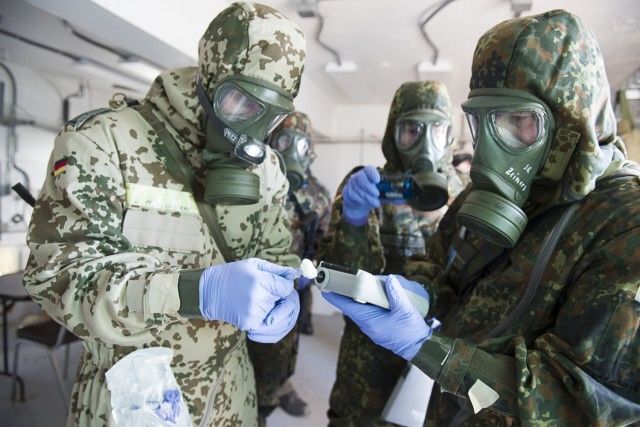 ChemWar Expert: Berlin Waited to ‘Find’ Poison in Navalny’s System Until No More Tests Could Be Done

Berlin has announced that analysis by the Bundeswehr has shown that Russian opposition figure Alexei Navalny was poisoned by a nerve agent of the so-called ‘Novichok’ group, and that it is now treating his case as an “attempted murder by poisoning.” Moscow blasted Germany over the claims and accused it of making loud statements without evidence.

It’s convenient that German authorities held off on publishing the test results purportedly showing that Alexei Navalny was poisoned by a ‘Novichok’ group chemical nerve agent for so long, since it will now become virtually impossible to run more tests to either confirm or challenge their results, says Igor Nikulin, a veteran Russian biologist and former advisor on chemical weapons to the United Nations Secretary General.

“They waited until all possible time limits on the substance’s decomposition ran out, and now come out and say ‘now we’ve found something here, some remnants, some traces of something incomprehensible’ but something from this group of agents. Most likely they will adhere to this version,” the specialist added.

Nikulin believes it’s possible that Navalny’s grave condition was brought on by some kind of off the shelf pharmaceutical, specifically one containing the cholinesterase inhibitors mentioned by German doctors.

“This is an enzyme that breaks down the protein acetylcholine, which is a nerve poison. There are quite a few of them [commercially available] – almost a dozen different drugs used to treat Alzheimer’s, Parkinson’s, and many others. They block cholinesterase. Navalny either drank this substance himself, or someone from his inner circle gave it to him. It is unlikely that he accepts food or drink from strangers. Moreover, he always travels in a tight group, and even his doctor accompanies him. If he was deliberately poisoned, it would only be by his inner circle,” the expert suggested.

Nikulin doesn’t rule out that the poisoning was accidental, either, pointing out that the opposition politician could have accidentally consumed a mixture of substances that shouldn’t be mixed. He recalled that during his time in Tomsk, Navalny traveled through rural areas, and reportedly tried some moonshine with friends. “Perhaps this wasn’t moonshine, but mushroom tincture, or some kind of counterfeit alcohol with admixtures of methyl alcohol, for example.”

Only one thing is clear, in Nikulin’s view, and that is that Navalny wasn’t poisoned by a chemical warfare agent, 'Novichok' or otherwise, “because they act almost instantly.”

Nikulin’s conclusions were echoed by Dr. Leonid Rink, one of the Soviet chemical weapons experts who invented the so-called ‘Novichok’ agent mentioned by German authorities in their report. According to Rink, the symptoms of Navalny’s alleged poisoning are absolutely uncharacteristic of those brought on by the chemical agents known in the West as ‘Novichok’. “There would be convulsions and so on. Completely different symptoms,” he said in an interview.

Rink added that he believes the attempt to link Navalny’s condition to ‘Novichok’ is absolute “political nonsense.”

Navalny remains in hospital in intensive care and is on a ventilator, and according to doctors, is expected to need long-term treatment.

On Wednesday, the German government announced that a Bundeswehr lab toxicology test “provided undeniable evidence of a chemical nerve agent of the Novichok group” in his system.

© AFP 2021 / JOHN MACDOUGALL
Live Updates: EU Calls on Russia to Thoroughly Investigate Navalny's 'Assassination Attempt'
Later, Chancellor Angela Merkel told reporters that Berlin is now treating the Navalny case as an “attempted murder by poisoning” and would be conferring with its European Union and NATO partners on a response.

Russian Foreign Ministry spokeswoman Maria Zakharova accused Berlin of making loud statements without providing any evidence to back them up to the Russian side, and pointed out that the Russian Embassy in Berlin had received no information or documents related to Navalny’s condition or the toxicology tests.

She added that Russian doctors have seemingly been prohibited from communicating with their German colleagues on the Navalny case, and that their offers of assistance have gone unanswered.

Kremlin spokesman Dmitry Peskov also commented on Berlin’s allegations, emphasizing that “a whole range of tests” was carried out in Russia before Navalny’s transfer to Germany, with no toxic substances detected in any of them.

Navalny fell gravely ill during a Moscow-bound flight from Tomsk, Siberia on August 20, prompting the plane he was in to make an emergency landing in Omsk, where doctors fought for nearly two days straight to save him and stabilize his condition. On August 22, he was transferred to a hospital in Berlin for further treatment, where he has been ever since.