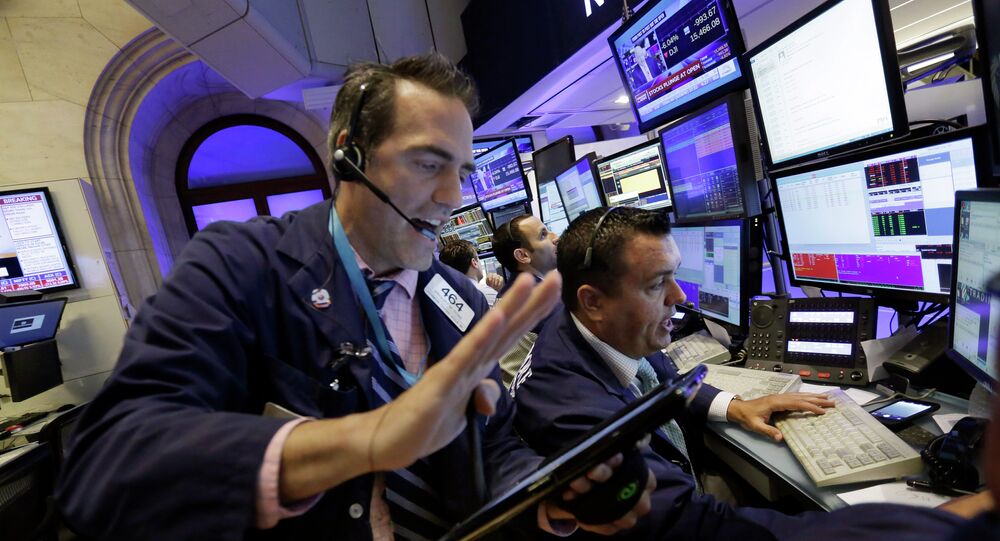 US stocks rose to record highs on Tuesday, an indication that while the majority of people are facing economic hardship due to the COVID-19 pandemic, a small minority continues to benefit, Richard Wolff, a professor of Economics Emeritus at the University of Massachusetts, Amherst, told Sputnik.

On Tuesday, the S&P and Nasdaq indices closed up by 57% and 72%, respectively, compared to their lows on March 23, reaching record highs as daily US COVID-19 case counts decreased, according to CNBC. The latest data by Johns Hopkins University shows that on Monday, around 38,000 new cases were confirmed in the US, and no day has exceeded 50,000 new cases since mid-August. On Tuesday, the US Census also reported a 36% surge in sales of newly built homes in July.

“We really now have two economies: the real one - I use the word real because it is what involves the vast majority of our people - and then the rich people’s alternative reality, with its alternative facts. They live in alternative housing and alternative neighborhoods. They have alternative incomes and all the rest, and what you’re seeing is how a society organized that way - where the top 1% are the dominant political, economic, cultural actors gathering into their hands the bulk of the wealth and then the power - that’s what they do. Even if they are confronted with a pandemic that affects us all, they don’t react like we’re all in it together,” Wolff, the founder of the organization Democracy at Work whose latest book is “Understanding Socialism,” told Loud & Clear host John Kiriakou on Tuesday.

“If you’re in the 1%, the most important part of your wealth is your portfolio of stocks and bonds. That’s a much bigger number than your annual income, even if you’re very rich,” he added.

Despite stock market gains, many Americans are still unemployed. The latest data by the US Bureau of Labor Statistics shows that while in July the unemployment rate decreased by 0.9 percentage points to 10.2% and the number of unemployed people decreased by 1.4 million to 16.3 million, the unemployment rate and the number of unemployed people are still up by 6.7 percentage points and 10.6 million, respectively, since February.

Wolff noted that the top 1% have “taken care - with the federal government, with the Federal Reserve’s money creation - they’ve taken care to ensure that they recovered from the initial shock in March this year, which is why the stock market … they’re all hitting new records. The people running those institutions make sure that the government takes care of them first,” Wolff said.

“That’s why there’s no limit on the amount of money being created, flooding the stock market to drive up prices on the one hand, and yet our leaders in Congress cannot see their way clear to extending the $600 supplement on your weekly employment compensation, which they allowed to lapse at the end of last month. You could not have a more dramatic indication that we live in a split economy with a tiny minority doing real well,” he added.

On July 31, the $600 weekly federal unemployment benefit bonus expired, leaving tens of millions of unemployed Americans without the extra income it had provided. On August 8, US President Donald Trump signed an executive memorandum titled Memorandum on Authorizing the Other Needs Assistance Program for Major Disaster Declarations Related to Coronavirus Disease 2019 that creates a $300 a week federal employment benefit, Forbes reported.

US Stocks Rise on Monday, Nasdaq Has Best Day in a Week