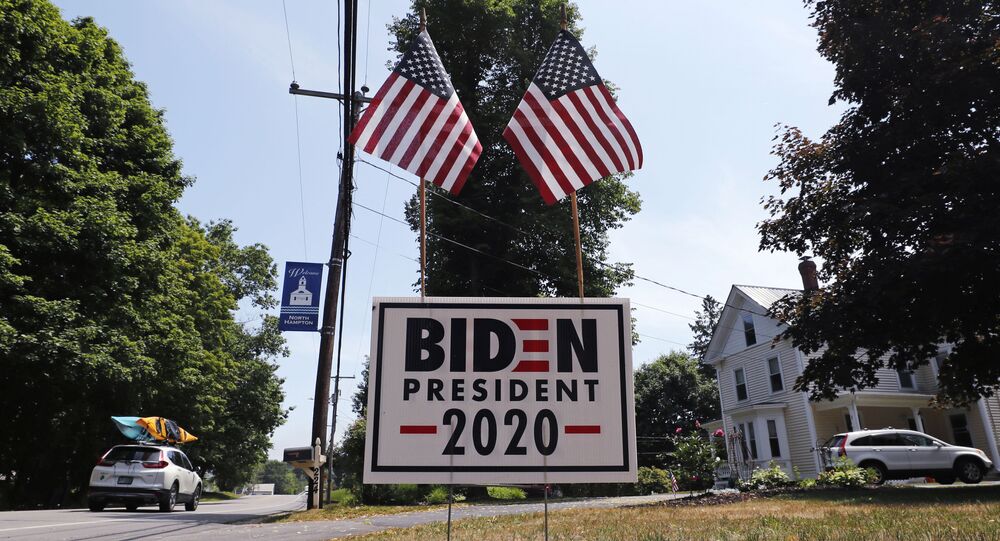 Though Senator Bernie Sanders and his counterpart Elizabeth Warren have thrown their weight behind Democratic presidential nominee Joe Biden, not all American progressives appear to be satisfied with this outcome. US observers have discussed the emergence of a "third" party on the American political horizon.

The event, organised by the Movement for a People’s Party, is aimed at providing a third option to Americans disenchanted with the Democratic and Republican political course. Like the Democrats, the new progressive convention will be virtual and broadcast live to YouTube, Facebook and Twitter.

​"For far too long we have watched both corporate-funded political parties pillage and devastate our country, our communities, and our families", the movement's website says. "Now it is time for us to ask: What kind of world do we want to build from the ashes of this pandemic and economic depression?"

"The split in American political thought isn't new, the Democrats are just being more honest about it than before", explains Rory McShane, a Republican political consultant and strategist.

The strategist opines that the American Democratic Party is "finally showing its true colors", stressing that it is "a political party of millions, many hard-working blue-collar Americans", that appears to now be "steered and controlled by the radical Socialist left".

"The jig is up – the Democratic Party is now clearly a Socialist, neo-Marxist party, and it's time for every hard-working American to get out!" he insists, adding that he feels bad for Biden campaign strategists who are "desperately trying to convince blue-collar voters that Ocasio-Cortez isn't really the one running the Democratic agenda".

On the other hand, this development could play directly into the hands of the GOP, he suggests: "If far-left Democrats actually created a third Socialist party, Republicans would win everything in a landslide, as it would fracture the American left, which is about 50% of the population, into two groups."

On Wednesday, Politico shed light on the upcoming 30 August convention and its organisers, suggesting that "the event will serve as an implicit warning to Joe Biden": if the ex-vice president is elected in November but proves to be not progressive enough, in 2024 he or his running mate Kamala Harris could face a challenge from a new contender, a brand new progressive "third party".

As the #PeoplesConvention approaches this Saturday (August 30), the #Kentucky hub of the Movement for a People's Party, (@4aPeoplesParty) held its first organizing meeting. To become involved go to https://t.co/MMRO2hQJNw

​DNC: Unity and Divisions Within the Democratic Party

However, one should not overestimate the role of the new movement, as their effort to build a "third party" serves "as nothing more than a sideshow for mainstream Democrats", deems Dr Ryan Burge, a political scientist at Eastern Illinois University.

"Mike Gravel and Marianne Williamson are, at best, fringe figures in the Democratic Party", he remarks. "I would venture to guess that 99% of Americans could not identify both of them on a survey."

According to him, "the real challenge would come if a figure like Alexandria Ocasio-Cortez or Bernie Sanders mounts a serious challenge to Joe Biden in 2024".

Still, Burge admits that while Ocasio-Cortez and Sanders have teamed up with Biden in this election cycle to defeat Donald Trump, whom they see "as too large a threat", they may change their mind "if Biden is elected and doesn't push hard enough for a progressive agenda".

"The Democratic National Convention illustrates both the party’s unity in seeking electoral victory in November as well as its significant divisions about key policy debates, from the economy to health care to race relations, and more", summarises Dr Meena Bose, political science professor at Hofstra University.

She shares Burge's vision that if the Biden-Harris ticket prevails in November, they "will face strong party pressure to enact major policy changes to address the wealth gap, access to health care, policing reform, climate change, access to education, and numerous other public challenges".

It all depends on how the Democratic Party will address these internal debates and work with the Republican Party in the US Congress, she remarks.

"[This] will indicate whether the American political system and institutions created in the late eighteenth century can address public needs and demands in the twenty-first century", Bose concludes.