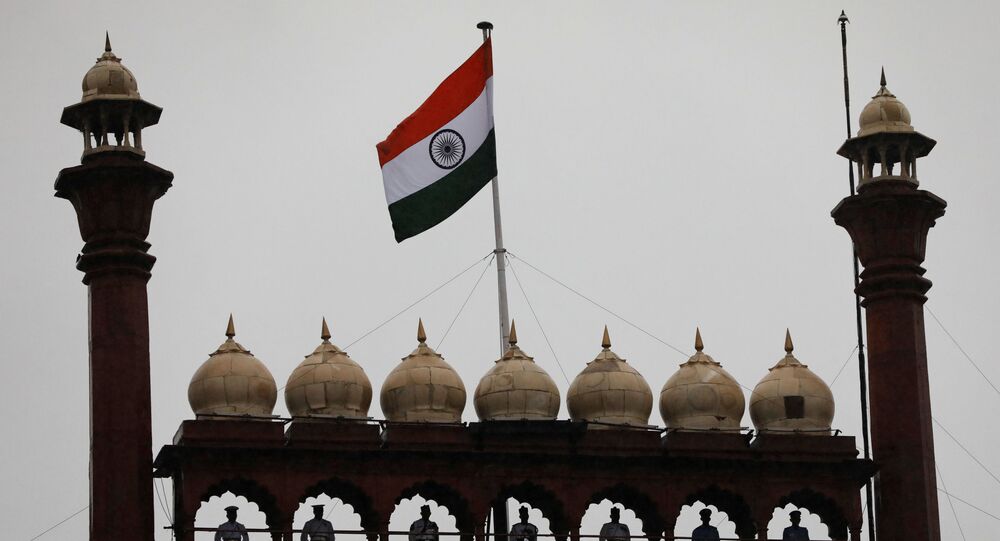 Despite Challenges at Home, India Emerges as Dependable Actor in Global Humanitarian Crisis

Despite having the third-highest COVID-19 burden, India's global efforts in containing the pandemic by offering aid and assistance to countries in need have been appreciated worldwide. Moreover, India has not only been successful in rescuing its citizens stranded abroad but has also set an example by devising an ambitious plan to treat them.

With sustained, pre-emptive, and timely interventions over two million people in India have successfully recovered from COVID-19 so far. The recovery rate continues to register an upward trend and stands at 73.64 percent as of Wednesday. The case fatality rate continues to show a steady decline and now stands at 1.91 percent, one of the lowest in the world. Nearly 30 states and Union Territories in the country have even lower fatality rates than the national average.

These positive outcomes can be attributed to proactive measures taken to deal with the outbreak in its early stages. India started screening for COVID-19 a full 13 days before the first case was detected in the country. A complete lockdown was imposed nationwide on the 55th day of the outbreak when the total case number was a mere 600.

The government took rapid steps to augment health infrastructure. India now has over 11,000 COVID-19 facilities and 1.1 million isolation beds. The nation is continuously stepping up its COVID testing capacity. Over 890,000 samples were tested in the country in the last 24 hours, with a steady eye on the aim of scaling up the testing to a million per day.

© REUTERS / ADNAN ABIDI
India's Modi: Mitigating COVID-19 Impact Top Priority for Gov't, Vaccine Delivery Plan in Place
From just one lab in January, the country now has 1,486 labs. Out of these, 975 are government facilities, while the remaining 511 are private labs. The Union Health Ministry has been rigorously following the "Test, Track, and Treat" strategy. India's public health response has been appreciated by the World Health Organisation (WHO) as well.

New Delhi's response has not been confined to meeting its domestic requirements. The country, despite its sizeable population and disease burden, has been significantly engaged with the international community in providing the leadership that the global situation demands.

As a responsible stakeholder in global health supply chains, India has ensured timely access to essential drugs and medical items for over 150 countries while meeting its own domestic requirements. It reaffirmed its position as a first responder to humanitarian crises in the region by deploying medical teams to help the Maldives, Mauritius, Comoros, and Kuwait deal with the pandemic.

India also dispatched naval assets to the Maldives, Mauritius, Madagascar, Comoros, and Seychelles to deliver assistance, demonstrating a strong commitment to Prime Minister Narendra Modi's vision of Security and Growth for All in the Region (SAGAR).

From being a net importer of COVID-19-related medical items, India has emerged as a net exporter, manufacturing over 500,000 personal protective equipment (PPE) kits and over 300,000 N-95 masks every day. India has exhibited the necessary adaptability and agility to significantly ramp up production to go beyond its domestic requirements.

One of the most successful aspects of India’s response to the pandemic has been the evacuation of foreigners from the country and repatriation of its nationals stranded abroad. In the initial days of the crisis, the Ministry of External Affairs promptly set up a COVID cell and a 24x7 control room to assist Indian citizens abroad.

© AP Photo / India Government Press Information Bureau
COVID-19: India's Modi May Announce Economic Stimulus 2.0 Focused on Infrastructure, Defence, Jobs
The prime minister also personally directed the heads of missions to extend all possible assistance to Indian nationals stranded abroad. Subsequently, the Vande Bharat Mission, launched to repatriate Indians stranded overseas, has been the largest exercise of its kind ever undertaken by the government and has demonstrated the country’s capacity to effectively carry out complex humanitarian missions. Over one million Indians have returned under the Vande Bharat Mission so far through flights, across land borders, and on naval ships.

The rigorous screening of returnees by Indian diplomatic missions has ensured that the proportion of positive cases remains extremely low (less than 0.2%). Testing on arrival by the Health Ministry and state governments has helped detect these cases.

Skill Mapping of Repatriates for Re-employment

The Indian government has even launched a skill-mapping exercise of citizens returning to the country under the Vande Bharat Mission. Called SWADES (Skilled Workers Arrival Database for Employment Support), the joint initiative by the ministries of skill development & entrepreneurship, civil aviation, and external affairs aims to create a database of qualified citizens so as to tap their skill sets and experience to fulfill the demands of Indian and foreign companies. Returning citizens are required to fill out an online SWADES skills card that facilitates a strategic framework to provide them with suitable employment opportunities.

India has initiated and been part of several important conversations on the global pandemic. New Delhi's Neighborhood First policy was on full display when Prime Minister Narendra Modi hosted a video conference of the South Asian Association for Regional Cooperation (SAARC) leaders early in the crisis — India's first such engagement on COVID-19. He announced a series of measures to deal with the pandemic, including the creation of a COVID-19 emergency fund with a commitment of $10 million from India.

The PM has, on several occasions, including in G20 and Non-aligned Movement virtual summits, proposed the reform of multilateral cooperation by putting people at the centre of Indian efforts.

Initiatives such as the International Solar Alliance and the Coalition for Disaster Resilient Infrastructure are prime examples of this approach. The decision by the G20 on debt service suspension for developing countries, which India fully supported, reflects this people-centric approach.

© AFP 2021 / INDRANIL MUKHERJEE
Two Corridors and an Investment: India-Russia Launch Virtual Diplomacy to Go Far in Bilateral Trade
At the virtual Global Vaccine Summit, the PM highlighted how India’s contribution to the global response in terms of sharing medicines was guided by the Indian philosophy of Vasudhaiva Kutumbkum (Sanskrit phrase meaning "The World is One Family"). The PM also hosted the first virtual bilateral summit with Australia, which was followed by the India-European Union summit.

In addition, the PM has spoken to his counterparts from 61 countries during this period. The external affairs minister has spoken to foreign ministers from 77 countries. India has been constantly adjusting, adapting, and innovating to deal with the changed reality, particularly in its engagement with the world. And in the process, has been successful in elevating the nation's profile as a constructive and dependable actor on the global stage.