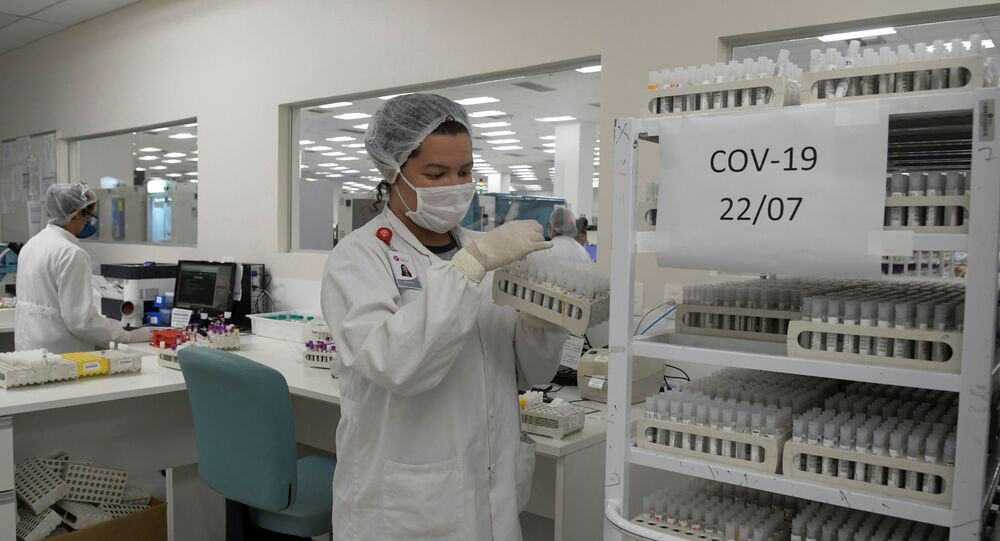 The COVID-19 pandemic has affected the balance of power in Latin America with the US missing yet another chance to improve its image and influence in a region that Washington has long regarded as its backyard, says Argentine geopolitical analyst Juan Martin Gonzalez Cabañas.

On 4 August, Latin American and Russian political scientists and scholars held a video conference titled “USA – Latin America – Russia: an Agenda for Constructive Cooperation in the Post-COVID-19 Era”, organised by the Embassy of the Russian Federation in the Republic of Guatemala jointly with the American Chamber of Commerce “AmCham”, the Central American Parliament  (Parlacen), the United Nations Conference on Trade and Development (UNCTAD), the CRIES of Argentina (Regional Coordination of Economic and Social Research) and other international and regional bodies.

The participants of the conference discussed how the pandemic has impacted the political and economic processes that were already underway in the region, possible scenarios for development in the post-COVID world, the unfolding US-China strategic competition on the Latin American continent, and Russia's role in the region.

US is Losing Grip in Latin America

"The pandemic has continued the process of deterioration in relations between the US and Latin America, and the image of the US in Latin America. The US has missed another great opportunity to improve relations with Latin America, both symbolically and materially", says ​Juan Martin Gonzalez Cabañas, Argentine geopolitical analyst at Dossier Geopolitico and parliamentary adviser in Corrientes province, who took part in the 4 August event as an observer.

The analyst highlights the fact that the emergency situation triggered by the coronavirus pandemic did not prevent Washington from continuing to asphyxiate the regional economies of Cuba and Venezuela through economic blockade. Besides this, the US has not given any more of foreign aid to the region, nor done more to assist countries in the health sector or to boost any other type of collaboration.

"Although there is a good current harmony with certain countries (such as Mexico), these links have been based on dynamics in which the North Americans 'have the upper hand', that is, rather in concessions from those countries, than in a true lateral exchange between partners", the geopolitical analyst underscores.

China and Russia Boosted Ties With LAC Amid Pandemic

In contrast to the US, China and Russia have stretched a helping hand to the continent which further boosted their ties with Latin American states, according to Gonzalez Cabañas.

Though the pandemic has not modified the relationship between China and Latin America too much - the People's Republic has already played a predominant role through its economic diplomacy and investments – the trend of increasing Chinese economic influence appears to be strengthening, according to the geopolitical analyst.

"As a noteworthy fact of this current trend, and to show the current situation of Sino-Latin American relations, it can be mentioned that at least so far this year, China has become the largest trading partner of Argentina [in April], the place that Brazil usually occupies", Gonzalez Cabañas notes, citing data from the Argentine Chamber of Exporters (Cámara de Exportadores de la República Argentina, CERA).

Citing the CERA study, the Buenos Aires Times highlighted that Argentine exports to China – comprising soybeans (52%) and beef (29%), in particular – totalled $509 million in April. The People's Republic's imports to the Latin American state amounted to $411 million in the same month.

Since the 1980s, Argentina and Brazil had begun a process of strategic and trade partnership, which had been maintained despite various regional and global events, the geopolitical analyst recollects, adding that the April trend, albeit temporary, is symptomatic of the growing influence of the Asian giant in the continent.

"In the case of Russia, the pandemic has served to consolidate its relationship with Latin America through multiple axes of cooperation, especially the sanitary (due to the current situation)," Gonzalez Cabañas continues.

He underscores the significance of Russia's collaboration with the Latin American Institute of Biotechnology in Managua, Nicaragua, which helped boost the production of insulin, interferon and vaccines for Latin American consumption. During the pandemic, Russia also provided humanitarian and healthcare aid to Costa Rica, the Dominican Republic, Nicaragua, Venezuela, and Cuba. Besides this, in the early August, the Russian Direct Investment Fund (RDIF) announced that 150,000 packages of Avifavir, the Russian-made anti-COVID drug, would be sent to seven Latin American countries: Argentina, Bolivia, Ecuador, El Salvador, Honduras, Paraguay and Uruguay.

"According to the latest news, the Russian vaccine against COVID-19 in Latin America would be produced in Brazil", adds the geopolitical analyst.

On 12 August, RDIF and the Brazilian state of Parana agreed to cooperate in the production and marketing of Sputnik V, the world's first registered coronavirus vaccine developed by Russia's Gamaleya Scientific Research Institute of Epidemiology and Microbiology. In addition, Argentine province of Tierra del Fuego has also signalled interest in producing the Russian vaccine.

Furthermore, on 17 August, Mexican President Andres Manuel Lopez Obrador stated that he would be among the first to try Russia's Sputnik V if it proved effective.

Latin America as Battleground for US and China

China's significant presence in the region has long been triggering US concerns, as Washington sees Latin America through the prism of the Monroe Doctrine. China's active role in helping LAC countries to cope with the coronavirus outbreak has not gone unnoticed by the US foreign policy establishment.

According to CNN, the People's Republic has played a major role in Latin American region since the COVID-19 pandemic arrived there in late March. Though Washington has stepped up assistance to a number of Latin American states through USAID since March, it nevertheless appears to be lagging behind its geopolitical competitor.

The media outlet mentioned that China has donated about 150,000 masks to Brazil; dozens of ventilators, defibrillators and ultrasound scanners to Peru; about 10 ventilators, 50,000 testing kits and 100,000 medical masks to Argentina. Chinese billionaire Jack Ma separately provided 100,000 masks, 50,000 testing kits and five ventilators to Mexico. Furthermore, in late July, Beijing offered a $1 billion loan to Latin American and Caribbean (LAC) countries to China's COVID-19 vaccine once it is ready for consumption. The media outlet foresees that once ready for distribution China's vaccine could become a "game changer" that could substantially strengthen the Asian giant influence in the region.

China has donated tens of thousands of masks and other medical supplies to Argentina, opening a new front in its battle with the U.S. for influence in Latin America. https://t.co/myPZjVyTo6

While the US has been increasing pressure on China on a number of fronts over the past several months, the Latin America and the Caribbean have emerged as yet another contest zone for Washington and Beijing.

Meanwhile, Russia is not seen as a part of the unfolding Sino-American competition. Speaking at the 4 August conference, Russian Deputy Foreign Minister Sergei Ryabkov remarked that Moscow would not be part of a possible geopolitical triangular game with the US and China in Latin America. According to the official, Russia will continue its cooperation with the countries of the region on the basis of shared interests and mutual benefit.

"I believe that a position of Russia where it does not take a position in the Sino-North American competition in Latin America is an adequate and rational position in relation to its resources and its objectives for foreign policy", emphasises Gonzalez Cabañas.