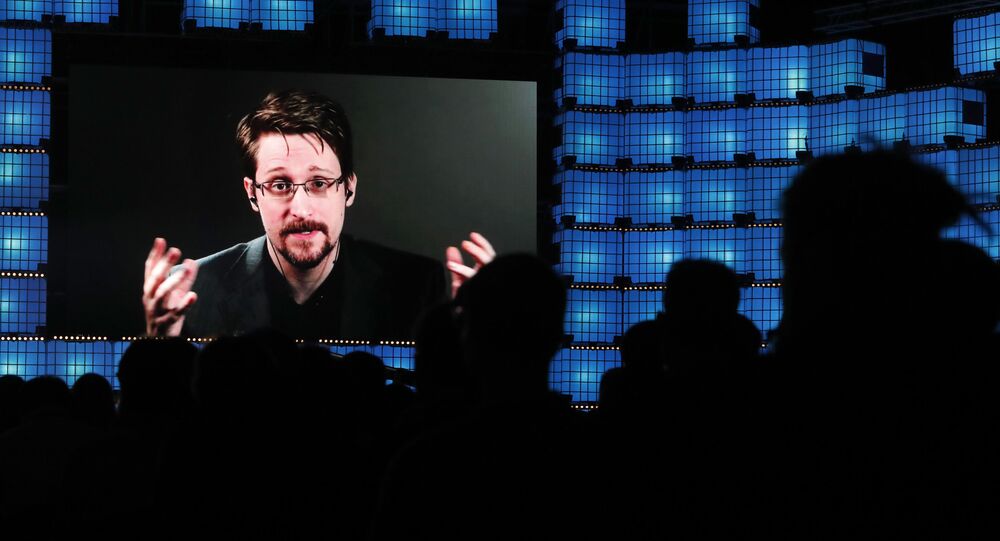 During a news conference at his golf club in Bedminster, New Jersey, on Saturday, Trump said of Snowden: “There are many, many people - it seems to be a split decision - many people think that he should be somehow be treated differently and other people think he did very bad things. I’m going to take a very good look at it,” the New York Times reported.

The president’s comments are peculiar, especially since Trump referred to Snowden as a “spy who should be executed” in 2013.

“It’s really interesting to see Trump make this statement, which is finally something good coming out of his presidency,” Muhawesh told hosts Michelle Witte and Bob Schlehuber.

“‘We don’t really know what his motivations are, but then because Trump said it, we have to attack it.’ That’s how the media is basically attacking, and I think one of the most interesting people to attack Trump is James Clapper, who used to work in the NSA when Edward Snowden revealed that the NSA was spying on Americans. And now he’s like a CNN analyst talking about how Snowden is a traitor. So we have this conflict of interest within mainstream media,” Muhawesh said.

“The tune has not changed. There's still a major attack on whistleblowers in this country, and it's very unfortunate,” Muhawesh added, explaining that former US President Barack Obama’s administration used the Espionage Act of 1917 to target many whistleblowers during his presidency. Last year, WikiLeaks co-founder Julian Assange was charged under the Espionage Act.

According to the American Prospect, only 13 people have been charged under the Espionage Act since it became law, but eight of those cases took place during the Obama administration.

Snowden became an international fugitive in 2013 when he passed to Guardian journalist Glenn Greenwald information about the NSA’s domestic surveillance programs, including one code-named PRISM, that collected information about US citizens from the internet via secret warrants allowing the NSA to wiretap Google, Yahoo and Microsoft. Snowden fled to Hong Kong and then Russia, where he has remained ever since.