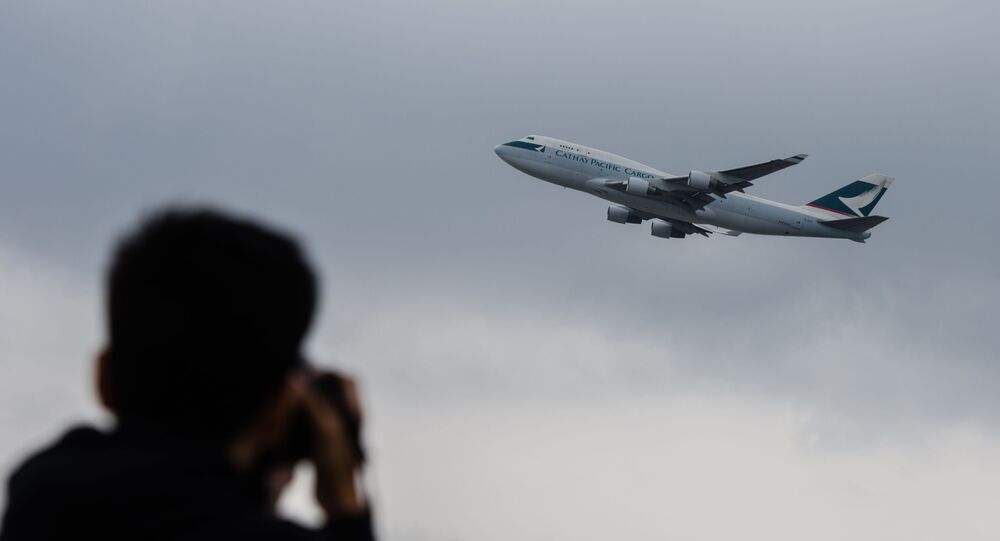 Airline companies around the world are introducing wide-scale changes to their operations following the ongoing problems caused by the coronavirus pandemic. Everything from socially distanced seats to automated robot cleaners is being considered as the global aviation industry continues to fight for its very survival.

John Gradek, faculty lecturer and programme coordinator at McGill University, believes the impact the coronavirus pandemic has had on airlines is unprecedented and has left the industry in dire straits.

Sputnik: How has the coronavirus affected airlines?

John Gradek: It's absolutely devastating. I think that what you see happening in the aviation industry is unprecedented. The industry has gone through a number of similar incidents in the past: whether it's 9/11, or whether it's things like SARS or MERS or H1N1. You've had a quick recovery from that because they were incidents that were manageable and that were of a short duration. This one is a global health emergency that doesn't seem to have an end in sight and that is what is devastating the industry. The industry basically is looking for passengers to get back on an airplane and people are fearful of getting back on an airplane and that's why the industry is in the dire straits that it is in today.

Sputnik: When we look at the challenges that are being presented by the coronavirus to the aviation industry, can we expect any permanent changes to essentially be introduced across airlines, airports, and essentially to air travel?

John Gradek: Yes, you'll probably see a lot of things that the industry has introduced over the last few months that I think will stay within the context of air travel. The one thing that has been very apparent is sanitation, hygiene, and trying to create a safer travel environment. So, you're looking at airlines and airports requiring you to wear masks when you use their services. You're looking at touchless operations, we're looking at minimal contact with people, even conversations have been really minimised so that there is really a lot of touchless operations going on both at the airport as well as on the airline.

So, I'm saying quite a few of those practices will remain even though we might be able to look at controlling the spread of the virus through a vaccine, but some of those practices are hygienic – the sanitation – would you want to get on board a dirty airplane in the future? Probably not. Would you want to be at an airport where you have lots of crowds and people crowding up and you're basically standing next to somebody you don't know? Would you feel comfortable in that environment? The answer to that is probably not and you want to see some of these measures stay.

John Gradek: I think that the industry is having a bit of a hard time now understanding the scope and depth and breadth of this reduction in air travel. Some airlines have taken to the public purse to get government support. So, you saw you airlines in the US get $50 billion worth of support. You saw Germany, you saw France, you're seeing a lot of governments step in to try to bridge the gap and to maintain some semblance of an aviation industry even though there isn't very little traffic. There's a lot of government support being put into it. Some other airlines have gone and refinanced themselves and basically have taken airplanes that they own and done a sale leaseback, they sold airplanes and leasing airplanes back, so they're getting some cash for their assets.

So, there's a number of things that are going on in the industry to try to get cash to help them bridge this gap and for those airlines that have that capability to either get money from the government or are able to refinance their assets, they'll probably be in good shape, for the next three, four, or five months. There are a number of airlines that you know that have not been able to get this financing or are unable to generate cash and have in fact closed services. My view is that you will continue to see bankruptcies, you will continue to see a lot of pressure being put on the airlines to continue government support. It's not over: they're looking to have public financing to keep the airline industry viable. The whole travel industry is in turmoil.

I think that looking at actions taken by the UK government, one of the key drivers on this issue about airline survival and tourism survival, are some of the constraints being put on travel by the governments. I think that is going to be one of the major challenges going forward is the industry trying to make some sense about government policy. If you do decide to travel, and you decide to go to North America, or you go to Asia, or go to Africa; you have no idea in terms of what's going to happen while you're there that could change the whole dynamic of your trip. You might have quarantines put in place fairly quickly on short notice and there will not be any evacuation flight. You will not be able to get travel insurance. So, this whole concept of tourism and travel is really going to go through some major changes over the next few months and we are going to have to really come up with a new dynamic as to what tourism and travel is going to look like in the near term as well.