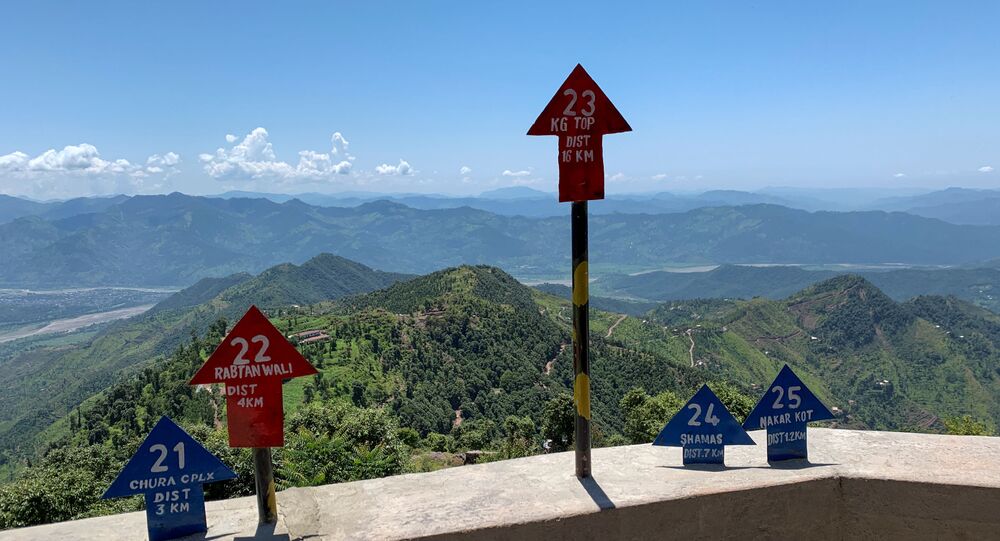 New Delhi (Sputnik): Supporting its all-weather ally Pakistan in its quest for Kashmir, China has not only termed the reorganization of the territory by India as “illegal and invalid,” but gone so far as to raise the issue at the United Nations Security Council on Wednesday.

Beijing’s posture on Kashmir and its military overtures in Ladakh strongly indicate that New Delhi may change its ‘One China’ policy, according to experts.

Indian Sinologist and professor at Centre of Chinese and Southeast Asian Studies, Jawaharlal Nehru University, BR Deepak believes that India, while refraining from recognising Taiwan as an independent country, will be more assertive in its approach. It may opt to coordinate its foreign and economic policy with Taiwan’s “Southbound Policy” in ASEAN and in South Asia, he says.

“The India-Taiwan relationship has walked in the shadow of One China Policy, but Taiwan’s New Southbound Policy (NSP) to strengthen relationship with 18 primary target countries – 10 in the ASEAN region, six states in South Asia, and Australia and New Zealand; and India’s Look East Policy may bring multifaceted dialogue,” Prof Deepak says.

Notwithstanding China’s claims over Tibet, Xinjiang, Taiwan and Hong Kong, India was among the first nations to recognize “One China”, but experts believe the goodwill has not been reciprocated by Beijing. China’s Kashmir policy has remained inclined towards Pakistan which is evident from China's decision to raise the Kashmir issue in the UNSC on Wednesday. Indeed, this is the third time it has done so since the abrogation of the “temporary special status” of Jammu and Kashmir by the Narendra Modi government in August 2019.

India has repeatedly termed the Kashmir issue as its internal matter and has urged China to refrain from commenting on it. China continues to show Kashmir differently in its official maps and state run TV channels and media, and it also continues to make efforts to internationalise the issue.

On Wednesday, the Chinese Foreign Ministry reiterated that it was opposed to "any unilateral change to the status quo” in Jammu and Kashmir.

China's interest in the valley is also highlighted in its $2.4 billion hydro power project at Kohala in Pakistan-administered Kashmir as part of its Belt and Road initiative and the China-Pakistan Economic Corridor project. India has often raised objections over Chinese investments on the Pakistan side of Kashmir due to its claim over the territory.

Strategic Thinker Mohan Guruswamy suggests India has to be aggressive and employ a tit for tat policy. He says: “We have been playing it very quietly. We have not allowed even Tibetans to be very political in India. In Xinjiang, China has put one million people in jail. We can raise that as self-determination issue.”

In 1951, the Tibet region was annexed by China resulting in territorial disputes with India, Bhutan and Nepal. What followed was a rebellion by the Tibetans to overthrow Chinese rule in 1959. However, the unsuccessful uprising led to Tibetan leader the Dalai Lama to flee Tibet and take refuge in India along with thousands of his followers who now reside mainly in India’s Himachal Pradesh.

Meanwhile, China continues to assert that Tibet has always been an integral part of its territory. China has been holding Tibet’s 11the Panchen Lama Gedhun Choekyi Nyima and his family as political prisoners. In March this year, the Indian Core Group for the Tibetan Cause demanded the immediate release on the 25th anniversary of their disappearance.

Bali believes India may not change its “One China Policy” as regards to Tibet but can replicate some elements from changes in Taiwan policy.

“Indian politicians may meet the Dalai Lama quite often on various platforms and occasions, the representatives of the ‘Tibetan Government in Exile’ may find more space in Indian media as has been witnessed recently. The issue may be discussed more frequently with India’s allies,” he suggests.

© REUTERS / Stringer
At Least 20 Indian Soldiers Killed in Ladakh Skirmish With China, Source Says
Following the Galwan clash, a report in The Sunday Guardian Live quoted “highly placed sources” as saying that some Tibetan leaders have expressed a desire to fight against China: “We are ready to pick up arms and fight shoulder-to-shoulder with Indian soldiers on the Tibet border—or in any theatre or in any manner”. A few days after the Galwan Valley violent face-off, the chief of Arunachal Pradesh Pema Khandu referred to the Line of Actual Control dividing India and China as the India-Tibet border.

Arunachal Pradesh is another Indian territory claimed by China, which it refers to as South Tibet and Khandu’s statement can be seen as an attempt to rekindle Tibet issue.

China’s One India Policy has also not materialized as it has for long has refused to issue visas to people from Arunachal Pradesh. Whenever an Indian leader visits the state, China raises an objection. India has also levelled accusations accusing China of covertly ratcheting up insurgencies in the northeast.

“Apart from Taiwan and Tibet, other areas could be Xinjiang and South China Sea. Here again, if China is undertaking projects in Indian claimed Kashmir, India may not be sensitive towards exploring South China Sea oil and gas with countries like Vietnam, Philippines, Malaysia, Indonesia. Here again the US, Japan and other like-minded countries are going to coordinate their policies on Free and Open Indo-Pacific Strategy,” Bali says.