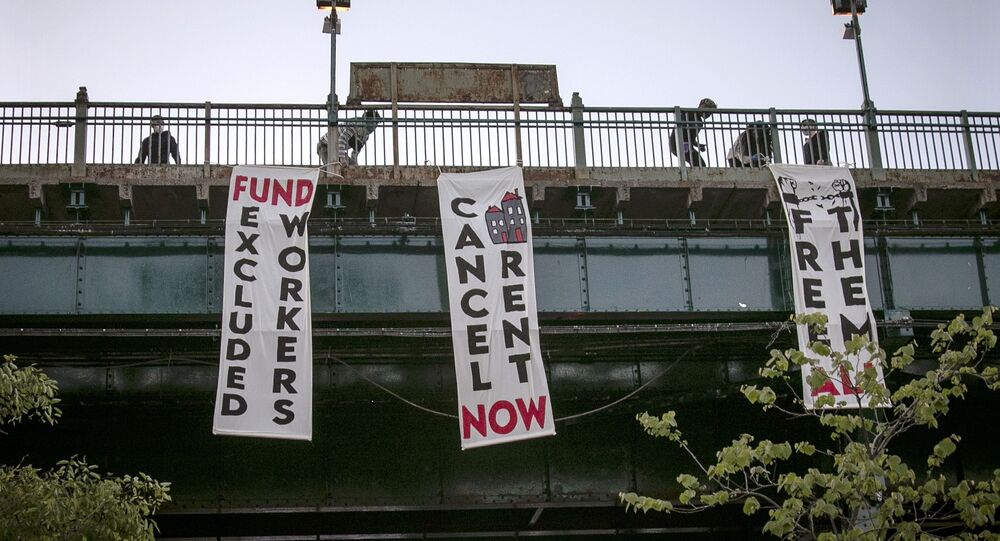 Federal economic assistance for Americans suffering from pandemic-related economic malaise remains in limbo, with congressional Democrats and Republicans continuing to lob insults against one another. One expert tells Sputnik that rather than continue political charades, Congress should move toward a nationwide rent moratorium.

House Speaker Nancy Pelosi (D-CA) did not mince words on Thursday when CNBC’s Jim Cramer asked whether she could “go across the aisle” and communicate that the late Rep. John Lewis (D-GA) would have loved to see disenfranchised Americans receive a “chunk of money”

“Perhaps you mistook them for somebody who gives a damn,” she said of the Republicans in Congress. “That’s the problem. See, the thing is, they don’t believe in governance.”

Pelosi’s scathing remarks come as both Democrats and Republicans have failed to reach an agreement regarding a new COVID-19 relief bill. Talks continued on Thursday evening, with Senate Minority Leader Chuck Schumer (D-NY) decrying Republicans’ failure to “meet in the middle.”

Meanwhile, a new Morning Consult analysis authored by economist John Leer warned that following the expiration of the supplemental $600 unemployment insurance benefits at the end of July, an estimated 5.4 million Americans who filed for unemployment will soon be unable to pay a variety of bills, such as rent, credit card debt, health insurance fees and auto payments, as well as for things like food and clothing.

Pete Dolack, an activist and writer with Trade Justice New York Metro, joined Radio Sputnik’s Loud & Clear on Monday and asserted that lawmakers are twiddling their thumbs and tiptoeing around the actual issue at hand: rent and the real estate industry.

“Not only are people losing their jobs because they’re being laid off - because of the dropoff of business - but all these small businesses are going out of business, and that’s only going to add even more to the growing unemployment,” Dolack explained to hosts Brian Becker and John Kiriakou.

“Where are the jobs going to come from … for all these folks?” he asked. “Capitalism certainly isn’t going to offer it, and certainly the Trump administration and the Republicans in the Congress, aren’t going to be offering any jobs either.”

He argued that there are simply not enough jobs available to actually support the US population. Furthermore, he said, it appears that the real estate industry does not have to make many sacrifices during the pandemic.

A “rent moratorium” would be a solid approach, according to Dolack.

“I think it’s absolutely essential that we cancel the rent,” he argued.

US Pledges $2.1 Billion to Two Drugmakers in Biggest Grant Yet for COVID-19 Vaccine