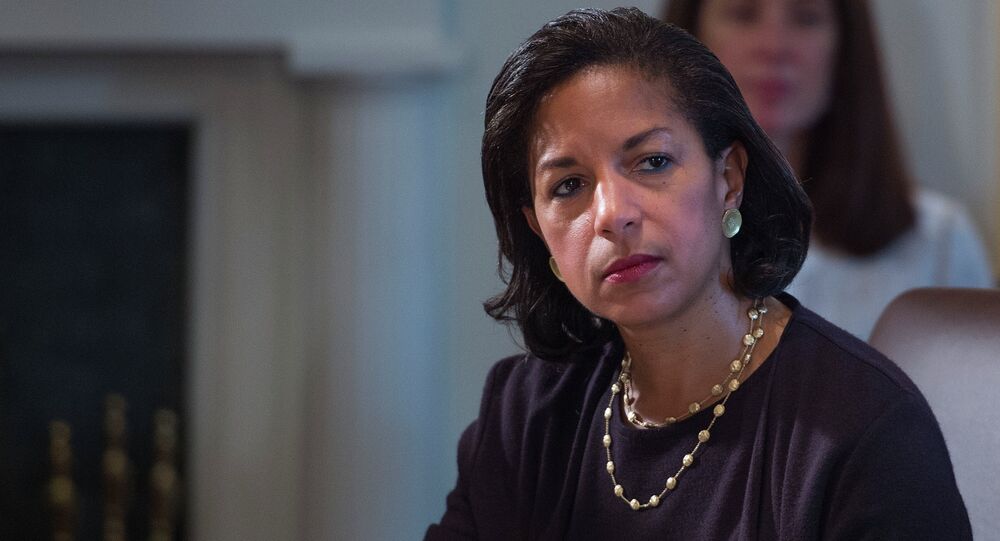 As the November 3 US presidential election draws near, impatience about Democratic presidential nominee Joe Biden’s selection of a running mate grows. Journalist and author Daniel Lazare tells Radio Sputnik’s Loud and Clear that although Susan Rice is far from perfect, she will likely appear on the ticket alongside Biden.

“She has the highest profile, she doesn’t have [Democratic California Sen. Kamala Harris’] negatives - her considerable negatives - and she has … gravitas,” Lazare told Loud and Clear hosts Brian Becker and John Kiriakou.

Biden, who pledged back in March to select a female running mate, will reportedly select his running mate after he meets with the women over the next “week, week and a half,” according to Los Angeles Mayor Eric Garcetti, co-chair of Joe Biden's vice president selection committee.

"We have amazing women that have been a part of this process," Garcetti said during a Tuesday appearance on MSNBC's "Morning Joe.” "We're keeping them all, we vetted them heavily. All of them have passed a vet, and now in this next week, week and a half, Mr. Biden can spend some time with them."

The committee previously claimed that Biden would make his pick by the first week of August.

A number of talking heads and think pieces have been written in recent days about Rice’s association with the attack on the US Consulate in Benghazi in 2011 - which she admitted was based off an “incorrect” talking point. At the time, Rice represented the US at the United Nations as UN ambassador.

On September 11, 2011, an attack by members of the Islamic militant group Ansar al-Sharia attacked the US diplomatic compound in the eastern Libyan city, killing four Americans, including US Ambassador to Libya Christopher Stephens. Just days after the attack, Rice made the media rounds with “talking points” ostensibly based on a CIA memo - points that turned out to be wrong.

"The talking points provided by the intelligence community, and the initial assessment upon which they were based, were incorrect in a key respect: there was no protest or demonstration in Benghazi,” she said in November 2012, moments after meeting with Sens. John McCain, Kelly Ayotte and Lindsey Graham - a man she later referred to as a “piece of sh*t.”

"While we certainly wish that we had had perfect information just days after the terrorist attack, as is often the case the intelligence assessment has evolved,” she continued.

“This is purely … from a campaign point of view,” Lazare stressed. “I think Susan Rice was a disaster, in fact, when it came to [former US President Barack] Obama’s foreign policy because Obama’s administration was a disaster in that regard.”

He also called attention to the fact that Rice has recently accused Russia and other “foreign actors” of muddying recent demonstrations for racial justice.

"This is right out of the Russian playbook" pic.twitter.com/luXiPV0bOq

During a late May interview with CNN’s Wolf Blitzer, just days after the murder of Minneapolis, Minnesota, resident George Floyd, Rice alleged that the rioting and destruction of cities across the US was “right out of the Russian playbook.”

Lazare described her accusations as “ludicrous,” “extreme” and representative of someone who is “paranoid” and has “little grasp of reality.”

“But, from Biden’s point of view, I think it’ll make sense to choose her,” he concluded.