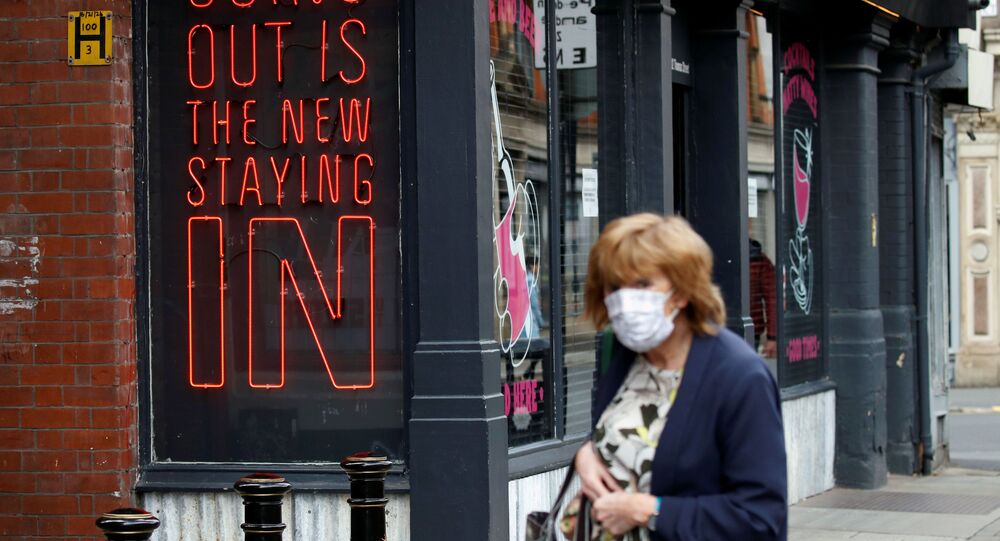 Second COVID Wave Possible: People Think It's All Over But It's Still Around, Commentator Says

A major incident has been declared in the English city of Manchester following a continued rise of coronavirus cases. Senior figures from the police, local authorities and other agencies held meetings over the weekend after strict lockdown measures were recently put into place.

Political Commentator John Whitby has shared his views on the government’s handling of the coronavirus and the threat of the second wave.

Sputnik: In your eyes, how has the government handled the Coronavirus of late?

John Whitby: They've actually done a relatively good job. The problem you've got now is that everyone seems to want to have individualised instruction on how to deal with it and if you look back at what they said fairly early on when they laid out an outline, for coming out of the lockdown that they put in place on COVID, they've actually followed it reasonably closely. They've watched what's going on and they're changing things.

I think the problem we've now got is that it appears from the figures that have been put out that the deaths from COVID are now less than deaths from seasonal flu. So, we are at a very, very low level, and people are now thinking it's all over. The problem that government have got is communicating in a way that people will listen to the fact that we're over the worse at the moment but it's not over by any manner of means.

Sputnik: Is locking down Manchester, Lancashire and parts of West Yorkshire the right decision from the government?

John Whitby: I think it is. I think you've also got to look at the reasons, in my view, why those areas have been locked down. They are areas with a very high black and ethnic minority community, you were just at the start of the Eid celebrations; where they'll be very large gatherings and parties and that community is very susceptible to the COVID virus. I think the government looked at the increased cases in those areas and thought: 'well, if we don't do something about this, and act now to stop large gatherings, we're going to have a huge increase in cases and a lot of people are likely to die from it'.

© REUTERS / Suzanne Plunkett
Profits of UK's Biggest Bank HSBC Plunge 65 Percent in COVID-19 Fallout
So, I think they've taken action because of where the spikes were and because of the timing and they took action very rapidly. The funny thing is, of course, that the government have been criticised and rightly in some ways, for not wanting to lockdown in the first place, and doing it slower than they could have done. But whenever the government then decides: 'Right, there's a problem coming up. We are going to react to it and then react to it quickly'.

There's criticism that they're reacting to fast. It's an interesting situation. They can't do right for doing wrong at the moment. I do think, however, that people are starting to view restrictions rather less carefully then they were, and they're looking at things and thinking how long is this going to go on for?

Sputnik: Will we see more localised lockdowns going forwards and how likely is the threat of a second wave?

John Whitby: I think there is a possibility of a second wave. I think people have looked at this and though it's over. It's not, it's still around, and it won't take an awful lot to ramp up the infection rate and get it above the R of 1 that they're looking at. I think local lockdown is probably the best way to go but the biggest problem you've got is the effect that all this is having on the economy. If we are not careful, the cost of beating Coronavirus in terms of deaths, is likely to be eclipsed by the cost of beating it because of deaths from other causes e.g. depression and the collapse of the economy. It's a very appalling set of paths to walk.