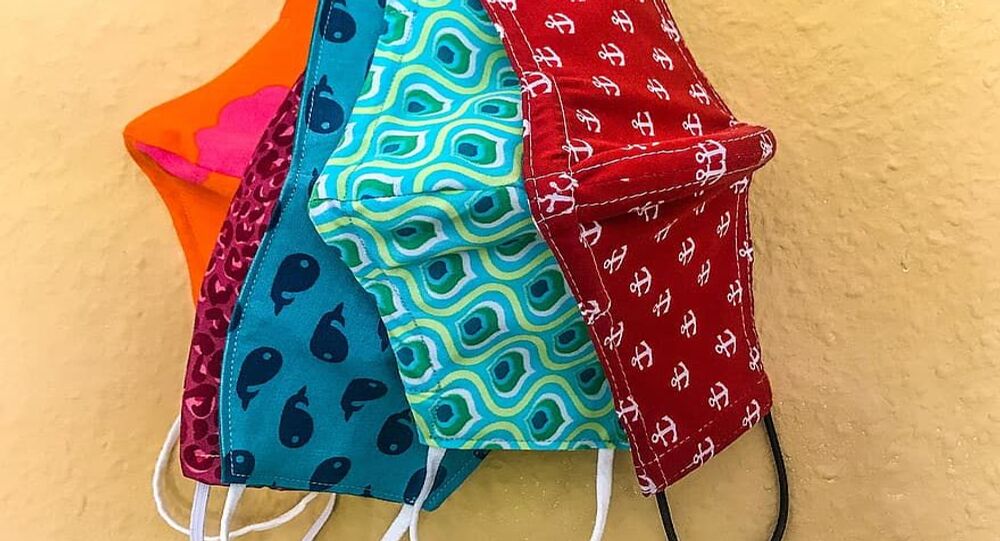 COVID: ‘We Have to Make the Masks the New Normal’, Professor Says

Around the world, countries are making the wearing of facemasks mandatory, as the fight against coronavirus continues. However, on the back of these new laws, a significant group of ‘anti-maskers’ are refusing to follow suit.

Looking at why some individual are opposed to wearing face coverings; Sputnik spoke to Robert Hoffmann, Professor of Economics and the Chair of the Behavioural Business Lab at RMIT University.

Sputnik: What are some of the motivations or reasons as to why someone would be so reluctant to wear a mask in, the current climate, of the coronavirus pandemic?

Robert Hoffmann: As you probably know here in Australia, especially in Victoria, it has become mandatory that people have to register face masks but there's still quite a lot of people who don't. We've been scratching our heads collectively at why that might be the case, and it's not a straightforward answer, because there are many different kinds of reasons. One reason is quite simple, people may be just a little bit complacent; or some people are ignorant and some people are simply lazy – probably not so interesting and reasonably easy to deal with that. The more interesting ones are the people who refuse to wear masks out of principle.

If you think about the conspiracy theorists who might think a mask is some form of government mind control, or maybe libertarians who simply believe that government has no right telling us what to do on a day to day level, they're more complex to deal with; and of course there has been in Victoria, mixed messages by government. First of all, at the beginning of Covid, telling us that masks are not necessary and now saying pretty much the opposite. That diminishes their credibility and fuels these kinds of people.

Other than that it's a more longer-term group of people who don't wear masks and they might be the people who are feeling disenfranchised altogether. So, for them not wearing a mask, it's not really about the mask itself, it's much more about making a statement and having that say, sending a message, and the message is basically we feel ignored; we're no longer part of society and we want to be heard. That might be a reason which is much, much harder to deal with but course you have echoes of that sort of sentiment all over the world, so it's a chance to express yourself.

Sputnik: What is the most effective way to get these people to wear masks? For example, should authorities start issuing punishments or fines, for anti-maskers; or is perhaps a more co-operative approach the way forwards?

Robert Hoffmann: The fines and checking may not be the most appropriate solution. As I mentioned a moment ago, some of these things I have just said, some of the reasons why people don't wear masks, are so deep rooted and so emotional that simply issuing a fine is not going to solve it. In the old days, you used to think of people calculating the pros and cons of something, so I can work out whether or not I should wear a mask, the costs and benefits if you like. Those people you can reach with a fine but sometimes fines don't simply work. There's a lot of evidence in academia, for instance, that if you issue a fine then people basically treat the fine almost like a price. They pay the fine to buy themselves the liberty to do what they were forced not to do. In that sense I think fines can sometimes be counterproductive.

Clearly, there's no easy solution as I said; if there were easy solutions, we would have done them by now, but I think there are a couple of really, really important lessons. For me, one really important lesson is we should probably avoid vilifying people and that goes in our personal lives, it also goes for the social media but also for the media more generally because if you vilify people, they will simply go into reverse. A much better way is by using norms. In scientific research, there's a lot of evidence that people are highly influenced by what they believe the norm to be - what do most people do.

Think about car seat belts or bicycle helmets. They are now completely normal and when seatbelt laws first came in, my dad was not going to wear a seatbelt - that simply was on. Nowadays he doesn't think about it because it's just normal. So, we have to make the masks the new normal and lead by example. That kind of norm building is likely to be much, much more effective than fines.

Sputnik: Is there another way to get anti-maskers to follow suit with the rules, whilst also perhaps allowing them to express these feelings of rebellion or scepticism etc.?

Robert Hoffmann: We came up with a solution, which I'm not sure anybody else has thought of but basically, there's a lot of evidence again in research that sometimes when people are confronted with something they think is deeply unfair and they want to be heard, they want to lash out, they want to do something, to say no don't like this. If they have no other option, they will simply not do it because that's the only way they can express themselves. Why not simply give them an opportunity to express their dissatisfaction and then they can simply follow the rules? In this experiment that I'm talking about, what they've done is they've confronted people with unfair outcomes, but gave them a chance to voice out, to speak out and to express themselves.

As soon as they had that simple opportunity to say something, suddenly people were much, much more likely in these experiments to accept what they thought was unfair. Translate that kind of scientific experiment into practice, to face masks, the face mask is simply a human billboard isn't it? You're wearing them in public – it's an area on the face which is highly visible – so I could write any message I wanted onto my face mask. Think of Guy Fawkes or Anonymous masks, or I resist, or something like that. That person now has an opportunity to express the dissatisfaction publicly without flouting the law. I think that sort of approach is likely to be much more effective than fines.