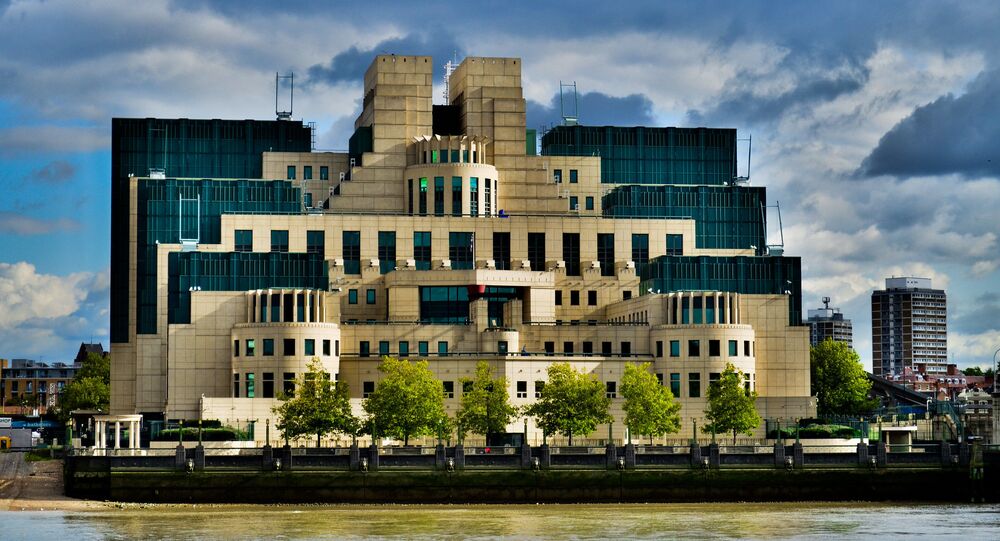 What Does the Appointment of Richard Moore as MI6's New 'C' Mean for the British Secret Service?

On 29 July, Downing Street announced the appointment of Richard Moore as chief of MI6, officially known as the Secret Intelligence Service (SIS). British and American analysts have outlined the potential spheres of interest of the British spy agency's new "C".

Moore, who is currently serving as political director in the Foreign and Commonwealth Office, will replace Alex Younger in the autumn.

"I am pleased and honoured to be asked to return to lead my Service. SIS plays a vital role - with MI5 and GCHQ - in keeping the British people safe and promoting UK interests overseas. I look forward to continuing that work alongside the brave and dedicated team at SIS", Moore said in an official statement on Wednesday.

Richard Moore, a Libya-born and Oxford-educated British diplomat, worked in MI6 at the start of his career in 1987. He then joined the Foreign and Commonwealth Office (FCO) and had postings in Vietnam, Turkey, Pakistan and Malaysia. Moore served as Director for Programmes and Change between 2008 and 2010; then he was Director for Europe, Latin America and Globalisation (2010 to 2012); and after that spent three years as UK Ambassador to Turkey from January 2014 to December 2017.

"MI6 is unsurprisingly a notoriously secretive organisation so it is difficult to ascertain what changes are anticipated", says Alex de Ruyter, a professor at Birmingham City University. "In many ways, this is an act of continuity – Alex Younger’s tenure was extended to give continuity and certainty during the Brexit negotiations making him the longest serving head of MI6".

One can expect "an ongoing evolution of existing themes with continuing focus on digital espionage and greater concern over security threats in that domain" under the incoming MI6 chief, according to the professor.

"There are concerns over digital espionage and manipulation via online platforms as well as ongoing concerns over the role of Huawei in the UK’s telecoms network. In addition, counterterrorism work has been ongoing and is likely to continue behind the public eye", de Ruyter foresees.

The professor suggests that yet another focus of SIS would be close security cooperation between the UK and EU. "But at the moment we lack clarity as negotiations over the UK’s post-Brexit relationship with the EU remain ongoing", he remarks.

Any significant outward changes in the behavior of the UK's SIS with the appointment of Richard Moore are highly unlikely, admits Mark Sleboda, a US military veteran and international relations and security analyst.

Moore was chosen among several other candidates for the role, one of whom, Tom Hurd, a senior Home Office official and Eton schoolmate of Boris Johnson, was regarded by the British press as the most likely pick.

"Richard Moore was picked at least in part over the other contenders - Tom Hurd the Director General of the Office for Security and Counter Terrorism, Dame Karen Pierce currently the UK's ambassador to the US, and Madeleine Alessandri the Permanent Secretary of the North Ireland Office, because he is the ultimate insider and establishment figure who can be counted on to not rock the status quo boat and maintain MI6's aggressive course", Sleboda suggests.

The fact that Moore previously served in MI6 in undisclosed work before then transferring to numerous positions at the Foreign and Commonwealth Office and Cabinet Office apparently played a substantial role in his appointment, according to the security analyst, who emphasises "the brazen openness of the revolving door between the UK's espionage service and its diplomats".

"Moore's intimate familiarity with operations inside MI6 guarantees that there won't be any potential hiccups from the trouble of breaking in a naive civilian to the work of heading the UK's foreign clandestine service", Sleboda notes.

The Guardian and BBC envision that the new "C" will refocus the agency's efforts "to targeting hostile states – China and Russia". Moore's appointment came on the heels of Britain's ban of China's Huawei 5G equipment and the UK Parliament's Russia report, which lashed out at the British intelligence service for taking its "eye off the ball" in relation to Moscow's alleged attempts to meddle in the UK's Brexit referendum. Moscow has repeatedly rejected the accusations as groundless.

Sleboda notes that under Moore's predecessor, Alex Younger, "the UK dutifully followed the US lead in switching from a counterterrorism focus to an aggressive new Cold War footing against [Moscow and Beijing] now seen as 'adversaries' whose rising strength threaten the global order of the US-led Western hegemony".

Apart from continuing to follow Younger's course with regard to Russia and China, one can also perhaps expect "an increased personal focus of MI6's chief to all Turkish and Middle Eastern regional affairs", the security analyst suggests, referring to Moore's previous service as Ambassador to Turkey and his fluent Turkish.