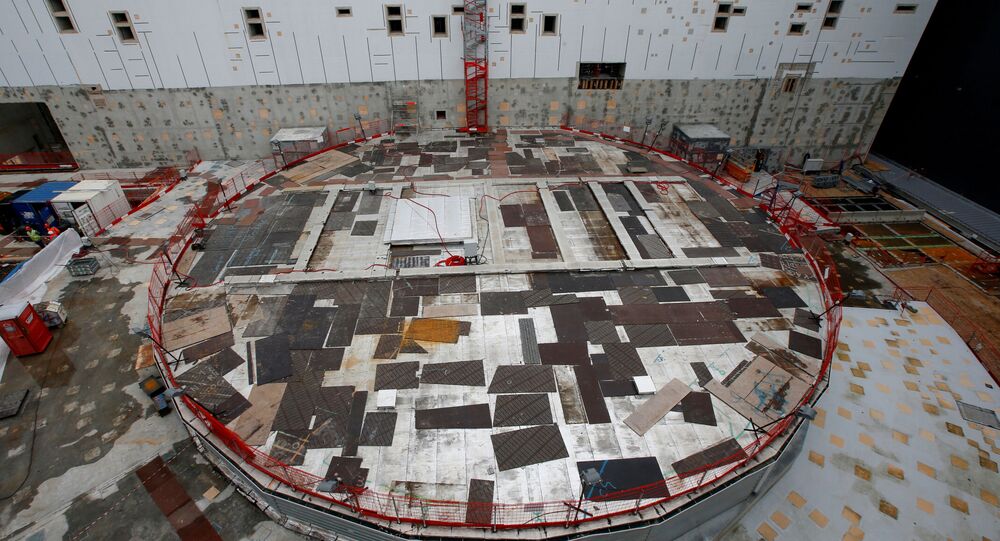 Assembly of the world’s largest nuclear fusion reactor started at the Cadarache facility in southern France, despite the fact that the the reactor is not radioactive waste-free and costs huge sums of money that could instead be used to address urgent needs in the world, Kevin Kamps, radioactive waste watchdog with Beyond Nuclear, told Sputnik.

The world’s largest nuclear fusion reactor, dubbed the International Thermonuclear Experimental Reactor (ITER), is a joint effort by Japan, India, the European Union, the United States, Russia, China and South Korea. If successful, ITER would be the first-ever fusion device to generate net energy, and it will test technologies and materials necessary for the production of fusion-based electricity.

“One thing it [ITER] is doing for sure is eating lots of money - we’re talking tens of billions of dollars,” Kamps told Political Misfits hosts Michelle Witte and Bob Schlehuber on Tuesday.

“So, you’ve got nuclear fission, that’s what the atom bombs of Hiroshima and Nagasaki were. It’s what the current generation of nuclear power plants are: the splitting of atoms. But then you have thermonuclear, which is the fusion of atoms,” the reaction that powers hydrogen bombs as well as fusion power plants and stars like our sun, Kamps told Sputnik.

“The part that is so upsetting about it all is just the expense, because the joke - and even the joke told by fusion advocates amongst themselves - is that fusion is always 25 years away. It was 25 years away in the 1950s. They’re claiming that they’re going to fire up this experiment maybe five years from now, but it’s probably going to be 25 years from now. And in the meantime, they just spend ungodly amounts of money when there are actual needs in the world right now,” he said.

“The US, and like you said, 34 other countries in the world can come up with tens of billions of dollars for this pie-in-the-sky technology that will never work - and even if it does, it has huge problems associated with it,” Kamps added.

According to a website dedicated to information on ITER, fusion is a safe process that produces “no high activity/long life activity waste.”

However, according to Kamps, nuclear fusion is by no means free of radioactive waste.

“So tritium has a hazardous persistence of 125 years, but some of these radioactively irradiated neutrons, irradiated metals in the fusion complex will be forever radioactive into the future and hazardous to health. So, they’re going to have to be dealt with as radioactive waste, and we haven’t done a real good job of dealing with radioactive waste in the last 75 years,” Kamps noted.

In an address on Tuesday. French President Emmanuel Macron discussed the project that is being installed and commissioned in his country.

"Imagine, if the experience works, if it can find industrial applications, we will have developed a non-polluting, carbon-free, safe and almost waste-free energy, that will simultaneously meet the needs of all areas of the globe and meet the climate challenge and preserve natural resources," Macron said.

However, France generates high levels of radioactive waste from its own fission reactors, namely from its La Hague nuclear fuel processing plant located on the Cotentin Peninsula in the country’s north.

“One major French nuclear facility is called La Hague. It’s a processing center; it’s where they extract plutonium from high-level radioactive waste made by fission reactors. And when I say horrific, there are horrific releases of radioactivity from that facility into the English Channel. They can’t get away with dumping it in barrels off a boat, so what they do is have an underwater pipeline that disgorges into the English Channel,” Kamps said.

“There are a dozen European countries up in arms about this pollution of the seafood supply, especially. It’s not just the liquid surface water discharges. It’s also gases released into the atmosphere that then blow downwind. And they like to say, ‘These are noble gases, they don’t biologically react.’ But they leave out the part where the radioactive noble gases decay into biologically interactive radioactive isotopes, things like cesium that do interact with living beings. And another one is radioactive carbon-14, which is very hazardous and is hazardous for 55,000 years,” Kamps noted.