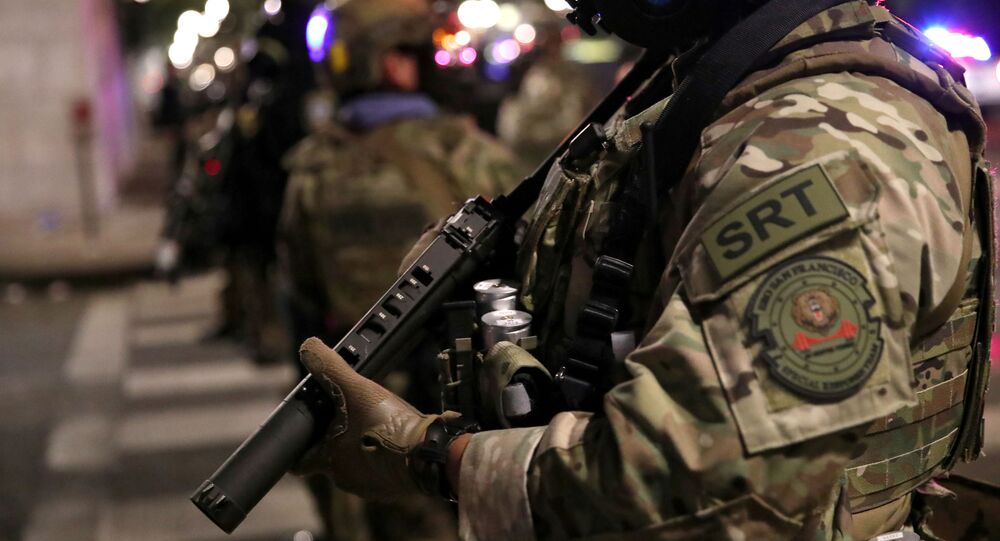 The United States’ top cop denied US police have a problem with either racism or violence during congressional testimony on Tuesday. One civil rights lawyer told Sputnik the data shows a different story, driving more and more demonstrators into the streets.

During testimony before the House Judiciary Committee on Tuesday, US Attorney General William Barr told Rep. Sheila Jackson Lee (D-TX) that he did not believe there was systemic racism among US law enforcement.

The attorney general began, “To the extent there is racism in any of our institutions in this country and the police, then obviously this administration will fully enforce-”

Lee cut Barr off to ask: “So you agree that there may be systemic racism?”

“Where? I don’t agree that there’s systemic racism in the police departments,” Barr replied.

Julie Hurwitz, a civil rights attorney who is a partner at the law firm Goodman, Hurwitz and James and the vice president of the Michigan chapter of the National Lawyers Guild, told Radio Sputnik’s Loud and Clear on Tuesday that Barr’s comments are unsurprising and speak to the deeper need for police reform in the US.

“There is systemic racism that can be demonstrably proven within our law enforcement agencies on a daily basis. It exists within our entire fabric of our country,” she told Sputnik on Tuesday.

“I litigate police misconduct cases in the city of Detroit, and even in this city, which is majority-Black, in which the police department is increasingly diverse demographically, there is a disturbing pattern of assaults, arrests, shootings and killings of almost exclusively people of color in the city of Detroit,” Hurwitz told host John Kiriakou. “So to deny that there is systemic racism is simply putting your head in the sand or just flat-out lying.”

During the hearing, Barr showed a video that overlaid reporters referring to “peaceful protesters” with images of ostensible rioting. However, the video showed nothing of the violence perpetrated by police against protesters and bystanders.

“He continuously referred to all of the injuries that were suffered by police officers and all of the weaponry that these ‘violent anti-fascist rioters’ were wielding. And yet, I have yet to hear [of] any confiscation of any such weaponry from any of the people who were swooped up off the streets, literally kidnapped and thrown into unmarked cars [while] walking away from protests,” the attorney told Sputnik.

“We are being bombarded here in the city of Detroit with video footage and audio footage of people being literally just slammed to the ground, beaten, tased, hit with batons, shot with rubber bullets, hit with … tear gas canisters not just deployed, but thrown and shot at people who are literally peacefully protesting,” she said. “To deny the violence coming from law enforcement in response to the protests against violence and racism within law enforcement speaks volumes as to why there is such a need for fundamental change in policing in this country.”

“The response that the federal government has had out in Portland and that they’re about to deploy in other cities around the country, including Detroit, is absolutely horrifying,” Hurwitz said.

During his testimony, Barr referred to the protests in Portland, Oregon, as "an assault on the government of the United States."

“This morning, I heard on NPR [National Public Radio] - I never thought I would hear a mainstream radio host devote an entire program to have a guest on his program who has written about fascism and how fascism works and how we in this country are currently looking at, if not experiencing, a tide of governmental fascist responses to the efforts to bring democracy to this country,” Hurwitz said.

“The National Lawyers Guild has legal observers assigned to assist at these demonstrations all over the country. And at first, they were even being arrested, and now, they’re not arrested so much as they are being assaulted with things like tear gas canisters by officers,” Hurwitz told Sputnik, noting the officers now aim at people’s heads instead of at the ground, as their training dictates.

However, Hurwitz noted that despite the steady increase in police violence over the last two months, new social strata are forming together and entering the protests. The latest to hit the streets have been the “wall of moms” and “wall of dads,” who have adopted nonviolent tactics and interposed themselves, arms locked, between protesters and the police - often to receive the same violence as the younger demonstrators.

Within minutes after this video, this area was gassed.

The Wall of Moms was the front line.#WallofMoms #Portland #PDX pic.twitter.com/5T25pmMt70

​“We’ve been scratching our head repeatedly since 2016 as to what goes on in the minds of those who head our federal government, and this is yet another example. One could theorize that they don’t really care how many people are protesting in the streets; they’re doing what they’re doing to exercise, flex their muscles and assert their power and distract the country from the rising surge of coronavirus that has been caused by this Trump administration, and to potentially heat things up significantly enough - and this is just my theory - to justify literally delaying the election in November.”

“We keep hearing about the rising tide of authoritarianism in this country - it’s not a rising tide, it’s here.”