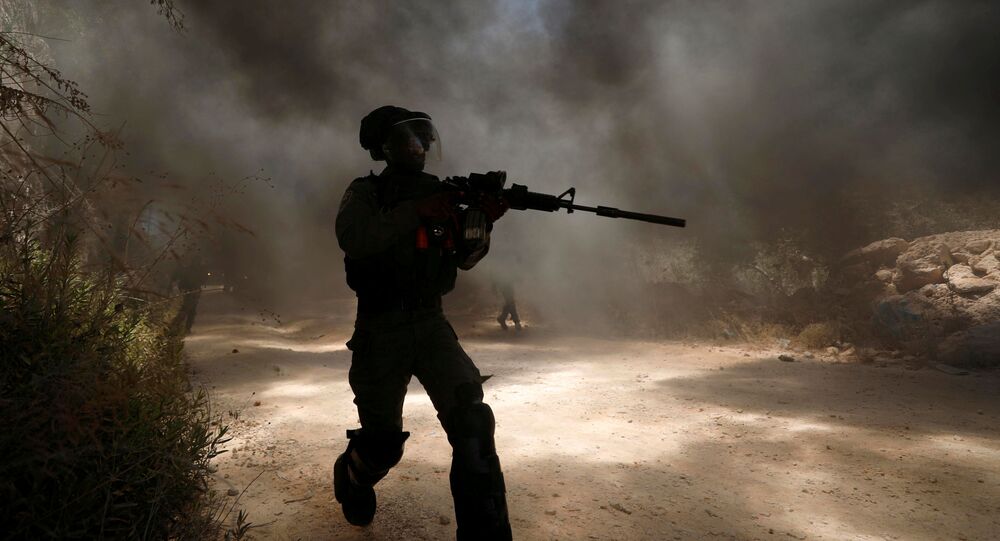 The economic and military agreement inked between Tehran and Beijing is cause for concern in Israel, believes a former Mossad chief because the money that will pour into Iran will stabilise its economy and eventually bolster the Islamic Republic and its attempts to challenge the security of the Jewish state.

US sanctions against Iran to curb the country's nuclear programme, considered a threat to regional stability by Washington and Israel, "will not be able to bring Iran to its knees", said President Hassan Rouhani on Saturday, adding that the solidarity of his society will help the nation to overcome the measures imposed by the White House.

But it is not only the nation's "solidarity" that promises to keep Iran's head above water. It is also a recently signed deal with China that is set to inject billions of dollars into the Iranian economy, hurt by the aforementioned sanctions and raging coronavirus pandemic which has claimed the lives of more than 15,000 people in the country.

While Iran is expected to provide China with oil for the next 25 years at discounted prices, Beijing is set to pump some $400 billion into the Islamic Republic, expanding its presence in such spheres as banking, telecommunications, and construction, including such projects as ports and railways.

The 18-page agreement also stipulates extensive military cooperation that includes joint drills, weapons development, and intelligence sharing, all in the name of the "fight against terrorism, drug, human trafficking, and cross-border crimes".

And Danny Yatom, a former chief of Israeli spy agency Mossad, says it is part of Beijing's general policy to expand its influence in the region.

"Just as was the case in Africa, where China received access to multi-billion dollar infrastructure projects, Beijing is using the same trick in the Middle East, striking a deal with Tehran. Their goal here is simple: all they want is to get access to the Mediterranean from which they will be able to get closer to the EU [China's largest trading partner - ed.]".

While for Europe the deal is not yet cause for concern, for Israel, Yatom says, it might present a serious headache, especially given that the revival of the Iranian economy could potentially boost Tehran's investment in projects that might put the security of the Jewish state at risk.

"Once China starts pouring in its money, it will inevitably ease the situation of the Iranian economy; and once this is done, Tehran will be able to allocate money to organisations that can challenge the Jewish state, such as Hezbollah, Hamas, and the Palestinian Islamic Jihad".

Although Tehran allegedly stopped supporting Hamas in 2011 following a decision by the Islamic group to support the Syrian rebels fighting against Syrian President Bashar Assad, Iran's staunch ally, cash injections to the PIJ and Hezbollah have never stopped, reports suggest.

While it is difficult to assess just how much money (if any) Tehran is actually putting in, Israeli media outlets suggest that the PIJ receives some $70 million per year and Lebanon's Shiite militia gets some $800 million annually.

Cash injections are not the only means being used. Throughout the years, Iran has allegedly provided Hezbollah with an array of weapons and helped to transform it into one of the strongest military powers in the region, boasting a wide range of anti-tank, anti-ship and anti-air missiles, capabilities that the Jewish state finds unacceptable.

It was for this reason that in recent years, Israel has stepped up its efforts to prevent the establishment of an Iranian presence next to its borders and has reportedly attacked multiple targets belonging to the Islamic Republic and its proxy Hezbollah on Syrian soil from where the Jewish state believes the weapons reach Lebanon.

© Wikipedia / Paul Spijkers
Iran Warns Any Further ‘Adventurist Move by American Terrorists’ May ‘Speed Up’ Israel’s Demise
Such was the case last week, when Israel allegedly fired a barrage of rockets near the Syrian capital Damascus, striking an Iranian ammunition depot and killing several militants, including one Hezbollah fighter. This was also the case in June, when the Jewish state reportedly destroyed two factories used by the Shiite militia to house ammunition.

"Iran is our main enemy and we are following what they and their allies are doing. We will not let the Islamic Republic get close to our borders and we won't allow them to continue and expand their influence in the area", warned Yatom, adding that the Jewish state should put pressure on China to make sure that its agreement with Tehran will not jeopardise Israel's security.

"I realise that the pact between Beijing and Tehran is a done deal that cannot be changed. But Israel, who boasts a friendly relationship with Beijing can approach the Chinese authorities and ask them to make sure our interests are maintained. The only question is whether China, who has its own interests and its own strategic views will actually do that", Yatom summed up.