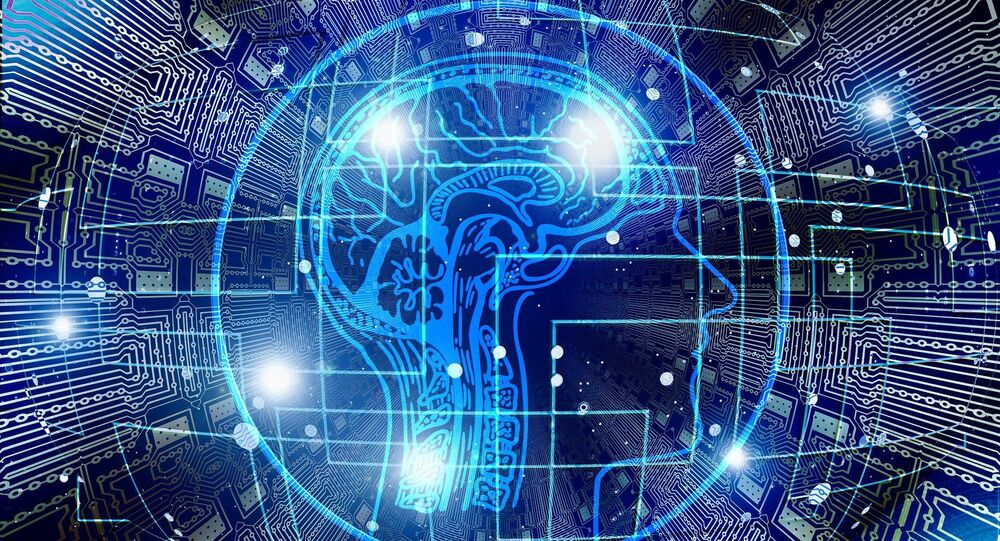 'Many of the Apps That Have Existed in the Past Haven't Used AI,’ Expert Says

Separating couples looking to divide assets and make parenting arrangements can now do so via their phones. A new app called Amica is looking to make the divorce process easier for couples thanks to the help of artificial intelligence.

Sputnik: Can you tell us more about how AI is assisting with divorces? Who are some of the companies involved in these new services?

Tania Sourdin: There are a wide range of companies that have now popped up all around the world that have focused on building technology more generally that can help people divorcing. However, many of the apps that have existed in the past haven't used AI and the newer apps that are out now are much more disruptive.

Part of what they might do is populate material in the background, so that consent orders can be generated and also so that a person can be aligned with a human depending on what their circumstances are. There are two examples in Australia that are currently being used.

One is called Amica and another one is called Adieu. Amica was recently launched by the Australian government and what its AI is based on, is a data set that includes court decisions as well as material from lawyer files about the sorts of separation agreements that people have reached.

So really much more sophisticated than what we've seen in the past. Adieu has a slightly different AI process, but one area where they've used AI is they have a one-click financial record disclosure process and that AI then produces a whole lot of material around what a court might be likely to do in the context of those contributions and also assists with family budgeting.

Sputnik: What advantages can the application of AI bring to the divorce process? Similarly, what disadvantages may arise?

Tania Sourdin: For some people, it's really so that they can check in to make sure the deal that they've all already reached with their former partner is objectively fair, and they also want documentation that they can file with the court.

The apps also enable referrals to human beings at points where it's really needed. So, it could be quite supportive so that the referral takes place in a way that is effective for the clients.

For lots of people, the idea of sitting at home and being able to access an app on a 24/7 basis can be very appealing, especially of course where travel is an issue and of course with the lockdown and the COVID-19 scenario. I actually tried out one of the apps, Adieu, last year because I was evaluating it.

I created a pretend divorce as part of it, and I was surprised because I actually found it to be very supportive. Apps can actually work in a way which may be more supportive than even having human beings during this work. There are still some really significant digital divide issues.

Those digital divide issues can relate to access to technology as well as digital literacy, and there can also be some issues where children are involved in a process, because in a divorce scenario, you often actually want to look at improvement, in terms of communication and interpersonal skills, particularly if there are ongoing relationships with children.

In addition, they may not work very effectively if one or both of the parties has some high conflict behaviours.

Sputnik: Looking at how AI has been used in other walks of life such as policing, identification and sentencing, what challenges must companies like Amica overcome if they are to be successful and if this approach is to become commonplace in the future?

Tania Sourdin: There are probably three main issues that are worth talking about in terms of challenges for the future. The first one is resistance, in terms of innovation, and that resistance comes from clients but it also comes from lawyers and those in the legal profession that might not necessarily support apps.

The second big concern is really around the data that's used to train the AI system. If you use data of poor quality, then the recommendations aren't likely to be useful or accurate, and the outcomes might be biased for other reasons.

If you just trained an AI recommend data system just based on court decision data, it's likely that it would be inaccurate. Companies I think need to ensure that they keep humans in the loop and also that the data that is training the AI is considered very carefully.

© AP Photo / John Raoux
Elon Musk Promotes His Neuralink Chip Promising Music-to-Brain Feature, Symbiosis With AI
I think that the final, third issue, is around privacy and security. I was really astounded to find that some apps in the mental health area have data that can be accessed or sold to others, and that's a significant concern in terms of whether or not people consider that they can trust those apps.

The success in terms of justice apps really depends on making sure that the apps can maintain confidentiality and keep personal data safe.