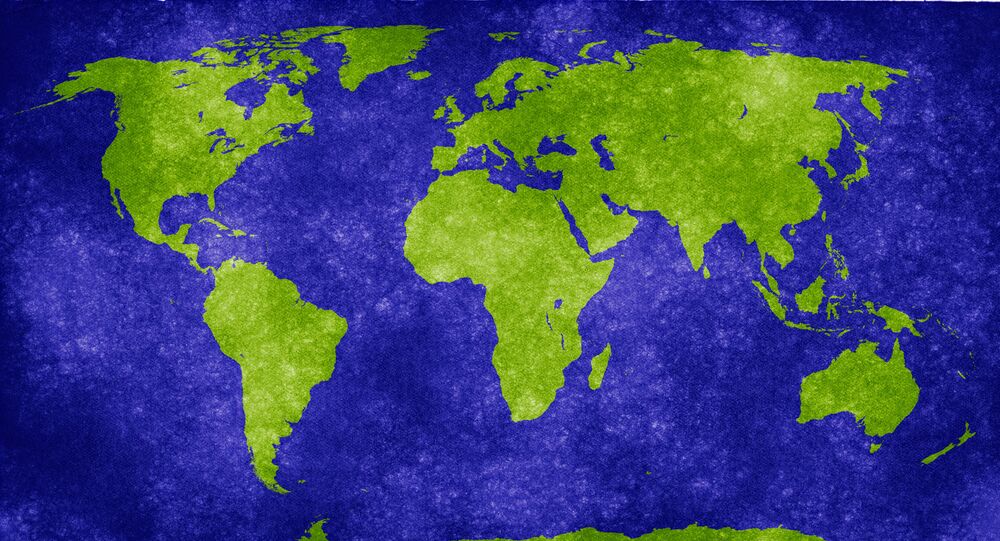 Major shifts in the way economies function around the world can be expected as a result of significant reductions in the global population owing to rising 'infertility', according to a forecast which examined 195 countries.

An overall drop in the global population by the year 2100, forecasted by two dozen researchers based in North America, is expected to have major ramifications for countries around the world, including in China, India, Italy and Spain. Such population decline, outlined in Fertility, mortality, migration, and population scenarios for 195 countries and territories from 2017 to 2100: a forecasting analysis for the Global Burden of Disease Study published by The Lancet medical journal, may ultimately be "good news for the environment" but portends 'profoundly negative' consequences for societies worldwide, according to experts with the Institute for Health Metrics and Evaluation, who contributed to the study.

Sputnik: Your study forecasts a major decline in populations in numerous countries, including China, Japan, Spain and the UK. What are the causes of this decline?

Sputnik: What are the potential negative consequences of an unmanaged and sharp decline in a country's population?

Institute for Health Metrics and Evaluation: These forecasts suggest good news for the environment (less stress on food production systems and lower carbon emissions) and significant economic opportunity for parts of sub-Saharan Africa, which will experience growing working age populations. However, most countries outside of Africa will see shrinking workforces, and inverting population pyramids which will have profound negative consequences for the economy and organisation of families, communities and societies. Finally, the results suggest a need to re-evaluate the current structure of social services and health systems due to a much older population.

Sputnik: Your paper proposes that "liberalising" migration could be a way to counter reductions in population. Why is population decline something which would need to be countered?

Institute for Health Metrics and Evaluation: Population decline is not necessarily bad, if countries are able respond to a shift in their population age structure, including a much older population that requires changes in social service offerings and financial support, and a smaller workforce to sustain the non-working older population.

Institute for Health Metrics and Evaluation: It is possible for increases in immigration to contribute to societal challenges related to cultural differences and ineffective assimilation. It is important for any country enacting policies that bring more immigrants into its society to do so with effective assimilation strategies and support to those individuals.

Sputnik: How exactly does contraception and education for females contribute to "sustained declines in fertility", isn't fertility about the body's ability to conceive children?

Institute for Health Metrics and Evaluation: In this paper, we study the impact of fertility rates on population size. We use the demographic and epidemiological definition of "fertility," which is, broadly speaking, the average number of live births within a population. Historically, improvements to access in contraception and increases in female education had been associated with declines in fertility rates at the population level. That is, as more women receive access to contraception and become more educated, they may choose to have fewer children or remain in the workforce and delay childbirth.

Sputnik: Why does your study also predict a major drop in GDP in countries such as Italy and Spain, with the UK and Germany maintaining high levels of GDP relative to other countries?

Institute for Health Metrics and Evaluation: Our study traced the impact of changes in the size of the working age population to projected total GDP. The UK and Germany have so far been able to maintain their population size through sufficient immigration and we forecast this trend to continue, which will also stabilise the size of their workforces and GDP over time. In the case of Italy and Spain, we forecast continued declines in fertility and insufficient immigration to account for the below replacement fertility rates, which contribute to further reductions in the size of the workforce.

Sputnik: Your paper also warned against 'compromising on women's freedom and reproductive rights' as a means of responding to population decline. What exactly are your concerns in this regard?

Institute for Health Metrics and Evaluation: Our study highlights the importance of changes in fertility rates on population size; changes which are largely driven by improvements to access to contraception and women's education. However, greater restrictions on access to reproductive health services would have profound consequences for the health and well-being of both women and children. There are a number of policy options to consider to address and respond to demographic shifts, including incentivising women to participate in the workforce, liberal immigration policies, and support for healthy family planning. It is critical for policymakers to protect women's reproductive rights when considering policy responses to these important social and economic trends.