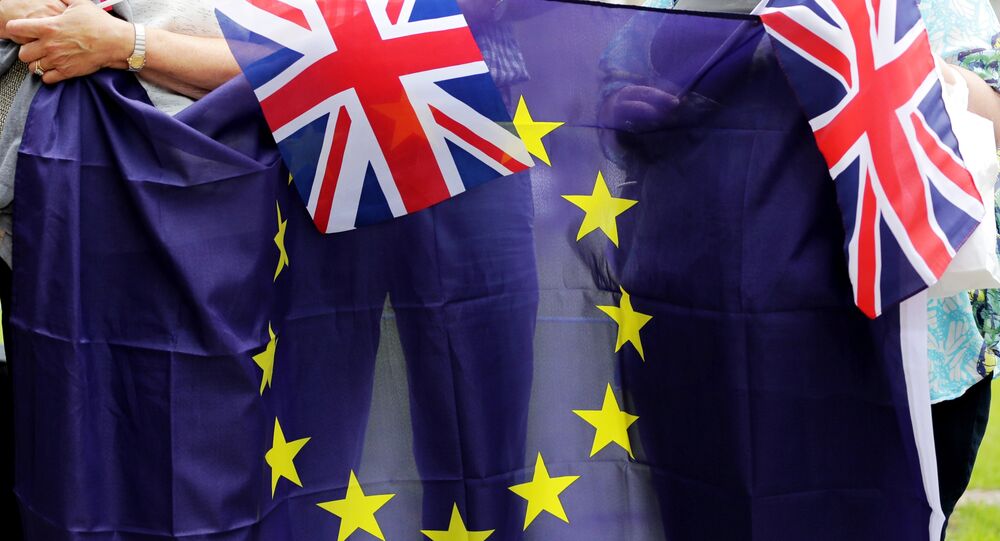 No Evidence of Russian Meddling in Any Election Compared to What US Has Done Abroad, Journo Says

The parliamentary Russia report has stated that Britain’s government failed to determine whether or not Moscow interfered in the 2016 Brexit vote. The long overdue report went on to claim that Russia interfered in the 2014 Scottish independence referendum and the 2019 general election, but did not provide any evidence to support the accusations.

Investigative journalist Dave Lindorff has shared his views on the allegations of Russian meddling in the 2016 Brexit referendum as well as the current problems of the British government over its handling of the coronavirus pandemic.

Sputnik: Are you surprised by the allegations being made by the UK government of so-called Russian interference in British politics? What do these claims resemble in your eyes?

Dave Lindorff: Well, I mean it's not the first time that we've heard these kinds of allegations of Russian interference. We had our 2016 election, and the same kinds of allegations were made, and we're warned that it's going to happen again here in this election year. So, it's sort of become a meme for whenever you want an excuse - you blame the Russians. It becomes laughable when you think how many times we know that the US has interfered in elections; all through Latin America, in the Ukraine... For all of the huffing and puffing about Russia doing the same thing, there's no evidence at all of anything on the scale compared to what the US has done in elections.

Sputnik: What effect will this have on the legitimacy of Boris Johnson's government, which was essentially elected with a huge majority in December? Surely if Russia was guilty of these accusations, which I strongly doubt as all evidence has been withheld, then it can only have benefited the Conservatives?

Dave Lindorff: I'm not close enough to the British situation to get a sense of how that's going to impact the electorate. I think his bigger problems or his problems going forward are so much greater just in terms of mismanagement and general buffoonery that I think he's going to rise or fall on how he's handled the COVID thing and what's happening with Brexit. I think these things are so much bigger that that's more what's going to drive the popularity of his government going forward.

Dave Lindorff: I cannot believe, and I feel a little bit awkward because I haven't spent that much time in England and Scotland to sense what the public attitude is, but I think most people just blow this stuff off and have their reasons for thinking how they want to think about Scottish independence. In Scotland, the attitude towards independence has been building over time, for very large, real reasons and that I don't think these kinds of side issues that don't really have anything to do with the issues of Scottish independence, pro and con itself, that they're going to have that much of an impact on the vote.

I thoroughly expect to hear this stuff coming up on your side of the Atlantic and on our side, as time goes by, because it's just another way of trying to change the conversation by governments that are messing up. It's sort of just a thing you turn to. But again, I don't get a sense that they have much traction anymore. You know you can only use these kinds of arguments a few times before people start to laugh at them. I think you're right that the timing could well be intended to influence things like the next referendum, but I just think that all of them are losing any kind of power.