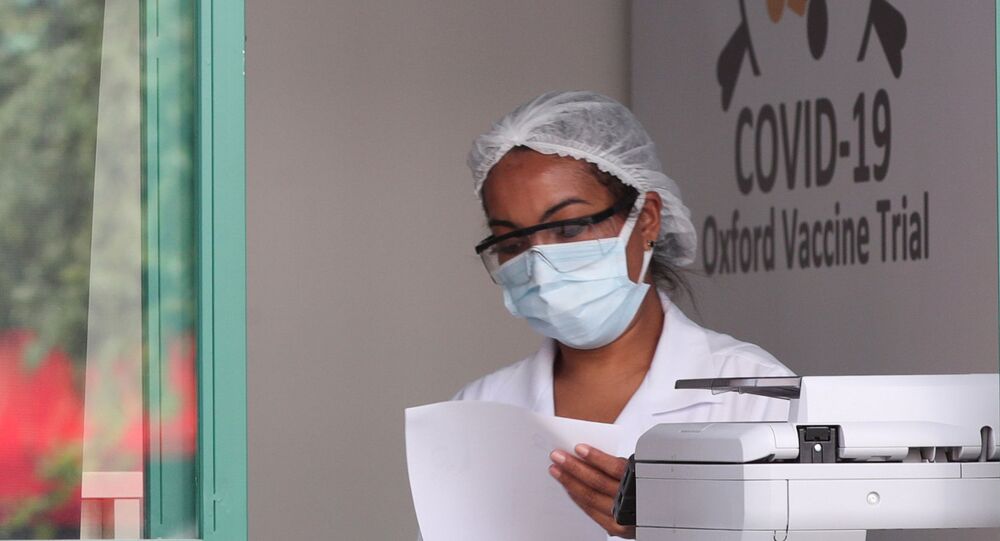 'This is Definitely Not Standard Operating Procedure', Professor on Coronavirus Vaccine

The UK government has apparently signed deals for 90 million doses of potential coronavirus vaccines that are being developed. The vaccines are currently being researched by the pharmaceutical companies BioNtech and Pfizer, as well as the firm Valneva.

This deal is in excess of the already secured 100 million doses that have been associated with the highly promising Oxford University trial being conducted by AstraZeneca. Yet it remains to be seen if these experimental vaccines are even effective.

Professor Nigel McMillan, programme director of infectious diseases and immunology at the Menzies Health Institute, Griffith University, discusses the progress of the vaccine and the ways in which world governments could have trouble rolling out the vaccines.

Sputnik: How far along is the coronavirus vaccine in terms of development?

Nigel McMillan: In terms of vaccine development around the world, there are at least 23 now in clinical trial, and each of them have, I guess, a slightly different flavour of technology. I don't doubt that we will have a vaccine that will probably be available in early 2021. Certainly the way the Oxford Group is going, their phase three trials are starting; Moderna's vaccine has started their phase three trials. The question really is: what's the quality of the immune response that we might get from that vaccine in terms of, particularly, the longevity of the response, because we know that this particular class of viruses, these coronaviruses, have a very short immune response and that's why we get re-infected with them.

Sputnik: Are vaccines usually developed at this pace?

Nigel McMillan: This is definitely not standard operating procedure. One of the amazing things about this pandemic is the incredibly rapid progress of vaccine development worldwide. So we're doing things that would normally take several years in a matter of 6 months to 12 months. So we're doing things like under doing phase one trials and then starting phase two before phase one is finished. Then getting into phase three.

So we're overlapping all these processes and we're manufacturing vaccines while we're still testing them in phase three. So phase three is really the big last study to show that the vaccine is actually effective in preventing the disease itself. So it's a calculated risk, but, of course, what it means is that on day one, when it's licenced, it's really to go to the general population.

© REUTERS / Dado Ruvic
All Volunteers Gain COVID-19 Immunity After Using Vaccine at Russia's Sechenov University
Sputnik: We’ve seen scepticism of vaccines grow in the last decade, could this new wave of scepticism hinder the effectiveness of a potential vaccine?

Nigel McMillan: It's a real concern, because we've seen not only vaccine scepticism, but we're actually seeing pandemic scepticism. Certainly in some countries, there's the thought from some of the population that this is not, in fact, a real disease and these deaths aren't real. Of course, nothing further could be from the truth. So we're really battling two different fronts and I think governments will need to think very carefully about their education campaign.

Certainly at a minimum, we would like to see the vulnerable and the elderly vaccinated, because, obviously, that's where most of the deaths are going to be coming from in the first instance. Whether we vaccinate everyone in the population I guess there's going to be a matter for each country to decide. But at a minimum, we want those elderly and vulnerable to get it.