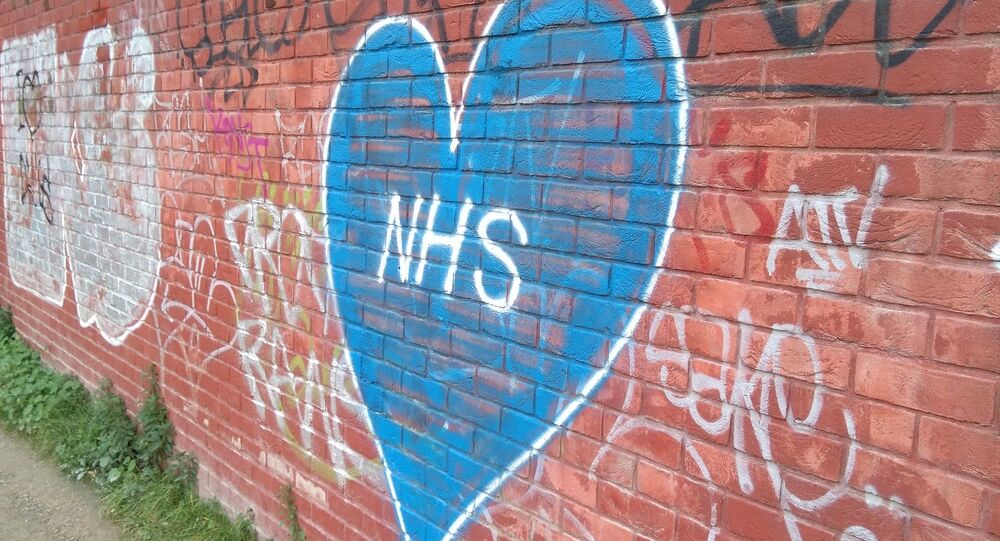 Over 500 NHS and public health professionals have signed an open letter delivered to every MP asking for the NHS to be protected from any post-Brexit trade deals. The letter calls for parliament to amend the Trade Bill which is set to be debated in parliament today.

The bill has faced a great deal of scrutiny as it contains no protections for British food standards, removes key powers from MPs and keeps negotiation documents sealed for 5 years.

Dr Sarah Walpole, one of the medical professions who signed the open letter, shares her concerns about the future of the NHS.

Sputnik: Can you tell me about some of the concerns that were addressed in the letter?

Dr Sarah Walpole: We've addressed it to all MPs from over 500 health professionals. It's really outlining our concerns about the risk of the NHS and other health institutions in the UK being on the table for future trade deals. There's a vote that is set to take place in Parliament today about whether the trade bill will really influence whether or not those health institutions and the NHS are on the table or not.

The concerns that we are mainly highlighting are the fact that it would increase marketization and be irreversible, the risk of drug prices increasing and the risk of NHS data being held in countries where there might be less regulations to keep it secure.

Sputnik: Boris Johnson has said a few times that the NHS was not for sale. What do you think of that statement?

Dr Sarah Walpole: Yes, the NHS is very much on the table. The current bill is using an approach called negative listing, therefore anything that isn't explicitly written out of the bill is in the bill and the same would go for trade deals. So anything that we haven't explicitly excluded from trade deals could be included. Our concern really is that if the NHS is included in trade deals, this is legally binding international law. So should a future government come and want to take the NHS out of the international trade deal and perhaps renationalise parts of it, that would not be possible due to the legally binding nature.

Sputnik: How would increased privatisation affect the care of NHS users?

Dr Sarah Walpole: Private companies already exist to provide health care in this country, and what we know about private companies is that they will tend to focus on less complicated treatments and less complex patients because that's the way they can make a profit. So this leaves the NHS to pick up the pieces. For example, if a patient has a complex cardiac operation and there is a complication, the likelihood is that patient would then be transferred to an NHS hospital for intensive care. So, really, private companies are not meeting all the health needs of the population. They're just focusing on specific areas and specific patients that can make them a profit at the moment, and really not everything that's important about health can be written into a contract.

© AP Photo
NHS Staff Should Be Checked For COVID-19 Twice a Week, President of Royal College of Surgeons Says
So private companies aren't really involved in delivering training at the moment for healthcare professionals and they may not be able to provide the same continuity of care and the same responsiveness to local needs. Healthcare is not a high street commodity just like something else that we might purchase. And therefore the problem when we have a private system which is focused on profit is that the patient may not be the focus of that care and the health care provider is relied on to have the information. The patient may not have all the information to make the choices and may not be provided with the same quality of care. So I think it is a real risk to our NHS if we move towards more privatisation and marketisation.

Sputnik: Throughout the lockdown, the public have shown a huge amount of support for the NHS. How can they translate that enthusiasm into support?

Dr Sarah Walpole: It's really been fantastic to see so much support for the NHS in the last month and to know that the vast majority of the public really believe in the NHS and want it to remain a public service. I think firstly, we really hope that MPs will listen to the public today and vote for an amendment to protect the NHS in the trade bill.

There's lots that individuals can do and that groups can do and I think engaging with their own MP is probably top of that list and really making it clear that we want the NHS to be protected. Individuals can also talk to the health professionals about this, for example, GPs, they can ask to be referred to public providers rather than private healthcare providers when it comes to referrals. There are groups such as Keep Our NHS Public which are campaigning and doing research, and really trying to understand what's happening, ensure that there's transparency and accountability, and that this question is kept very much at the forefront of everybody's minds and that we're doing all that we can to protect the NHS.