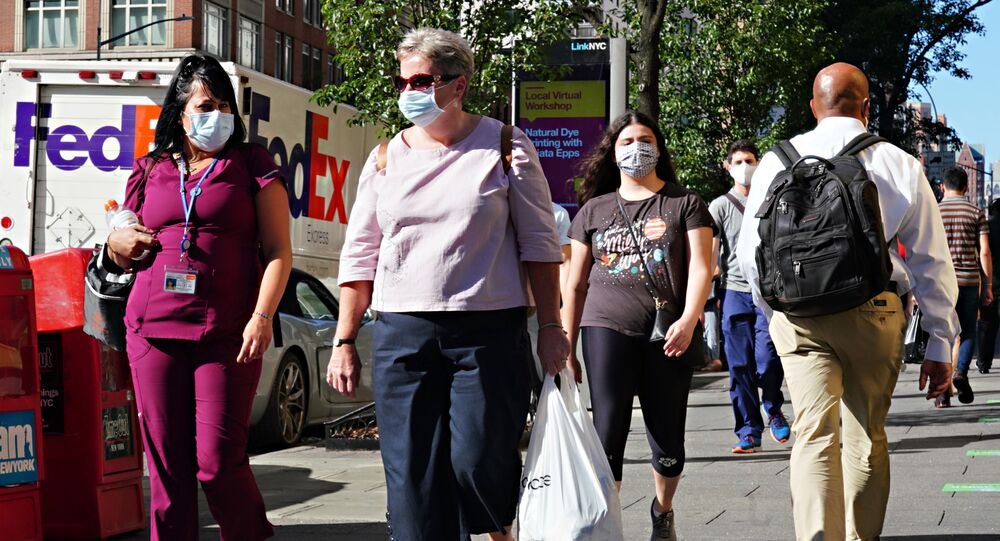 On Thursday, Georgia Governor Brian Kemp sued Atlanta Mayor Keisha Lance Bottoms for ordering people in the city to wear masks in public spaces, a move that will likely not end in his favor, Dave Lindorff, an investigative reporter whose writings can be found at ThisCantBeHappening.net, told Radio Sputnik’s Loud & Clear Friday.

The lawsuit argues that Kemp alone “leads the State of Georgia in its fight against the worldwide novel coronavirus/COVID-19 pandemic" and has the authority to “suspend municipal orders that are contradictory to any state law or to his executive orders."

"As the Mayor of the City of Atlanta, Mayor Bottoms does not have the legal authority to modify, change or ignore Governor Kemp's executive orders," the document adds, referring to Bottoms’ mask mandate.

“I know that many well-intentioned and well-informed Georgians want a mask mandate and while we all agree that wearing a mask is effective, I’m confident that Georgians don’t need a mandate to do the right thing,” Kemp said on Friday, urging residents to wear face masks in public after blocking Bottoms from ordering people to do so in Atlanta.

Bottoms responded to the lawsuit in a July 16 tweet, noting that “3104 Georgians have died and I and my family are amongst the 106k who have tested positive for COVID-19. Meanwhile, I have been sued by @GovKemp for a mask mandate. A better use of tax payer money would be to expand testing and contact tracing.”

“For one thing, we’re talking about an executive order, not a law. So, his basis for his lawsuit is an executive order, which is going to be contested as an illegitimate order by the mayor’s office when they’re fighting it in court,” Lindorff explained. “And the mayor’s on much better ground, because she’s actually saying you should be wearing masks and she’s representing a congested area, unlike most of Georgia, which is rural, and she’s under a different kind of stress than the rest of the state to get a hold of this thing.“

“If she gets a halfway decent judge - which in Georgia is kind of a stretch - Atlanta will probably win that lawsuit … and the state will be able to order mandatory masks,” Lindorff told Sputnik.

In an interview with “Today” on Friday, Bottoms noted that Kemp has “overstepped his bounds.”

“And we’ll see him in court. … I absolutely think that I will prevail,” she added.

"It is officially official. Governor Kemp does not give a damn about us," Johnson tweeted on Wednesday night. "Every man and woman for himself/herself. Ignore the science and survive the best you can,” he said of Kemp’s attitude toward safety.

"You know who is caught in the battle between the Georgia Governor and Local governments? Grocery store clerks, retail workers, and restaurant servers," Dunwoody, Georgia, Mayor Lynn Deutsch wrote on Twitter on July 15. "In other words, just the folks who aren't likely to have health insurance and paid time off." The Dunwoody City Council on Monday passed an ordinance requiring the public wearing of masks. However, Kemp’s executive order states that municipalities cannot impose their own COVID-19 guidelines that differ from the state guidelines.