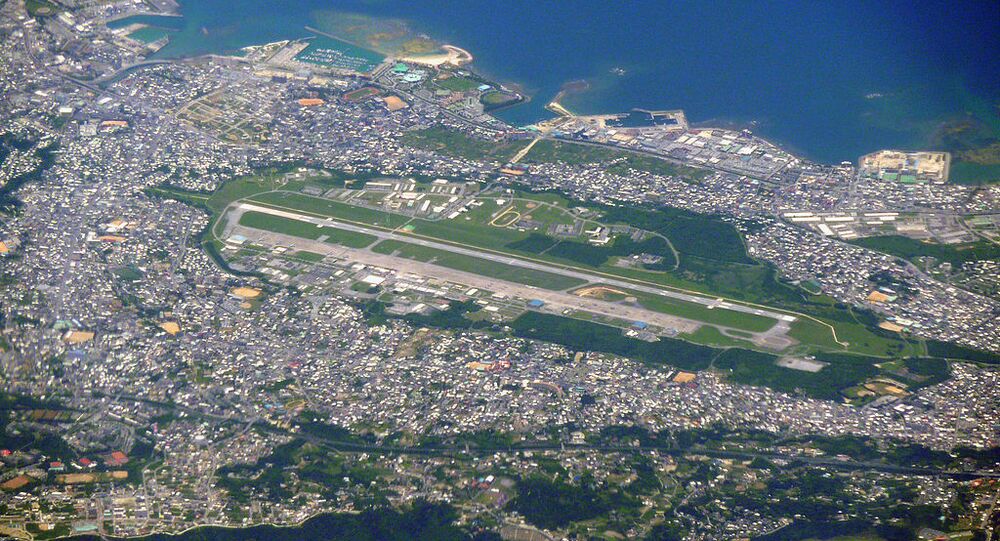 A new COVID-19 outbreak among US military members on five US bases in Okinawa, Japan, has greatly incensed the people of Okinawa, who went through great strides to prevent COVID-19 infections in the Japanese prefecture, KJ Noh, a peace activist and scholar on the geopolitics of Asia, told Radio Sputnik’s Loud & Clear Thursday.

Okinawa was annexed by Japan in 1872, Noh explained to host Brian Becker.

“By all rights, it should have been granted its own independence after the end of World War II, but instead it was kept as a US forward base because of its geostrategic importance, and since then, it’s hosted about half of the 55,000 troops that the US has stationed in Japan. What has happened very recently in Okinawa is that at least 94 - possibly 100, the numbers are actually not clear - [new COVID-19 cases] have been discovered,” Noh explained.

The cases have been among US military service members at the Kadena Air Base as well as the US Marines Corps' Air Station Futenma, Camp Hansen and Camp Kinza.

"I can't help but have strong doubts about the US military's measures to prevent infections," he added, noting that there were reports of US service members going off-base to beach parties and nightlife districts around July 4.

“This has upset the Okinawan people, because Okinawa, for two months, did not have a single case. They used the Chinese model - that is, test, contact trace and selectively isolate - and the total number of cases [was kept] below 150, total number of deaths under eight, and they had absolutely no viral cases for two months until just very recently,” Noh explained.

“Now, this information that there were US Marines with COVID was not disclosed voluntarily, but it was leaked, and to this point, the US will not disclose the exact cases so that the Okinawans can’t do contact tracing,” he said. “Both the local government and the local people are shocked and tremendously upset right now.”

According to local Japanese officials, the US military has not been very transparent with details regarding the COVID-19 outbreak. An unidentified prefectural government official recently told the Japanese newspaper Asahi Shimbun, "We have no way of knowing whether the large number of infections has made it difficult for the US military to accurately grasp the details or if they have the details but are not disclosing them.”

“We are also worried about whether the US military hospital will be capable of dealing with a situation in which many patients develop serious symptoms,” the official added.

‘These Are Really Occupied Territories’

With 31 US military installations in Okinawa, the Japanese-controlled island has long been strained by overcrowding, crime and pollution.

“The US has what it calls the US Status of Forces agreement with ‘host countries,’” Noh explained.

“These really are occupied territories, and these are all asymmetric treaties that grant US military personnel powers comparable to diplomatic staff. That is to say, they do not have to go through airport screening procedures, they don’t need passports or visas, and they certainly are not beholden to local laws including public health regulations, even under the time of a global pandemic. This is the problem. It’s almost as if a country were trying to prevent or contain a pandemic, and you leave a huge backdoor open. This is how the US military presence functions,” he said.

“And the US military is in 177 countries. That’s a quarter of a million troops in 177 countries, and Okinawa is just one of them. Okinawa has had, traditionally, extraordinarily bad relations with the US military, because it’s been subject to all the ravages that military occupation results in. That is, as you mentioned, rapes, murders, prostitution as well as pollution and just general environmental damage,” Noh explained.

“The fact that US troops can travel without restriction makes it an issue, because just as the US is not taking public health precautions in the US because it prioritizes profits over people, the US is not taking adequate public health precautions outside the US because it wants to maintain force-projection capacities,” Noh added.