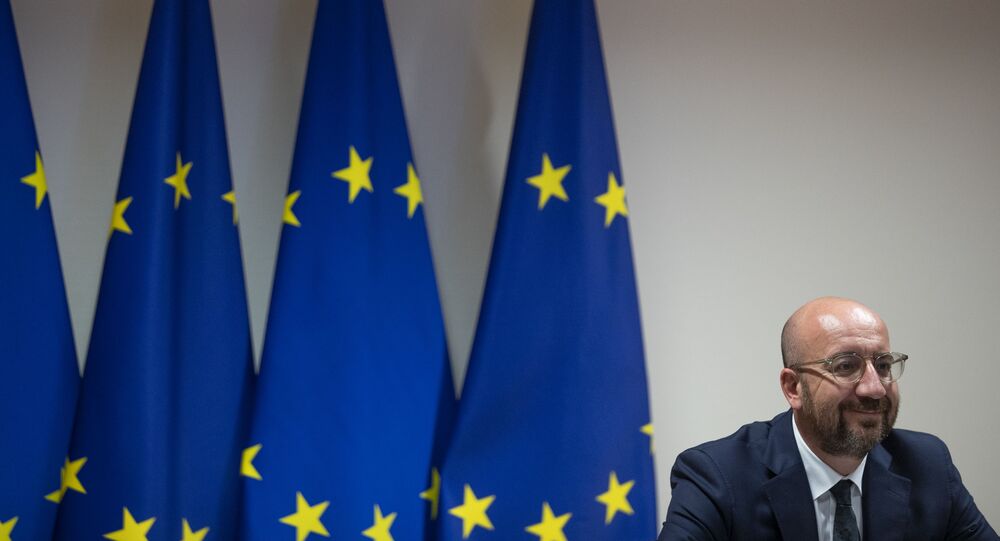 Brexit: ‘The Commission Calls the Shots and EU isn't as United as it Would Like to Be’, Analyst Says

EU chiefs in Brussels have announced plans to target so-called ‘sweetheart tax deals’ which involve tax breaks or other advantages, to bring additional business and trade to a nation. The crackdown is expected to lead to an unprecedented legal assault whilst also reducing the ability of multinationals to exploit advantageous corporate tax schemes.

Political commentator Mitch William reflects on this initiative and the consequences it could possibly have.

Sputnik: What does this latest initiative from the EU represent? How significant is it in your eyes?

Mitch William: I think it represents one of the major factors of Brexit. The European Union is a great idea on paper however it gets too involved in member state domestic affairs and ordinary people don't like that. It's significant because the EU is threatening punishment; whatever happened to be in united in diversity? I think it demonstrates that the Commission calls the shots and the EU isn't as united as it would like to be, which may pose a major threat to the bloc's long-term survival.

Sputnik: Do you expect nations in the bloc to co-operate with this new policy? What other options do the nations have?

Mitch William: Usually, the normal procedure would inherit unanimous support of all member states for a policy such as this. However, this plan will only require the backing of a qualified majority the EU's 27 members, which means no individual member state can wield the veto. This approach may very well stoke tensions across the bloc and leave little options, if any, for nations who oppose the motion.

Sputnik: What effect will this have on the legitimacy of the EU, and moreover eurosceptic countries across the bloc, who are perhaps looking towards the UK right now?

Mitch William: Well this could push nations who aren't in favour of the motion to rebel against the commission, which will destroy any semblance of EU legitimacy. The UK has left the European Union and we're set to free of all EU rules and regulations as of the first of January 2021. However, I think it's possible that we're effectively leaving behind the new franco-german empire. The smaller, possibly eurosceptic nations, should take this into account and they'll need to decide if they want to live under the pressure of France, Germany and the commission, or to follow the UK out into the world.