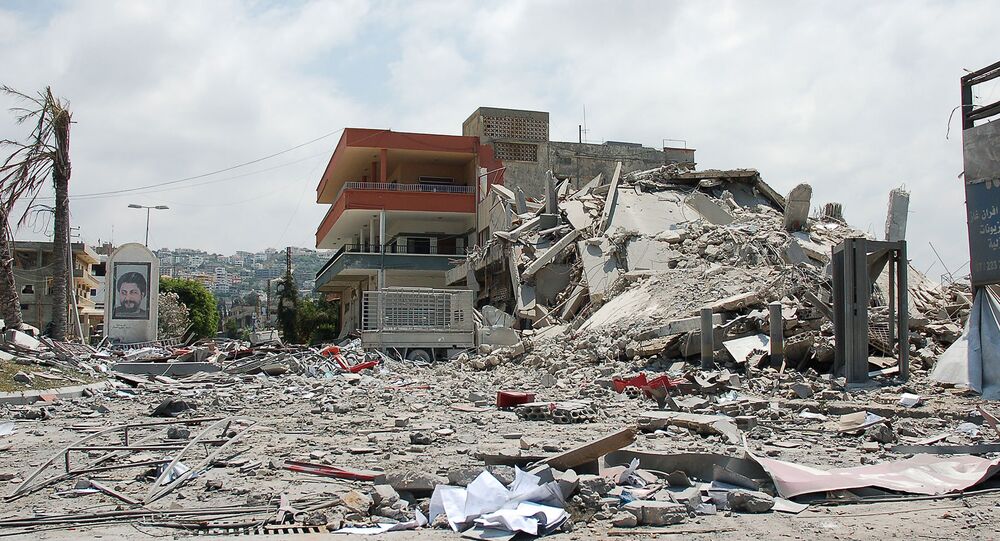 Looking back at Israel's 2006 operation that claimed the lives of more than a hundred IDF soldiers and destroyed Hezbollah infrastructure, Yousef Hadad, a former IDF combatant, says he had no remorse. Despite almost losing his life in a battle, he claims he would gladly do it again, if the Jewish state needed his help.

It's been 14 years since Hezbollah, a Shiite faction based in Lebanon, ambushed two IDF patrol vehicles, killing three Israeli soldiers and taking two others captive, an event that triggered the Second Lebanon War.

Reportedly, 250 Hezbollah fighters and nearly 1,200 Lebanese civilians were reportedly killed in the conflict, and more than 900,000 were displaced; direct damage to Lebanon was estimated at $2.8 billion.

Yousef Hadad, an Arab Israeli from the northern city of Nazareth, was lucky enough not to become one of the war's casualties.

"It all happened two days before the ceasefire of 2006 [that took place on 14 August]. After assisting four wounded soldiers, who had been hit by a rocket, we came up with their evacuation plan," he recalled.

Little did they know back then, says Hadad, that Hezbollah was well aware of their moves and was prepared to use their smallest mistake to launch a deadly strike.

They left their hideout in the early hours of the morning and were supposed to keep a "night time" distance away from each other that presupposed a narrow gap between soldiers.

In the last minute, just before leaving the house, Hadad decided to change the instruction, ordering his 13 soldiers to maintain a "daylight" distance, where each of the fighters could barely see the person ahead of him.

In retrospect, says Hadad, that was a call that saved their lives. But it didn't protect him from sustaining a serious injury.

Just few minutes into their escape plan, Hezbollah launched a rocket at the group. Although it didn't hit them directly, the shock wave it caused lifted Hadad into the air and threw him down on his belly.

"I felt my face was covered in blood but all I could think about was the explanation I would need to give my mom," thoughts that were soon interrupted by the sight of his foot being missing; it was cut off during the explosion.

"I was in pain but I remember the doctor saying that if I am not evacuated straight away, the IDF would need to send a chopper to collect my body. Luckily for me, it didn't come to that point and my life was spared," he recollects.

His wounds have healed too, with Israeli doctors sewing the foot back on, but the memories of that battle still linger.

Yet, looking back at the event, Hadad says, he had no regrets.

One of the reasons for this, he explains, was the desire to help the local Lebanese population that "has been suffering" because of Hezbollah, the other one was the strive to protect fellow Israelis - Jews, Muslims and Christians alike - from the threat of the Shiite militia.

"Out of the 44 civilians who were killed during the war, 19 were Arab Israelis. Hezbollah’s rockets don't differentiate between Jewish and Arab residents. My own town [with its predominantly Arab population] was bombarded too, causing several casualties," he reasoned.

Hadad is not alone. Israeli law doesn't force Arabs to serve in the IDF, citing Israel's unwillingness to force them to choose between loyalty to their state or their fellow Arabs. However, reports indicate that the number of those who enrolled into the military has gone up over the years.

In the past, only one percent of Arabs -- who make up some 20 percent of Israel's total population -- were ready to wear Israel's uniform, deterred by the idea that this act could label them as "collaborators of the occupation forces".

In recent years, this tendency has softened; ten percent of the Arab population now enlists in the IDF. Many prefer to go into combat units, where they can encounter their enemy face to face.

That, however, comes at a price. Being vocal on social media and not pretending to hide his military career, Hadad, as well as other Arab soldiers, often face a barrage of criticism and threats, directed at them by more nationalistic Arabs.

But Hadad believes these voices are a minority, with most of the population staying "at bay" from such radical views.

"Most Arabs want to be part of the Israeli society but many are afraid to speak up their minds, fearing the backlash that will surely follow. We cannot surrender to this trend. Serving is our right and we should fulfil it. I wouldn't hesitate to do it again."