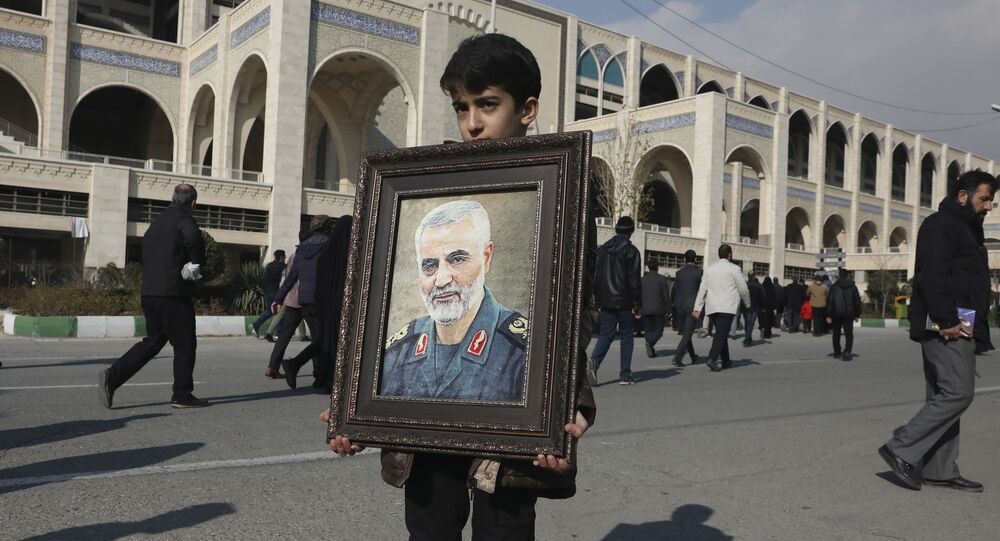 In a recent report, a United Nations expert found the January killing of Iranian Major General Qasem Soleimani by a US drone strike was against international law. One journalist told Sputnik the killing fit a long pattern of the US destroying places it cannot control, which is linked to the proliferation of poverty in the US.

Kei Pritsker, a journalist with BreakThrough News, told Radio Sputnik’s Political Misfits Tuesday that “for most of US history, we’ve just attacked countries purely out of our interest to extend our sphere of influence for power and take out governments we don’t like, and it’s really the same deal with Qasem Soleimani.”

In a June 29 report to the UN Human Rights Council about targeted killings through armed drones, Agnes Callamard, the UN special rapporteur on extrajudicial, summary and arbitrary executions, found Soleimani’s killing was not legal, as the Trump administration has claimed, but was instead an attack against both Iran and Iraq.

Callamard wrote that the January 3 drone strike outside Baghdad International Airport that killed Soleimani, as well as several high-ranking members of Iraq’s Popular Mobilization Forces (PMF), was “directed not only at Iran but also Iraq,” and killing him on the country's soil without first receiving Baghdad's consent meant that the US had "violated" the nation's territorial integrity.

Further, it was “the first known incident in which a State invoked self-defense as a justification for an attack against the State-actor, in the territory of another state, thus implicating the prohibition on the use of force in Article 2(4) of the UN Charter,” the UN official said.

“He’s a general that was pivotal in fighting ISIS [Daesh] in Iraq and asserting Iran’s security interests in the region,” Pritsker told hosts Michelle Witte and Bob Schlehuber, noting that in the view of the United States, “that’s our territory … How dare Iran try to protect its borders? That’s crazy.”

Pritsker said that US imperialism abroad is linked to poverty in the US itself. “It’s the same issue, and that’s what [Dr. Martin Luther King Jr.] said. Some of the listeners might know that in the late years of his life, Dr. King was an ardent critic of the Vietnam War, and he supported the antiwar movement,” he said, noting it lost the civil rights leader much of his mainstream liberal base.

“He was talking about radical things. He said the bombs that drop in Vietnam explode in the inner cities of the United States. What he meant is that we spend billions, hundreds of billions if not trillions of dollars now, today, destroying, killing poor people overseas. And the people we send - poor Black and brown kids - overseas to kill even poorer people, they come back, and they come home to communities that are completely underfunded, underdeveloped, where the police are let loose like monsters and set [upon] these kids.”

“The irony is that we send people abroad and say we’re spreading freedom, but those same people that are coming back to the United States, they realize we don’t even have freedom here,” he said.

“There’s no better example of that than this July 4, when the country is in the middle of this uprising and people are really asking: we talk about freedom for everyone, everyone has the right to pursue freedom, liberty, whatever - who is that freedom for? Because people in this country definitely don’t feel free, especially all those people that got laid off during COVID that are unable to make rent or unable to put food on the table. How free are you if you can’t eat?”