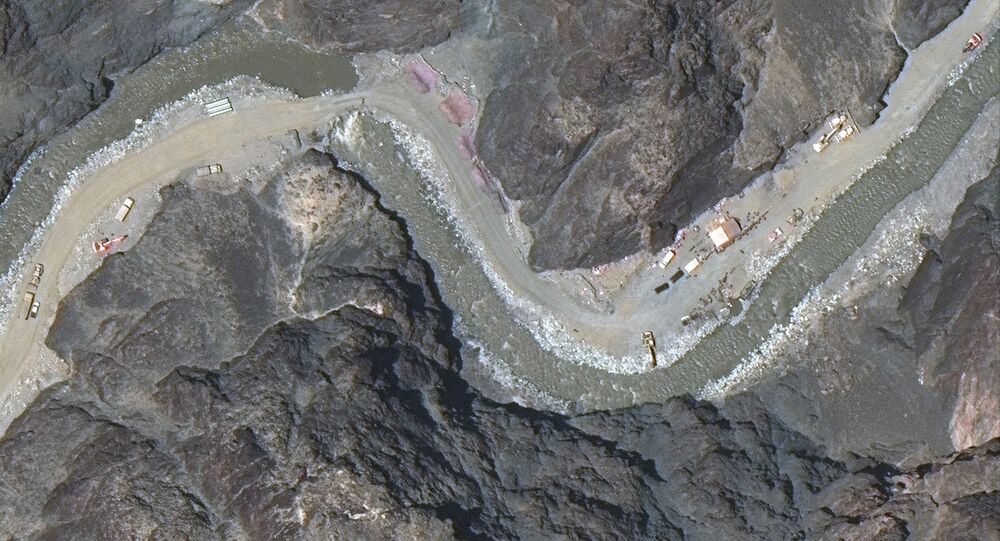 New Delhi (Sputnik): For over two months, Indian and Chinese armies have been locked in border stand-off that included a violent skirmish on 15 June in Ladakh. Experts have compared the air power of the two countries as a military build-up has picked up speed along the loosely demarcated 4057-kilometre Line of Actual Control (LAC).

While China’s defence ministry spokesperson, senior Colonel Wu Qian, confirmed on 24 June an all-dimensional live-fire exercise to comprehensively test troop joint combat capability in a plateau environment, he mentioned that the exercise was “not targeting any specific country”.

Nevertheless, Indian Air Force Chief R.K.S. Bhadauria has observed a “more than usual deployment” by the People’s Liberation Army Air Force (PLAAF) in the Ladakh region, where the two sides became entangled in a brief but intense stand-offs beginning in the last week of April. Bhadauria said that his force is prepared for any contingency and confirmed that he has deployed assets in forward bases.

Amid a military build-up on the Indian side, the Chinese state run daily paper Global Times, quoted Chinese experts claiming that India’s Mig-29s, Su-30s, Mirage 2000 jets and Jaguar attack aircraft are no match for China’s domestically developed J-10C and J-16 fighter jets. Chinese analysts believe that the J-20 stealth fighter jet has a “generational advantage over Indian aircraft, a gap that cannot be fulfilled by any means.”

Sputnik: Due to differences in the perception of Line of Actual Control, there have been skirmishes between India and China. The ongoing stand-off clearly suggests a different attitude from Chinese side, which claims sovereignty over Galwan and a no-man’s land at Pangong Tso. Is the unavailability of a missile defence system like the S-400 in India a major reason for this? What difference will it make once India can deploy this system?

Vijainder K Thakur: It is likely that China's decision to use force to realign the LAC to gain tactical and strategic advantages was a political one, but the decision to do it now, not later, would have factored in the IAF's planned acquisition of the S-400 system. The average height of the Tibetan plateau is 4,500m. Even low-flying People’s Liberation Army Air Force (PLAAF) aircraft would effectively be flying at around 5,000m.

IAF S-400 systems positioned at around 500m elevation, would be able to detect the relatively high-flying PLA fighters and medium-altitude long-endurance drones well before they cross the LAC. On the contrary, PLA S-400 systems positioned at high elevation and masked by high mountains would not be able to detect IAF aircraft flying at around 5,000m.

Sputnik: In 2018, the Indian Air Force chief claimed that the Su-30MKI had detected China's stealth fighter, the J-20, in the Himalayan region. Does this give confidence to IAF of an air defence superiority over China?

Vijainder K Thakur: It's unlikely that the PLAAF will deploy its J-20 fighters for cross-border missions, except in an all-out war. China has nothing to gain from an all-out war with India. If anything, an all-out war with India would alienate China from the rest of the world even more. Such alienation would be a serious threat to the continued rule of the CPC. It is likely that airpower would be used by both countries to facilitate LAC realignment by interdicting tenuous supply lines through the mountains.

Coming to the core of your question, IAF airborne (fighters and AWACS) and ground-based radars can detect PLAAF J-20 stealth fighters. However, the radars would not be able to track the J-20 flight path with enough accuracy to engage them with radar-guided missiles. However, there would be other important factors in play. The PLAAF has a limited number of operationally-deployed J-20 stealth fighters. Operating from high-altitude airbases on the Tibetan plateau, the range of these fighters would be constrained. PLAAF air bases are relatively further recessed from the LAC, as compared to IAF bases.

© AP Photo
Chinese Forces Write ‘China’ in Huge Letters on Land Disputed With India, Satellite Images Show
Under the circumstances, it would not be possible for the PLAAF to effectively keep J-20 fighters on patrol 24/7 over the LAC. Since the IAF can detect the presence of J-20 fighters, it can easily avoid running into them accidentally. The IAF would use gaps between J-20 patrols for interdiction and ingress (helicopter/C-130 drops) missions. Because of the distance of their operating air bases from the LAC, the J-20 fighters wouldn't be in a position to intercept IAF strikes or air drops along the LAC.

Sputnik: Many consider that the availability of combat drones in China's People's Liberation Army will play a crucial role. What is the strength of Indian armed forces in UAVs and how would India counter China's combat drones?

Vijainder K Thakur: All the three services are using drones for reconnaissance, surveillance and intelligence gathering. We currently don't have armed drones.

As in May 2015, India had around 176 MALE (Medium Altitude Long Endurance) UAVs, almost all procured from Israel. Of these, 108 were Searcher UAVs and 68, Heron UAVs.

(China's MALE GJ-1 and GJ-2 have the ability to launch small air-to-ground missiles with a precision strike as well as the EA-03, WZ-7, GJ-11 stealthy UCAV and WZ-8 supersonic reconnaissance UAVs).

Sputnik: What would be the role BrahMos-A and China's anti-missile system in the unlikely event that there is a conflict?

Vijainder K Thakur: Because of its high supersonic speed and accuracy, the BrahMos-A represents a very potent threat to PLA command and control centers. The flight path of the missile can be programmed to maximize terrain masking, ruling out interception by adversary AD systems. Launched after ingressing into Chinese controlled (occupied Tibet) airspace and set to fly a lo-lo flight profile, the missile could be used to hit supply bases deep in adversary controlled territory.