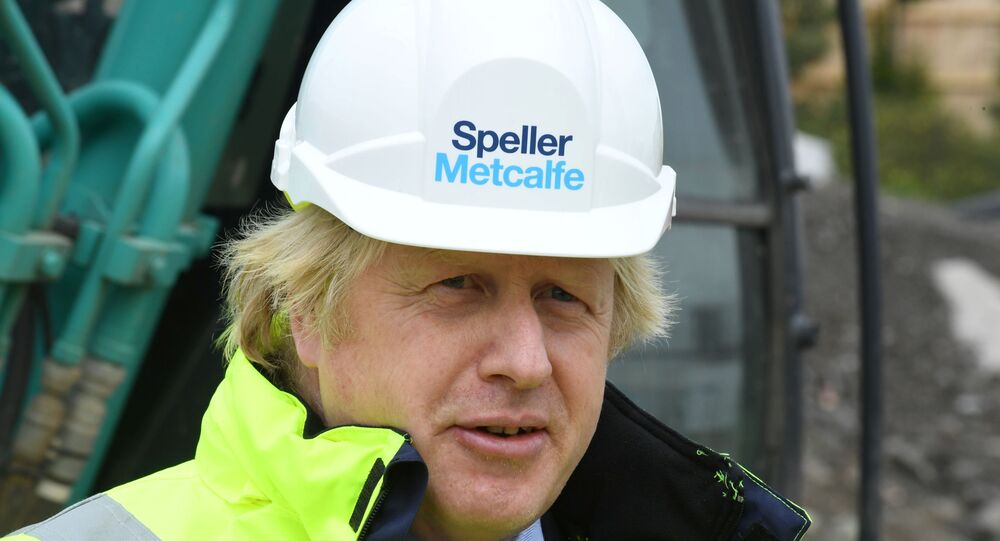 "Build build build”, that was Boris Johnson’s message as he unveiled the government plans to tackle the economic impact of coronavirus with a promise to invest in infrastructure.

The PM took to the stage in Dudley and made a vow to tackle this country's great unresolved challenges, including building new schools and expanding on hospitals. But how much of this plan was actually new?

Alistair Jones, Associate Professor in the department of Politics at DeMontfort University shares his take on the government’s so called ‘New Deal’.

Sputnik: How does this announcement stack up against the New Deal?

Alistair Jones: It is definitely not a new deal. It is a re-issuing of a range of spending plans which are part of a much bigger project of infrastructure spending that Rishi Sunak had talked about. So none of this is new spending. It's all just clarifying or focusing where some of the spending is going to go. So he's spending on hospital maintenance, we already knew about that.

Sputnik: Has any of the announcements made by the prime minister surprised you today?

Alistair Jones: I think the upgrade of hospitals and the building of schools fits in very well with what is needed with regard to how COVID has gone throughout the country. So the NHS is in desperate need of money, the amount of money being put into the NHS here is woefully insufficient for what they actually need. The NHS needs 30 or 40 billion just to have everything actually up and running fully functionally. The schools, again, the maintenance of schools, that budget was cut quite significantly by the austerity packages which Michael Gove introduced when he was secretary state for education. So this is the money that was cut, that's no reappearing, minus of course all the inflation that would have been added on top of all of that. So in retrospect, it's where the money is needed. But at the same time, the concern is: will it actually go ahead?

So the school building project, for example, is for September of next year. So there's another 15 months until that's even going to start and if it is being done, we're going to need at least another year before those schools actually come into operation. So unless he's mapping out a super scheme that these schools are going to be in place nicely in time for the next general election, that may be the long-term strategic thinking.

Sputnik: How does this spending look in comparison to projects like the Furlough Scheme?

Alistair Jones: It is small change out from the back of the sofa in all honesty. Yes, the government has borrowed a lot of money and the bailing out of people with regard to the furloughing scheme, which has been brilliant, has meant that people have actually been able to carry on spending even though we've had a lockdown. So they've been able to pay for groceries, they've been able to pay their bills. Although we've seen the economy contract significantly, it would have been far worse had there not been the furloughing scheme. Now even with the furloughing scheme, we are talking about a drop in the ocean compared to the amount of money that was spent to bail out the banks a decade ago. So while people are complaining that it's a hell of a lot of money, and in fairness it is, compared to what was used for bailing out the banks, This is a drop in the ocean for the furloughing scheme.

As a whole, this is one of the success stories in how the government has actually been reacting in relation to the COVID pandemic. So we have seen people being able to some degree carry on aspects of the normal lives. But as for the amount of money involved, yes, the government debt is going to be higher than it's ever been since the Second World War. But if you look at the rate of interest that's going to be on this and the fact that the government is going to be paying it back in the long term over probably 30 or 40 years, it's actually probably a long-term huge investment in the UK and that is how it needs to be seen.