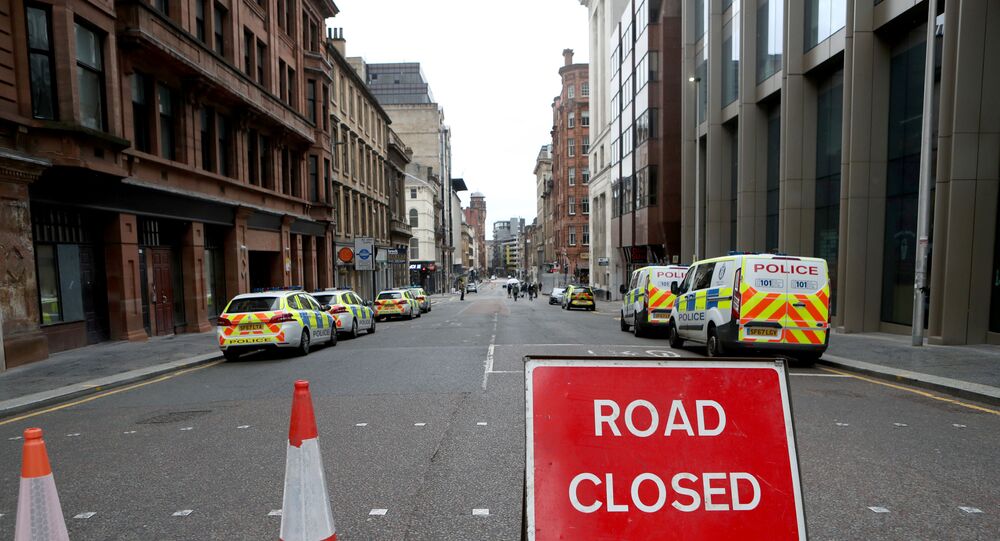 Glasgow, which had over 37,000 asylum seekers at the end of 2018, according to data from the House of Commons Library, was rocked by a knife attack on Friday, which resulted in six people being injured. The assault was carried out by a 28-year-old Sudanese-born man who lived in a hotel which housed asylum seekers.

UK-based journalist and political commentator Katie Hopkins is convinced profit-making is the reason why Glasgow authorities are willing to accept refugees. The only way to solve the migrant crisis, according to Hopkins, is to stop accepting asylum seekers altogether.

Sputnik: In 2018 Glasgow was the UK local authority with the most dispersed asylum seekers, according to the House of Commons Library. Why has Glasgow got so many asylum seekers and how the decision to send them there was made?

Katie Hopkins: You know, the answer to this is always money. There will be a certain amount of funding allocated per head that a council or a city council can collect for every asylum seeker they take. So somewhere along the line, Glasgow or the city council has made a profit-based decision. And in effect, this is just the continuation of the trafficking of human flesh. There is profit to be made in the movement of human flesh and Glasgow is complicit in it. The reason it has so many is because it thought the model could be profitable. It shoved them into low areas, deprived areas, places where housing was poor or cheap. Now it has shoved them into these hotels, which are actually really nice, smart city-centre hotels.

The “Park Inn”, for example, was rated four out of five on TripAdvisor. It's the sort of place that would be considered a treat for most Brits to go there and have a night, or it would be a luxury most people can't afford. And yet these are the places that we are putting people who have no right to be here. These are asylum seekers, which is just code speak for illegals who haven't been processed yet. And yet we're paying for them not only to be here, but for their accommodation, their food. They're usually given a certain amount per day for spending either on cards or in cash. The cost to Brits is astronomical at a time when we are about to hit a depression, the likes of which this country has never seen.

Sputnik: Asylum is a matter reserved to the Westminster government and in September 2019 a new provider, Mears Group, was contracted by the Home Office to provide housing and support services to asylum seekers in Scotland. Asylum seekers previously complained about the conditions they were hosted in. How serious are the complaints about poor housing? How should this problem be tackled?

Katie Hopkins: I've seen this happen before. So in Italy, when the migrants were crossing from Libya across the Med and then they would land in southern Italy, I was there amongst the migrants. Exactly the same model was used. They were put into large hostel or hotels. The hotels liked it because they had a guaranteed revenue, because all their rooms were full with the migrants. They were given X amount per head per day. It was calculated that the migrants to these hoteliers were worth, I think, €45 per head per day. So if you could get as many of them in as you could, your hotel would probably be doing better than it might otherwise be doing. But exactly the same thing happened there. And the migrants didn't like the rice that they were being served. The rice was too soft and the Wi-Fi. These migrants said - these African migrants who came from Libya - the Wi-Fi was too slow. So very similar to Glasgow. They protested in the little town in southern Italy where I was. They blocked the roads so that local villages couldn't use the roads anymore and there was violence. So exactly the same thing is happening.

And we have this misunderstanding that somehow migrants or illegals come here to start this new life. And we have this idea that they are going to be grateful. Well, they're not. They made it to the front of the queue because they were more ruthless than the last guy. They will kill people who get in their way. And when they land here, Italy or England or wherever, they're not filled with gratitude. They just continue the fight to get everything they can. And again, they will kill people who get in their way. There is no solution. There is no way this problem can be tackled. The only way to tackle this problem is to stop accepting illegals into a country where we will run out of school places in the next five years. We are already more or less out of secondary school places. We cannot take any more people.

Sputnik: How can the UK ensure its safety with regards to the influx of refugees and asylum seekers?

Katie Hopkins: Since 2014, I think, in my Sun column that became somewhat internationally well known, I said stop the boats. We need to send in the gunships to stop the boats. That's always been my line. And 10 years later, that's still my line. So on average, four or five boats that we know about are brought in to Dover. There's probably 10 times that number landing around the coast, the south east coast of the UK, plus all the lorry loads coming over from France to the UK. And I have been in those lorries. I have been in those lorry parks. This is the coordinated mass movement of people. And the only thing we could do is stop the boats, stop the trucks, stop the illegal movement of people, and there is no appetite to do this. There is no willingness to do this. And there are not the resources to do this.

And as a result, the people making money off the illegal movement of people, the transfer of human flesh, continue to make a lot of money and regular Brits pay the price. We will be at the back of the queue behind people who have no right to be in this country. And as things currently stand because of the new bill that passed through parliament regarding corona, there is no due process either. Normally, migrants go to a holding place and then they are dispersed. That's now being bypassed and migrants are being pushed straight out into local towns and villages. And there's plenty examples of that.