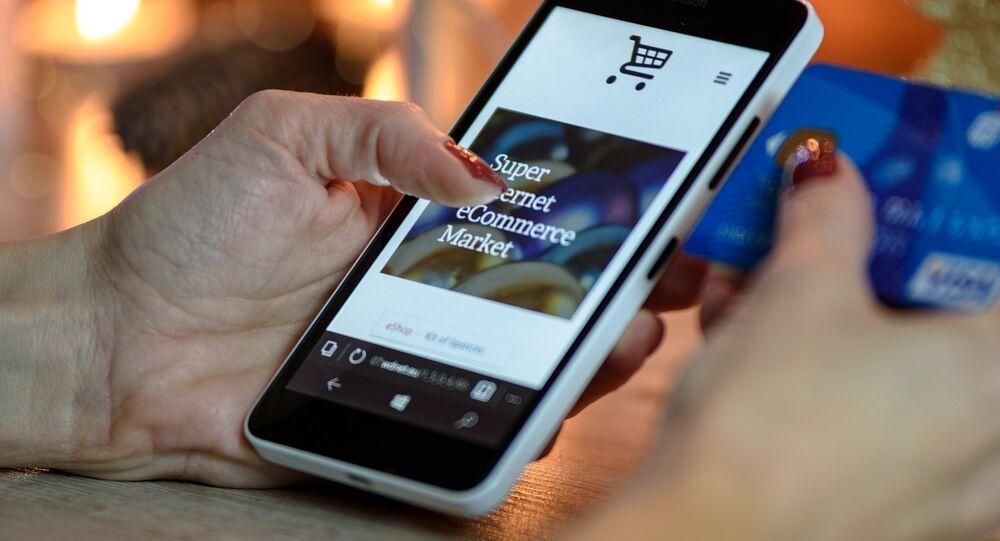 'Technology May Not Be Quite the Beneficiary It Was Expected to Be', Business Expert on Recession

According to Ofcom, UK adults spent a quarter of their waking day online during the lockdown. Alongside this, we’ve seen tech giants like Amazon and Netflix claim record profits as a result of the pandemic, but there are still some doubts about the stability of the tech industry in the face of coronavirus.

Professor John Colly of the Warwick Business School shares his views on the winners and losers from the latest tech boom and the challenge of the upcoming recession.

Sputnik: Throughout the pandemic, we've heard stories about tech firms massively increasing their wealth. But does that really reflect the state of the tech industry right now?

John Colly: No, it doesn't. And I think that's the point. Some tech businesses have done incredibly well out of this, such as Facebook, Amazon, Netflix and Zoom. Others really have had very difficult situations, such as all the ride-sharing apps like Uber and Lyft. Office sharing businesses: WeWork, Airbnb, the accommodation booking sites, and these all believe that they are tech. They sell themselves as being technology, but are they? Or are they just taxi firms, accommodation booking firms, office sharing firms on the grounds that pretty much everybody else in their industry has exactly the same technology. There's no technological advantage now. It's become the means of booking those services.

Sputnik: Now what separates those firms from the larger companies? You mentioned there that they are more services or they provide a service. Netflix, Facebook and Amazon, why do they stand out against those companies?

John Colly: Yeah, I think certainly in the case of Facebook and Amazon, they basically started their own industries. They were there in the very beginning. Facebook pretty much started social networking. Certainly they were first to commercialise it in a big way. They've built a position and there are strong network effects in that particular industry. What we meant by a network effect is that those kinds of sites, the more people who are on them, makes them more attractive for others. So some of your family are on, your friends are on and people at work are on, then you want to join. So it tends to lead to a winner takes all situation. This is pretty much the same with Amazon as well, in that the more suppliers are on the site, the more price competition, the more attractive it is for customers, the more customers it attracts, the more suppliers it attracts. So we've ended up with a winner takes all type industry, with quite high entry barriers.

© AFP 2020 / MIKKO STIG / LEHTIKUVA
Microsoft Abandons Its Video Game Streaming Service, Encourages Customers to Use Facebook Instead
Now if you want to enter social media, it's very difficult, you got to take on Facebook. Whereas say with Amazon you may argue don't bother, whereas someone like the taxi industry, there's always been low entry barriers. It's not been hard to attract drivers. We just pay them slightly better rates, provide some work and customers, now you just need an app. You need to publicise it, so the sphere of engagement is a city. So I'm here in Nottingham at the moment. There's a number of taxi firms here. All of them quite big ones competing away. They all have an app. It's not been hard for them to enter. They've all got plenty of drivers. And so I'm saying, well, so why is Uber the technology firm? It isn't really. It's just a taxi firm.

Sputnik: We seem to be entering a recession due to the response to coronavirus. How much will stock market instability affect the overall tech industry?

John Colly: Clearly some of them have got such strong positions. We've already seen it to some extent with Facebook and Google, whilst they're seeing much more usage, which will normally attract more advertisers. Advertisers have all been cutting back on the money they're willing to spend because of the recession. So whilst Facebook and Google are seeing far more traffic, in reality, they've actually been getting less advertising revenue because of the recession. And that's usually the first thing companies start cutting when, let's say, a recession is coming. They say, 'Right, we’ll advertise less'. Clearly, there are a lot of other things like cuts as well, but that's up there. So they're not going to, but they're such strong market positions. Competition is not the problem. It's the size of the market which is the problem for them.

Then on that level, such as office rentals, I do wonder whether that market is going to have major problems ahead, such as office sharing, on the grounds that we've all learned to work from home, and many people may not like working from home, but many do. So my guess is it's probably going to reduce demand anyway and a recession clearly reduces the demand for office space. And what we'll find is that office rentals will almost certainly fall. So my suspicion is quite a few of these businesses are not going to do so well going forward. Technology may not be quite the beneficiary it was expected to be.