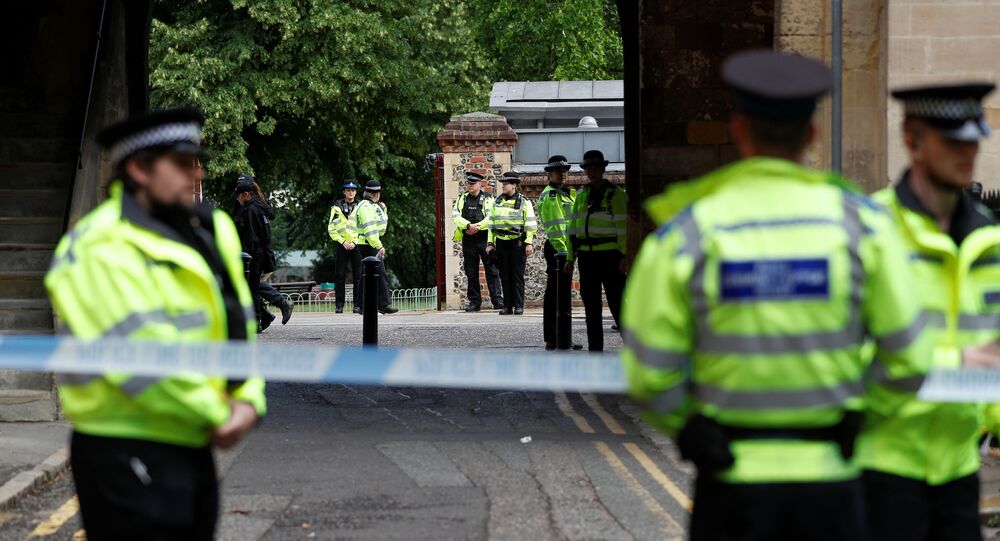 Police bosses urged victims of hate crime to come forward as they fear innocent people could be targeted after a suspected terror attack in Reading. The attack over the weekend left 3 people dead, and three others injured. The motives for the attack are not yet known, but the police have charted the murderer under the Terrorism Act of 2000.

Despite the media and the home office labelling the attack as Terrorism, as is revealed about the victims and attacked he case may as black and white. Should the media be more responsible when reporting upon these stories?

Professor Julian Richards Head of The Centre for Security and Intelligence Studies at the University of Buckingham shared his views on the ways in which the media may have misreported the initial attack.

Sputnik: Looking at the evidence, does this seem like a clear cut terrorist case to you?

Julian Richards: No. In fact, in some ways, this particular one looks a lot more ambiguous than many other attacks that we've had recently. I mean, clearly, there is a terrorist component to it, the man was eventually arrested under the Terrorism Act. But it's appearing from what we're hearing from the information that's gradually leaking out is that there were some other personal factors that may be at play here, including a mental health issue and also drug taking in this particular case. And of course, those two things might be linked to this particular individual may have had mental health problems resulting from drug abuse. So that doesn't mean we underplay it and say, it wasn't a terrorist attack. It may well have been but I think it looks a bit more complicated than some of the other clear cut cases that we've had recently.

Sputnik: Do you think it's responsible for the press to lead with these scandalous terrorist headlines when that may not be the case?

Julian Richards: Well, there are issues with that, of course. It makes for a more dramatic story, doesn't it? If something is a terrorist attack rather than just a crazy random sort of criminal attack. The press do have considerable responsibilities here and seem to have jumped too quickly in many, many cases in the past. I think this one's tricky because the police initially arrested a guy on suspicion of murder, but then explicitly said they were arresting him under the Terrorism Act. So, so in a way, they sort of opened the door for the press to say that this was a terrorist attack. So I don't think it was completely unfounded in a way and it may turn out to be that that was the primary motivation.

I mean, the fact that the guy in question had to come up on MI5's radar in the past is significant. We can't ignore that and say that there's no terrorist angle to this. So I think the media needs to handle these things with a great deal of care, and they don't always do so and terrorism always makes for a better story. But in this case, it is rather a complicated case and I'm not sure they haven't reported it appropriately.

Sputnik: Do you think there should be some limitations on what the press can show in the aftermath of a violent attack like this, such as the name and face of the killer? Is there a more responsible way of reporting on the attacks like this?

© REUTERS / Peter Nicholls
Reading Stabbing Attack: Terrorism Expert Says Prevention Relies 'Very Much on Intelligence'
Julian Richards: Well, this is an extremely complicated thing for the press itself. In a lot of cases in the past, individual media outlets have had real issues with it and a lot of internal discussion and disagreement about what should or shouldn't be placed on the front pages of newspapers. It was a particularly interesting case a few years ago in 2013, the Lee Rigby case where an off duty soldier was murdered in London. A lot of newspapers had a debate in their press offices about whether they should put images of the attackers on the front pages and gruesome images of bloodied bodies and so on. Generally they came down on the side of going ahead and showing these things. I think there's a couple of stakeholders here. So the state itself: in a liberal democratic country like the UK, we absolutely don't want to be regulating the media, any more than we have to. Free speech is really, really important and the public interest is really important. We want to leave all these decisions as far as we can to the media organizations themselves and to hope that they behave responsibly, and they will take the decisions that they take.

We know that in some cases they have been moved to not identify or glamorise the attackers. Within the media organisations themselves, there will always be strong countervailing forces saying: No, we've got to tell the truth. We've got to get the identities of these people, we got to say how it is we shouldn't be hiding anything. I think the general principle is, if it's in the public interest: the media organisations should be allowed to make sensible decisions themselves as far as possible and shouldn't be following any particular agenda and certainly shouldn't be coming under any pressure from the state to follow a particular agenda.