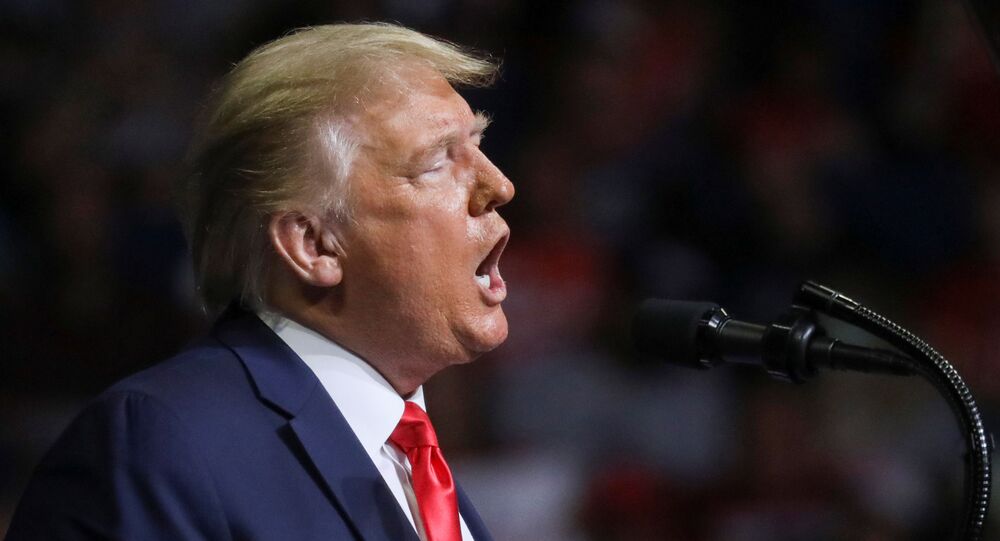 As COVID-19 cases surge in US states like Florida, California, Arizona and Texas, US President Donald Trump has advised his administration to slow down testing, a clear indicator of his inept response to the outbreak, investigative reporter and columnist Dave Lindorff told Sputnik Wednesday.

“It’s a basic kind of hygiene behavior to [get tested to] protect your friends and family … what Trump has said, he’s succeeded in convincing his rabid and rather low-wattage, poorly educated base that wearing a mask is a sign of being a liberal. They’re all going to get infected,” Lindorff told Loud & Clear John Kiriakou.

During his Saturday kickoff campaign rally in Tulsa, Oklahoma, Trump said he told officials in his administration to slow down COVID-19 testing.

Later Saturday, White House trade adviser Peter Navarro attempted to pull back on the president’s comments, telling CNN’s Jake Tapper on “State of the Union” that the president was “obviously kidding” during what was “a light moment for him at the rally.”

However, the president on Tuesday insisted that he was serious about slowing down COVID-19 testing and shut down claims that his comments were made in jest.

“I don’t kid. Let me just tell you. Let me make it clear,” Politico reported Trump as having told reporters Tuesday when asked about his remarks during the campaign rally.

“We have got the greatest testing program anywhere in the world. We test better than anybody in the world. Our tests are the best in the world, and we have the most of them. By having more tests, we find more cases,” Trump added.

“This is a guy who cares only about one thing: himself. It’s unbelievable. He’s just an ultimate narcissist,” Lindorff said.

“Nursing homes have been slaughterhouses, basically, for the elderly,” Lindorff noted, “and the reason was, they got low priority for the limited number of test kits for all that time that this thing was building up.”

The numbers of COVID-19 cases in many US states are surging in recent days. The Texas Department of State Health Services reported almost 5,500 new cases on Tuesday, while the California Department of Public said on the same day that it had confirmed over 5,000 new cases. Florida saw 5,511 new cases of COVID-19 on Wednesday, which marks the highest number of daily new cases in the state since the beginning of the outbreak.

As a whole, the US broke its largest single-day record of new cases, topping the record set on April 26 with a whopping 36,358 new COVID-19 cases on Wednesday.

“The important thing [to the Trump administration] is the economy, not the people. You know what’s really galling about this? The shutdown of the economy is a nightmare obviously. We’re going to have a depression, because you can’t stop all that spending, and you can’t lay off 40 million people or 50 million people, depending on how you count who's unemployed,” Lindorff said.

“So, half the labor force isn’t working in the US. So that’s not going to come back, and they’re saying 40% of the jobs or something aren’t going to be rehired anyway. So, this is a disaster, but it could have, given time to prepare for obviously a rise in infections, but the only way it would work would be if everybody did what they do in Asia. And when there’s an epidemic, even like an ordinary flu epidemic, everybody wears masks. They do work,” he noted.