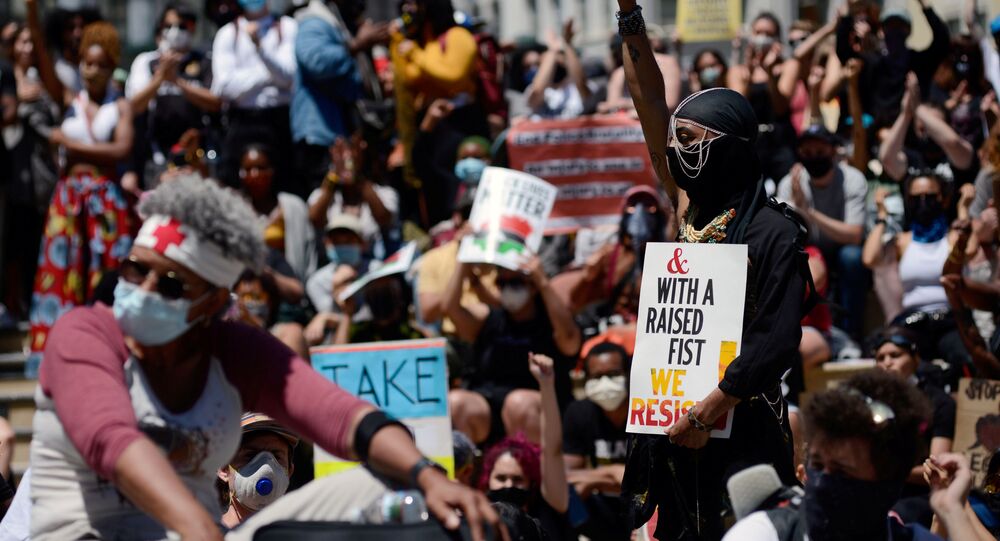 The massive strike was organized on Juneteenth, a day which commemorates the end of slavery in the US on June 19, 1865, by the International Longshore and Warehouse Union (ILWU). The day marked one of the US’ most substantial strikes in more than a decade.

“It was an honor to be part of that event last week, and we did something historical,” Smalls, who was fired from Amazon after organizing a walkout at a Staten Island, New York, warehouse in March and who has become a voice for labor rights, told hosts Michelle Witte and Bob Schlehuber.

“What I do see is that labor, which had been pretty silent on these issues for a long time - they were very active during the Civil Rights Movement of the 1960s … But in the last [several] decades, labor’s been pretty quiet on racial justice issues, but I think that has changed and is changing … it gives me a lot of hope that change is coming,” Kovalik, author of “No More War: How the West Violates International Law by Using ‘Humanitarian' Intervention to Advance Economic and Strategic Interests,” told Sputnik.

According to a report by Vice, the ILWU was one of the first labor unions in the US to desegregate its ranks in the 1930s. The union also protested against the internment of Japanese Americans in the 1940s, and in 1984 its workers declined to unload cargo from a South African ship for days in protest of Apartheid. The union also shut down ports in 2008 over the Iraq War and in 2010 after the killing of Oscar Grant by California police.

However, the ILWU also revealed that the International Longshoremen's Association, which represents workers on the East and Gulf Coasts, refused to participate in Friday’s strike.

Despite the magnitude of Friday’s strike, many media outlets failed to report on it.

“I don’t know if there’s something deliberate, but I do think, first of all, that labor certainly has been ignored lately … I do think the media kind of shrugs off their actions more readily. I also think, sadly, the media doesn’t understand the connections between racial justice and labor justice, so they don’t even know how to characterize what happened with the strike on the West Coast, which was a very profound event,” Kovalik explained.

“The one place where labor is growing is in sectors of the economy that have large worker bases of people of color … it’s impossible for any rational person to ignore these connections, but I do think the media hasn’t caught up yet,” Kovalik added.