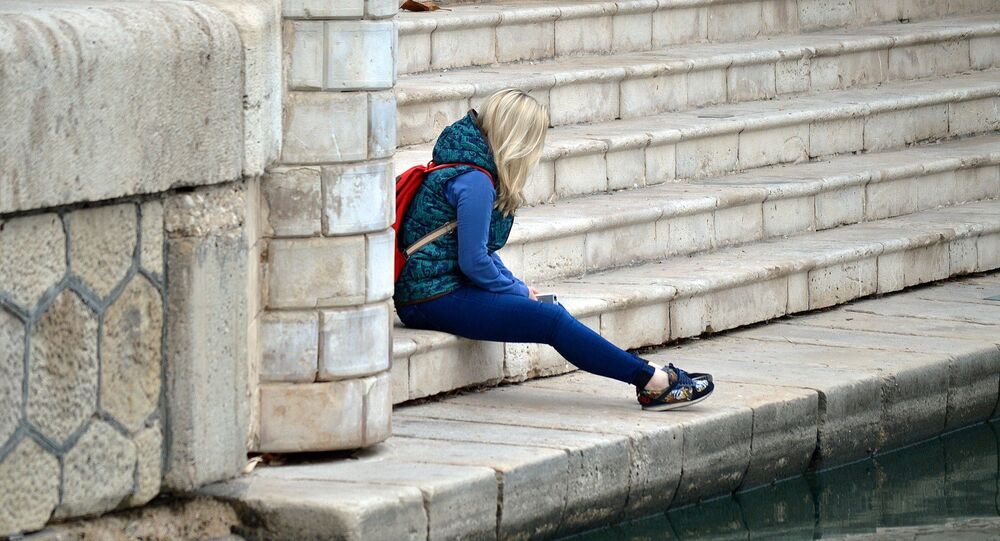 Therapist on UK Lockdown: Gov't Gives Updates, But Not Hope or Leadership in How to Care for Others

The British Red Cross has revealed that two in five adults in the UK feel lonelier under the lockdown and the tight limits placed on social contact. The revelations paint a stark picture of Britain as a society where a substantial sector lack regular face-to-face interaction and feel alone and uncared for.

Therapist Diana Parkinson is convinced that the impact of the lockdown has been immense and affected our sleeping and eating patterns, as well as our awareness of one another.

Sputnik: What effect has the lockdown had on the mental health of individuals - particularly people without a deep support network?

Diana Parkinson: I think it's been huge. If you think that particularly for grandparents, who are unable to hold and cuddle their grandchildren, and I know that when I have clients - I'm talking to people who've visited their parents or parents who are elderly - they don't take their grandchildren because they know their grandchildren would run up to the grandparents, would want to have a cuddle and, of course, we're not allowed to do that. It's quite heartbreaking, so it will be that one family member, the father or the mother, might make a journey on their own. Now they can visit their parent or parents, but they can't take their whole family.

It's really hard and one parent I spoke to said that they didn't take the children because it would have been more distressing for their elderly mother to actually see the grandchildren and not be able to touch them. All of us are unable to have normal interaction with one another anyway. Hugs and kisses and comfort from those we're close to, but not living with - it's heartbreaking. For some people, if they're elderly or not, well, this is the end of their life. So [it is] very depressing for them.

Sputnik: What problems does increased loneliness create down the line?

Diana Parkinson: If people are feeling terribly isolated right now, whatever their age, then I'd be concerned that their sleep pattern will deteriorate. They may go to bed much later, get up much later so they move on to the normal cycle that we have of daily living; they will not eat properly, some people won't eat enough food, some people will eat the wrong foods and that will have an effect on their physical and mental health. They won't feel a need to, perhaps, get up in the morning, get washed and dressed and make themselves presentable because they're not seeing anybody, they're not going anywhere. There's an exaggeration of the normal loneliness, but we need to, when we come out of this, be much more aware of one another.

I do think that some of that has happened in that I know if I go out, people are respecting that distance, but I think people are stopping and talking to one another more than they did before, because most of us are missing out on that social interaction. When we do bump into somebody, both people want to talk to one another. So, people will have more conversations, perhaps than we did before the lockdown, and maybe that's a good thing. I think in lots of communities, people are really looking out for one another. So, in some senses, people will get more attention than they did before.

Sputnik: What solutions can be explored for those still shielding in isolation?

Diana Parkinson: I think it's that we all need to be aware, because we've all had a taste of loneliness going through this so far; whereas at first it might have been a bit of a novelty, but now everybody is so tired of it. I'm hoping that we will come out of this being much more aware of one another; considering one another; being less selfish. Maybe less panicked about life, where it was quite frenetic before and people feeling they had to almost party all the time. Maybe we will be much more appreciative of real life and be much more considerate to one another, but we need to practice it. I think we do need something from our government which is missing. We're getting a lot of updates, but they're not giving us any hope. They're not giving us any leadership in how to care for one another. I think people generally are much more caring than perhaps the powers that be are, but the bit that we need to be developing is our care for one another, our valuing of one another, our kindness to one another, just considering one another. It is so important.

Years ago, when I moved to the village I live in, I think people were much more open to one another and it's now part of probably "London commuterland" and it changes and people are just so busy-busy, that they don't have time even for their own relationships, let alone others. If there's a lesson we can take out of this awful situation, it is to just be thoughtful about one another. Speak to one another, be kind to one another. That's what we need and it enriches all of us.