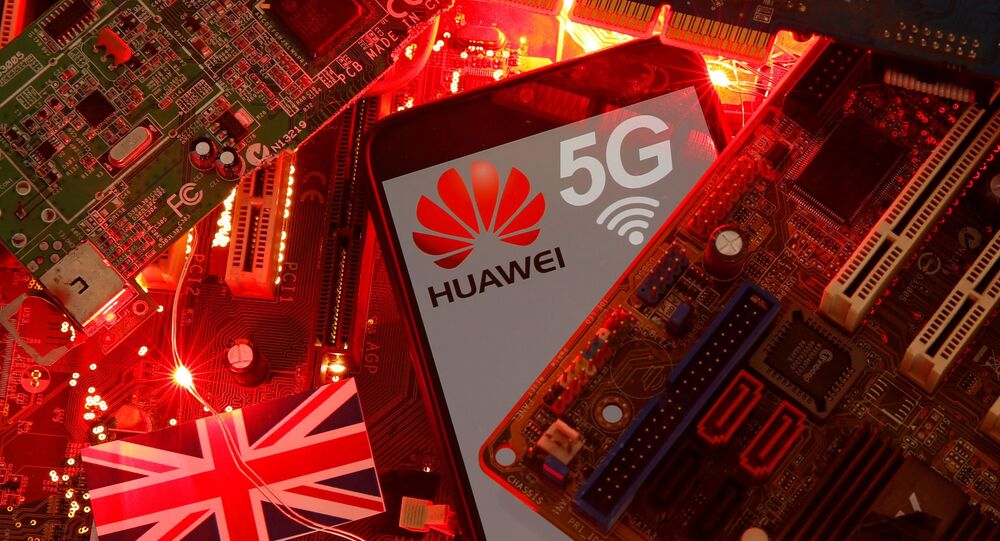 There’ve Been Many Cases Where the West Did Much of What They Accuse Huawei of Doing, Professor Says

In an interview with the BBC, Eric Schmidt, the former boss of Google, attacked China’s Huawei, stating that the company poses challenges to national security and has engaged in unacceptable acts. Mr Schmidt went on to say that the West should respond by competing with China and its technologies rather than disengaging with it.

Tom Harper, an assistant professor at Neijiang Normal University in China, has noted the unfortunate timing of the accusations made by Google, when the tech giant itself is experiencing security issues.

Sputnik: Does Huawei actually pose as big of a threat to national security as former Google boss Eric Schmidt suggests?

Tom Harper: Well, with the accusation that Eric Schmidt made, what’s interesting is again that it mirrors a lot of the claims that have been made by government figures, particularly in the US, that go on about Huawei being associated with Chinese intelligence activities. What I believe has been the case is that they have often presented these, but they've not really presented anything in the way of convincing evidence to prove that this is in fact the case - which is one of the reasons why very few countries have actually bought into this narrative.

What has also been interesting recently is it's been mentioned that Google Chrome has equally had a lot of security issues, so the timing of it is unfortunate. As with the accusations often made against Huawei, whilst there has never been much convincing evidence about it, there has always been a lot of cases where Western governments have done much of the things they accused Huawei of doing - most notably the Crypto AG scandal a few years back. In many ways this is tied back to a wider campaign against it, but again it hasn't really been successful in convincing many to reject the company altogether.

Sputnik: Could the UK be forced to pull out of its 5G rollout agreement with Huawei in order to achieve a post-Brexit trade deal with the US?

Tom Harper: That will most certainly be on the table, that's for sure. It's certainly being pushed by figures in the government now, because there have been threats of a potential backbench rebellion. So there's both international and domestic pressure, but at the same time there's also further pressure of doing business with China, because there've been fears, particularly from China's ambassador, that if Britain does go back on it, it might raise questions about Chinese investment in this country and of course that is going to pose another problem. In light of COVID-19 and now Brexit, this is going to be an economic cost that perhaps we can't really afford. So either way, it'll be pressure from both sides.

Sputnik: How would such a decision, to abandon Huawei, affect UK-China ties?

Tom Harper: Well, as I said before, it would raise quite a few questions, because again in the past, Johnson appeared to be sort of reviving Cameron's idea of a golden age of a Sino-British partnership, but if they do decide to pull out of this it will raise a lot of questions. Again, one of the big arguments for leaving the EU was that Britain could cut deals with countries like China and if it looks like we're just going to cut it, it will raise questions about further Chinese investment in this country. As I said before, we need this investment because the economy is not going to be in good shape, especially after the virus. We need to build of mutual trust for this to go ahead. In some ways this decision will have very grave consequences for that.