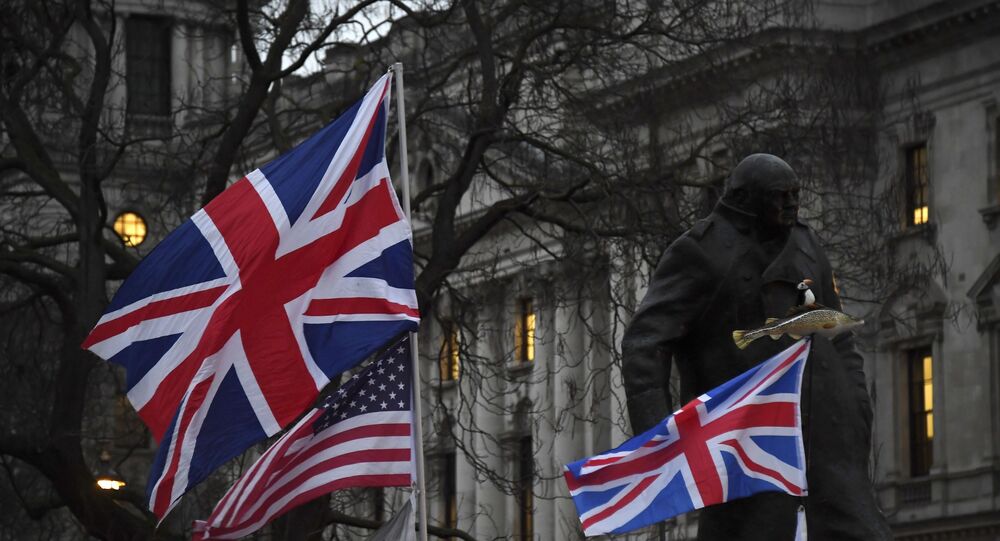 According to reports, President of the European Commission Ursula Von Der Leyen could be set to convince her counterparts in Brussels, to accept a so-called bare bones Brexit deal.

The arrangement would likely focus on ensuring that smooth trading ties are maintained, as both the UK and the EU’s economies have taken a hit, during the ongoing Coronavirus Pandemic. Journalist David Lindsay gave his views on the matter.

Sputnik: Will European Commission President Ursula Von Der Leyen’s proposals for a bare bones Brexit deal be accepted by the rest of the EU member states?

David Lindsay: I think that because it is not ultimately up to her, it is up to the governments of the member states, that they will have to go beyond that and go back to where we were before.

A very simple, almost no-deal Brexit is not acceptable to a number of governments inside the EU, and they all have to agree on it.

Sputnik: Could British Prime Minister Boris Johnson go back on his pledge not to extend Article Fifty past the end of 2020?

David Lindsay: He certainly could do that, and I think that he probably will. Then there would be serious problems inside his own party, but he has the right of his party rather captive; they wanted him as Prime Minister, they made him leader of the party and thus Prime Minister in the first instance. They really can’t say anything about him, because they don’t have anybody else.

Sputnik: Will the EU’s or the UK’s economy be more badly damaged by the Coronavirus Pandemic?

David Lindsay: The Eurozone has taken a very bad hit and been unable to deal with it, especially in Italy, but I would say that on balance; the British economy will be more badly damaged by the Coronavirus Pandemic, because the management of this whole crisis by this government has been incompetent from start to finish.

We need a more self-sufficient and protectionist economic policy in relation to the rest of the world, and far more state direction of economic activity within this country.

© REUTERS / POOL New
Germany Calls on EU to Brace for Possible Brexit 'No Deal 2.0’, Leaked Doc Reveals
On that latter point; which is made much easier by Brexit, this was something towards which Boris Johnson and Rishi Sunak were moving anyway, so we are going to be seeing a lot of big infrastructure projects and that sort of thing.

There will be a Keynesian stimulus, some form of Universal Basic income, although they will probably never call it that, they want to put lots of money into the hands of people so that they go out and spend it, that is what we need, and I think that we are going to get some form of that.