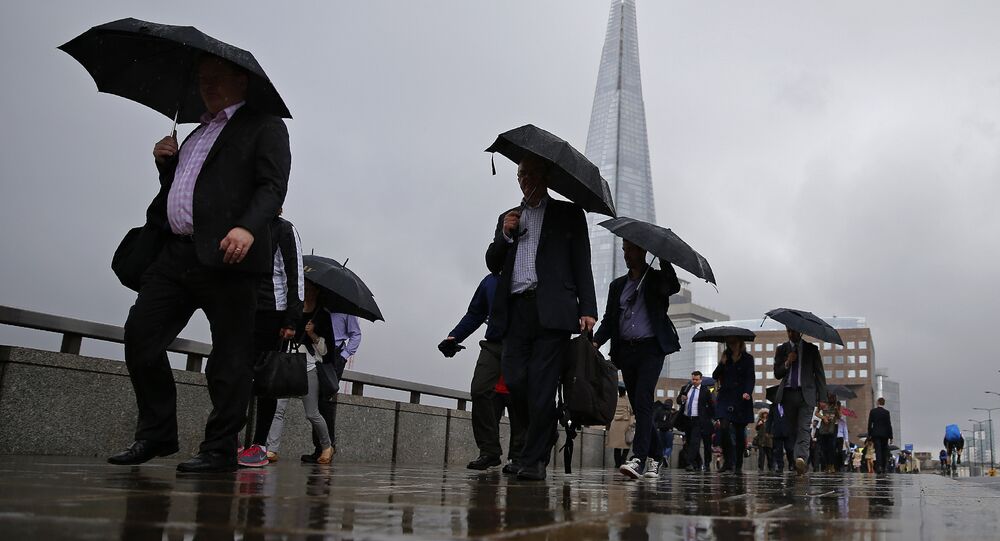 UK Labour Crisis: What Awaits Markets as They Aim for Rebound

At the height of the coronavirus outbreak-induced lockdown measures in May, claims for jobless benefits went up by 529,000 across Britain, taking the total claimant load to 2.8 million, more that 1.5 million up from the previous month, as per the figures released Tuesday by the Office for National Statistics.

Early indicators for May show that the number of employees on payrolls went down over 600,000 compared with March, says Jonathan Athow, deputy national statistician for economic statistics at the UK Office for National Statistics.

The claimant tally was up again, though not all of these people are necessarily unemployed, he notes.

The measures currently being taken, however, appear to somewhat conceal the actual unemployment rates.

The real state of today’s UK labour market "has been disguised by wage subsidies covering nearly 9 million jobs", says Christopher Bovis, professor of international business law at the University of Hull, the East Riding of Yorkshire, adding that a more distinct picture will be available no earlier than August, when employers will have to start making contributions to the labour costs, now covered by taxpayers in the form of furlough schemes.

Citing the example of European countries, where stock markets have been supported by the promise of quantitative easing bond buying by central banks, Bovis points out that likewise, the Bank of England is expected to add a stimulus package on 18 June, with a potential exposure of £150 billion.

The latter, the academic says, implies that the quantitative easing measures are designed to function by buying government bonds, which is to trigger a larger-scale domino effect, as investors will then move to buy other assets.

"However, there are concerns that could inflate asset bubbles. It has been attributed for the rise of stock markets that in the case of the US are almost back where they were before the crisis, even though it is clear that economic activity has been severely affected", Bovis explains.

The professor acknowledges there is now no easy solution for Britain, especially in light of Brexit and pending trade agreements and as the country is in limbo over a potential replacement for the single European market.

© REUTERS / POOL New
Start of the first round of post-Brexit trade deal talks between the EU and the United Kingdom, in Brussels, Belgium March 2, 2020.

However, he says, financial markets "must remain positive and avoid panic reactions through responsible leadership examples".

Admitting that there will surely be some adjustments for stock and debt markets etc., "the prognosis is that the markets will perform stronger if low tariffs and free trade underpins commercial relations in many sectors across the economy", Bovis sums up.

As the UK eventually moved into the second phase of relaxing its lockdown, as many as 11 million job are now up for state compensation, with a furlough programme worth around 60 billion pounds ($75 billion) due to run until the end of October. A similar plan for the self-employed has also been devised and is expected to contribute to the cost.