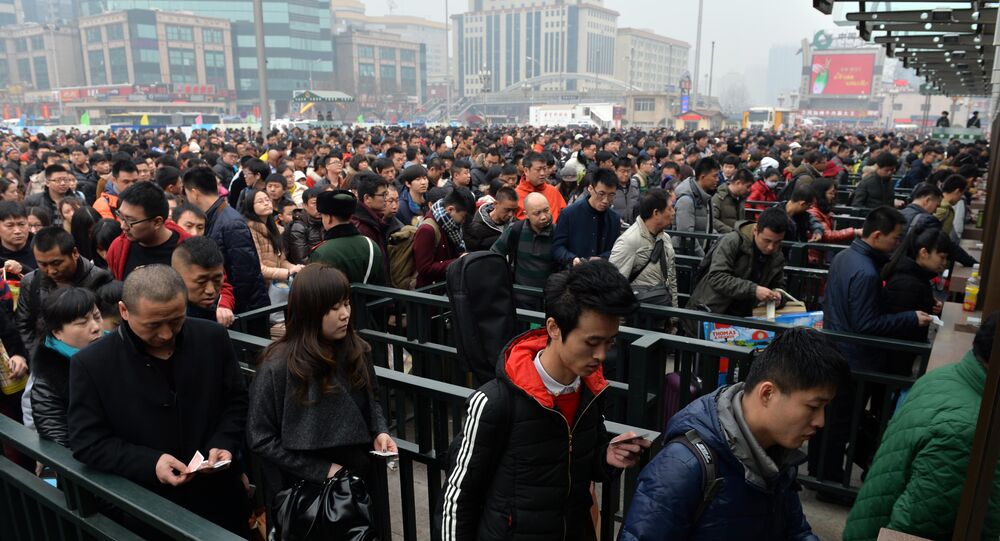 Asian Lives Matter: What's Behind Growing Anti-China Sentiment in the US and Australia?

Black Lives Matter's anti-racism protests have brought the African community's ire and aspirations to the forefront, overshadowing the issue of growing anti-Chinese sentiment in the US and Australia. International observers have looked into the trend, and are trying to explain why Asians remain unheard amid the George Floyd demonstrations.

The racial dilemma goes far beyond the discrimination against blacks in the US and worldwide: Beijing is sounding the alarm over allegedly growing racism against the Chinese in Australia and the US. China’s Ministry of Education warned about an increased discrimination against Asians following the COVID-19 pandemic which was first reported by officials in Wuhan, China.

In response to Beijing's accusations, Australian Finance Minister Mathias Cormann assured CNBC that Australia is "welcoming" and "friendly". The country is interested in Chinese students as their annual payments for education amount to 12 billion Australian dollars ($8 billion), according to Reuters.

China and Australia have been locked in a diplomatic spat since Canberra called for an independent international investigation into the origins of coronavirus in Wuhan, largely echoing US President Donald Trump's stance. From the beginning of the outbreak in the US, Trump has repeatedly called SARS-CoV-2 a "China virus" and did not rule out that the virus "escaped" from a Wuhan virology lab. According to May polls, cited by Politico, anti-China sentiment is on the rise in the US.

"The racial attack incidents towards Asian-Australians do exist, reaching an unbearable degree already," says Dr. Ching Chang, a research fellow at Taiwan's Society for Strategic Studies in Taipei. "Actions taken by the politicians are obviously under very sophisticated background including diplomatic pressure from Beijing as well as social awareness in Australian society itself."

According to Dr. Chang, the Australian government's row with the Chinese is "literally an extension of the rivalry between Beijing and Washington to the Australian soil".

Still, he admits that Australia has had incidents of discrimination for a long time, stressing that ill-treatment of the indigenous aboriginal population in the country is far worse than the supposed bias against Asian students.

Referring to the growing anti-China stance in the US, O'Neill admits that the Trump administration has considerably contributed to the current discriminatory attitude towards China and its citizens visiting the US.

"This is better understood in my view as a reflection on the rise of China’s economic and political power rather than as a purely racial question per se, although that is also a factor", he opines.

The Roots of Asian Discrimination in the US

Although the Black Lives Matter movement has recently stolen the show in the US, there has been a long record of discrimination against Asians, who were initially brought to the US in the 19th century to work on transcontinental railroads, recollects Michael Springmann, an American lawyer, author and former diplomat.

Following the first waves of immigration, the Chinese Exclusion Act of 1882 prohibited Chinese migrant workers from entering the country for ten years and placed certain restrictions on the Chinese who had already arrived in the US. After the Act expired in 1892 it was repeatedly extended by the US Congress before being repealed in 1943. Yet another discriminatory legislation, the Naturalisation Act of 1870, barred the Chinese from naturalisation while extending citizenship to African Americans. Later, during the Cold War era, the anti-Chinese stance in the US was largely fanned by a geopolitical rivalry between the capitalist and communist blocs.

According to Springmann, the current hike in discriminatory attitudes against the Chinese in the US is influenced by the COVID-19 pandemic first registered in China. Chinese Americans, including those with partial ancestry, constitute roughly 1.5% of the American population, while African Americans, who have recently kicked off the nationwide Black Lives Matter protests, account for 13%. But it's not the only factor why the blacks' voice sounds louder, the ex-diplomat believes.

"In the United States, the so-called 'black lives matters protests' have been whipped up and organised carefully both in the United States and in Europe to concentrate on Donald Trump because the election is about five months away. Anything they can do to lower his prospects for reelection, they will," Springmann emphasises.

The former diplomat suggests that some groups are interested in the protests to promote their political agenda while rioters and pulling down statues and trying to rewrite American history. "It's essentially social engineering," he underscores, adding that the left-leaning mainstream media is doing its best to fan the flames.