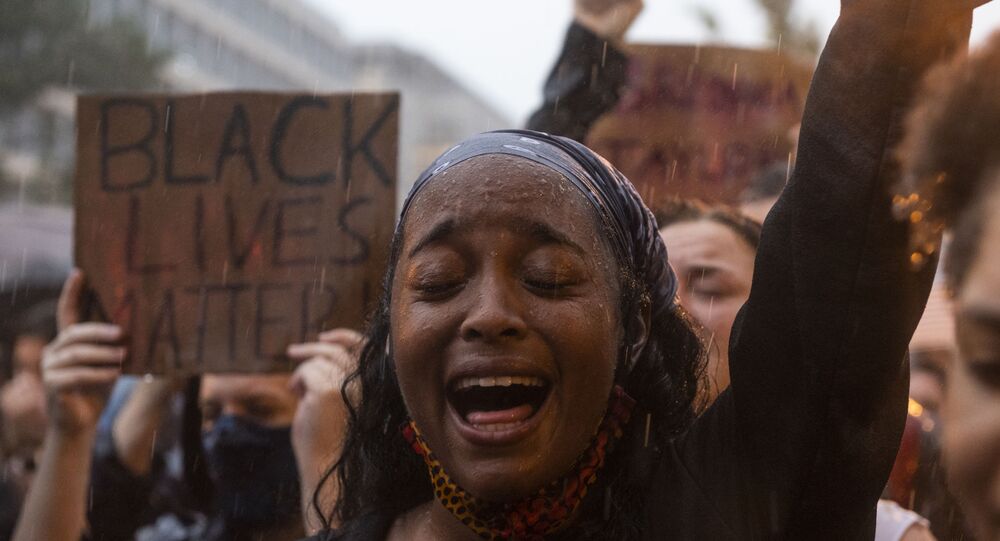 Amid raging protests across the US, Donald Trump has come under fire from authorities in Washington State, following his pledge to restore order to a so called police free area in the city of Seattle, which had been overrun by what POTUS called "domestic terrorists."

Mitch William, Political commentator and a Scottish Brexit Party Campaign Manager for the last EU elections, has discussed in an interview with Sputnik if the US president is right in taking a tough stance towards the ongoing demonstrations and whether British Prime Minister Boris Johnson should do more to back the police as they attempt to maintain public order in the face of mass protests.

Sputnik: Do you think that groups such as Black Lives Matter have other agendas apart from promoting racial equality? If so; why are the mainstream media failing to point this out?

Mitch William: Black Lives Matter have an agenda far beyond racism. Their GoFundMe page states that they want to abolish the police and abolish capitalism, however they do not offer up any viable alternatives. They also want to fight against imperialism and the patriarchy, and in my view; they are far too late on both of those fronts.

They appear to be a far-left anarchist organisation hiding behind the slogan Black Lives Matter, but it’s that slogan that deters the media from calling them out for what they are. Nigel Farage called them it, and for whatever reason, he is no longer at LBC. In the long term; I see them creating division and harming equality.

Sputnik: What is your take on Trump’s handling of the protests in the US?

Mitch William: Donald Trump has displayed decisive leadership throughout. He made all federal resources civil and military, over a week ago available, in an attempt to restore law and order and bring back normality.

He deployed the US National Guard in support of the police when protesters were dominating streets, and I think that we need more Trump-like decisions in the UK to be honest.

Sputnik: Should the British police take a tougher stance towards violent protesters if they attempt to tear down statues once again this weekend?

Mitch William: I was quite shocked to see the police simply spectate as the statue of Edward Colston was torn down and thrown into the sea. To be honest; tearing down history is awkwardly fascist, and either way, we must maintain our heritage and tell all sides of the story.

The police should be cracking down on all of the violent and malicious protesters, and infantry and commando units should be deployed if need be, after all; they have declared war on our heritage, and they must be stopped at any cost.