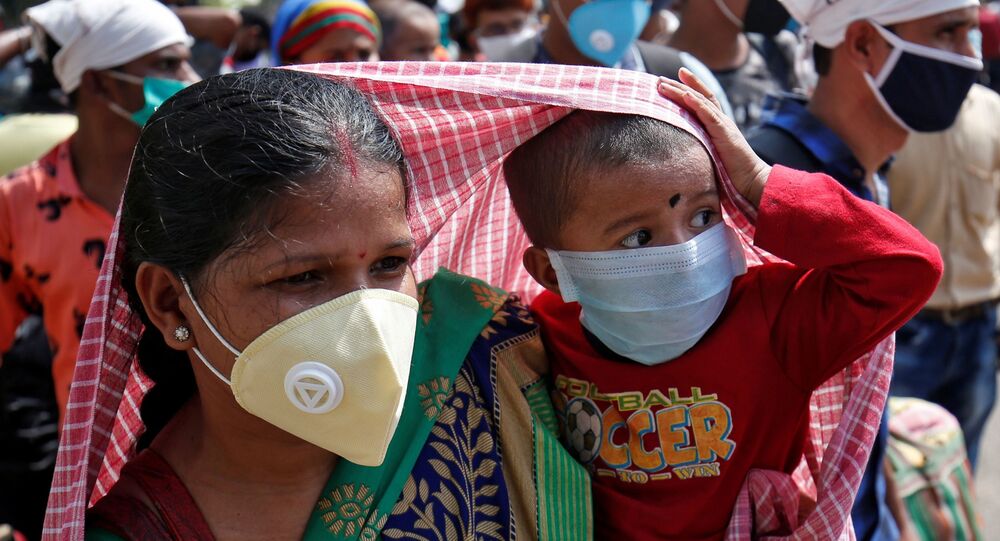 New Delhi (Sputnik): India’s Prime Minister Narendra Modi announced a countrywide lockdown from 25 March to contain the coronavirus’ spread and prepare for the worst. However, the relaxation of the lockdown in May has brought the number of COVID-19 cases to 286,579 and 8,102 deaths, revealing the poor state of the government’s medical preparedness.

Pointing out the paradox where migrants are being sent home to their villages and factories are being opened to revive the economy, Nilanjan says that in the middle of this, all the emphasis of the home minister in his three speeches is essentially tom-tomming between what the government did between 2014 and 2019. Further, he is reiterating four or five very politically divisive decisions which were taken in 2019, the political commentator says.
© REUTERS / ADNAN ABIDI
Indian Home Ministry Denies Claims Amit Shah is Going to Meet Anti-CAA Protesters in Delhi

However, Nilanjan says: “The entire emphasis right from prime minister’s letter to the citizens to Amit Shah’s three virtual rallies, then the talking points which have been prepared for its spokespersons and its party presidents’ press conference on 30th of last month; all this is saying that we have done enough for the people to overcome the crisis faced due to COVID. We did enough for the migrants. We have done enough to revive economy”.
© AFP 2020 / Photo by Handout / PIB / AFP
Row Over Modi's Controversial COVID-19 Fund Intensifies as Public Seeks Transparency